Huge spoilers come with the newest photos out of Northern Ireland! | Watchers on the Wall | A Game of Thrones Community for Breaking News, Casting, and Commentary 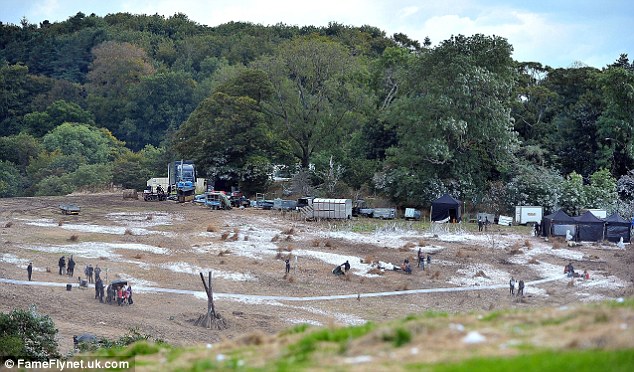 The latest photos from Northern Ireland, courtesy of the Daily Mail, bring with them a huge spoiler and a visual confirmation that fans have been waiting for.  We’ll get right to it, and tuck that photo beneath the cut!

A photo of Kit Harington, at work on a snowy field, confirms what pretty much everyone knew by now: Jon Snow has returned from the dead and will be gracing our screens in season 6. 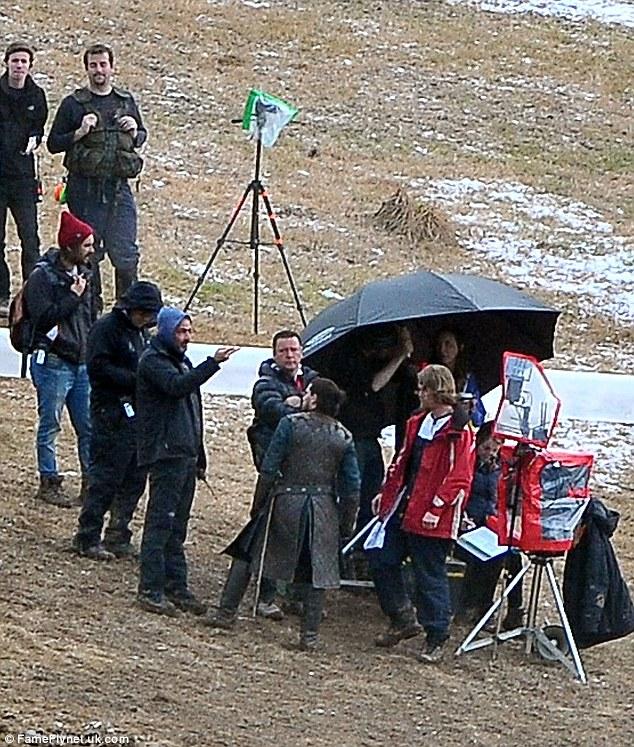 Kit as Jon appears to be wearing Stark-style clothing, rather than Night’s Watch black clothing as he has been since season 1. He really has returned as a new man!

The Daily Mail believe the woman under the umbrella to be Carice van Houten, but I don’t think so.

Our sources have been reporting for some time that Harington was working on a major battle sequence in N.I., around Saintfield.