Volume I of George R.R Martin's history of House Targaryen may be released in 2018 | Watchers on the Wall | A Game of Thrones Community for Breaking News, Casting, and Commentary 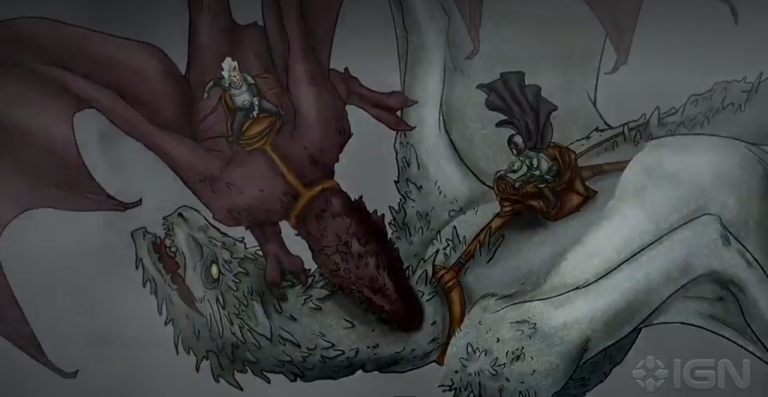 Oh, Targaryen fans, are you in luck! George R.R. Martin hopped onto his Not A Blog earlier today to announce, among other things, that his history of House Targaryen, Fire and Blood is going to be split into two volumes for length.

“We have so much material that it’s been decided to publish the book in two volumes,” Martin wrote, by way of explanation. Volume I is expected to be released in late 2018 or early 2019 and will cover Targaryen history from Aegon’s Conquest through the regency of Aegon III. More specifically – and excitingly – it will include an in-depth account of the Dance of the Dragons, expanding upon the material touched upon in Martin’s other short stories, “The Princess and the Queen” and “The Rogue Prince.”

The second volume will continue the history from Aegon III all the way up to Robert’s Rebellion. It has no release date and Martin suspects its publication is still years away.

Speaking of, ahem, no released date … Martin still isn’t sure when The Winds of Winter will be published:

“I am still working on it,” Martin wrote. “I am still months away (how many? good question), I still have good days and bad days, and that’s all I care to say. Whether Winds or the first volume of Fire and Blood will be the first to hit the bookstores is hard to say at this juncture, but I do think you will have a Westeros book from me in 2018… and who knows, maybe two. A boy can dream …”

I should mention that the focus of Martin’s actual blog post was a reminder that the anthology, The Book of Swords, which contains his short story “Sons of the Dragon” about Aenys I and Maegor the Cruel, is still set for release on October 10. Amazon is taking pre-orders … but Martin pointed out that your local bookstores probably are as well.