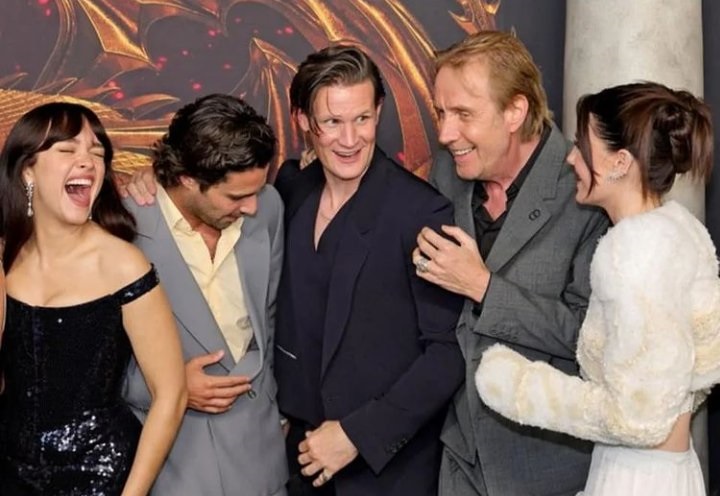 There’s less than a month to go until we all get to enjoy the premiere of House of the Dragon, but the wait is over for a lucky few as of last night! The world premiere took place, with a red (okay, dark) carpet, complete with the cast and the unveiling of the first episode. You can check out pics and interviews from the event HERE, but most importantly, how was the episode?! Was the series premiere a bomb or a hit? Let’s find out!

(No, there are no spoilers!)

So says this collection of fine folk across Twitter, creative minds and critics:

The #HouseOfTheDragonHBO pilot very efficiently explains its context in relation to GoT, introduces its core characters, and lays out the central conflict of the series. It's an easy to follow premiere with vibrant colors and detailed texture. Absolutely a worthy successor so far pic.twitter.com/3lARILHfuv

Here's something I think I can say to stir the pot until 8/21. There is something in the premiere episode of HOTD that would be considered high ASOIAF heresy were it not the active involvement and blessing of GRRM. I'm very curious what the theorycrafters will do with it. https://t.co/O06z2BeXZo

I did not like the last season of #GameofThrones. At all. But I’ll admit the series premiere of #HouseOfTheDragonHBO is really well done and I’ll definitely continue watching. After the episode ended they showed an extended preview of the season and looks cool. pic.twitter.com/wzuIMkZWe0

Beyond honored to have been invited to #HOTDPremiere ! I can't wait for you all to see this show!!! It's a difficult task to follow up GoT but I can tell you THEY KILLED IT!! #HouseoftheDragon pic.twitter.com/BlI4CPlV3J

Woah. @HBO house of the dragon is VERY good. #HouseoftheDragon

Kim Renfro‘s take on the premiere, shared with A Cast of Kings:

NEW BONUS EPISODE: Kim Renfro attended the House of the Dragon premiere! She shares with David Chen what the vibes were like and how they compared to previous Game of Thrones premieres. (No spoilers) Listen/subscribe: https://t.co/6GmCfGyncw

A uniformly positive take on the world premiere, all things considered! I promise I didn’t ignore anyone saying it was trash. The results are incredibly promising- so much so that I suspect we’ll see huge ratings and a season 2 renewal on August 22nd.

Feel free to share in comments any more reactions you find!