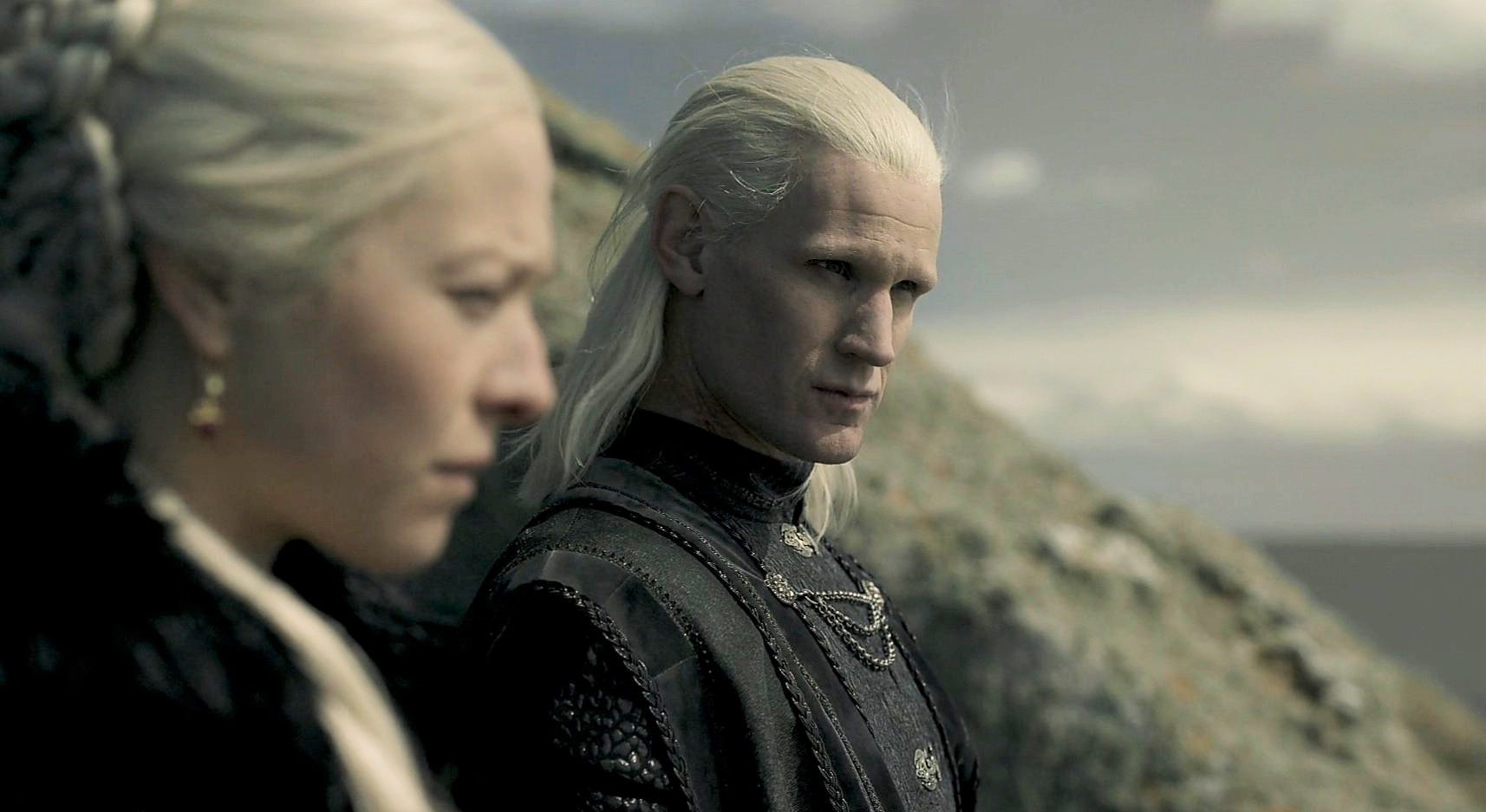 Hey there, friend! It’s me again. Remember me? We used to hang out weekly after Game of Thrones episodes premiered? I was the guy that told you what everyone thought about the latest Game of Thrones episode. And then you told me why they were wrong, and sometimes even why I was wrong? Yes, those times! Hey, don’t blame me, I’m not the reviewer here (except when I am). Anyway, wanna see what the critics had to say about the first 6 episodes of House of the Dragon? Me too! Let me just real quick remind everyone how this works…

Every week, I’ll be deconstructing the multitude of reviews out there, boiling them down to one short summary sentence that will perfectly encapsulate what the original author was saying, no questions asked…and by that I mean that I will deconstruct whole essays down to one sentence apiece, often quoting them verbatim. What I will do is attempt to summarize the original review as best I can, and if my tease whets your appetite for their style of review, you are encouraged to head over to their site and let them know…after of course letting us know your thoughts in the comments below. One more note: This week is the only time the review roundup will be for multiple episodes at once, given it’s the first time in a loooong time critics have been provided the episodes in advance. Moving forward, this list will pertain to weekly reviews of individual episodes.

What did the Internet think of HBO’s House of the Dragon?

Alan Sepinwall, Rolling Stone – In which the spinoff proves a poor test for the less-is-more theory of George R. R. Martin collected works, and HOTD is filled with uniformly dull characters who exist merely as a calculated piece of brand extension for the newly-merged Warner Bros. Discovery.

Belen Edwards, Mashable – In which HOTD is excellent through and through, juggling memorable characters, high fantasy, and intense emotions with practiced ease.

Ben Dowell, The Times UK – In which HOTD promises to be the new GOT, but only slightly different, and I can’t read the rest of the review because I don’t have a subscription.

Brian Tallerico, The Playlist – In which the narrative is more tightly focused at the start, but the mid-season recasting of major characters in an attempt to age them holds a different, more somber energy, if episode 6 is anything to imply of the final 4 episodes.

Daniel D’Addario, Variety – In which the four actors playing Rhaenyra and Alicent are excellent, shading and evolving their relationships when the script doesn’t deliver their requisite nuance.

Daniel Fienberg, Hollywood Reporter – In which there are a couple of midsize battle scenes, but they’re less effective than the suspense built in smaller and more intimate conflicts or any time anybody is about to have sex.

Darren Franich, Entertainment Weekly – In which Daemon Targaryen is the walking personification of a TV-MA rating, but the show features a lack of breakout supporting characters without a Sam or Hound in sight.

Helen O’Hara, IGN – In which King Viserys is the most interesting character, if the least showy, finding the patriarchal limits of Westeros society, and a king with blind spots and complexity.

John Anderson, Wall Street Journal – In which the unnervingly violent, unwaveringly self-important HOTD is a success dramatically, as captivating as any season of GOT, and that’s all I can see without a subscription.

Kelly Lawler, USA Today – In which HOTD’s story of family angst amid the dragon-taming Targaryen clan is just not nearly as interesting as the heyday of Lannisters, Starks, and Littlefinger.

Kim Renfro, Insider – In which the new series excels when it slows down, allowing the viewer to be drawn in by two people talking or scheming behind closed doors, allowing HOTD to nail the underlying draw of Westeros as a backdrop for oppressive political systems, murder plots, and familial power struggles.

Lauren Sarner, New York Post – In which HOTD’s sex scenes are more tastefully filmed, depicting nudity of both women and men, but it remains to be seen whether wider audiences will get over their ire of GOT’s ending.

Lucy Mangan, The Guardian – In which for those concerned, it contains: bloody beatings, bloody deaths, terrible wigs, extensive exchanges in High Valyrian, boobs and bums in brothels, incesty vibes, a king’s council filled with self-interested twunts and one good man, countless brewing political, domestic, and actual storms, alliances, counter-alliances, treacheries, and broken loyalties, all the money up, up on the screen, and dragons.

Meghan O’ Keefe, Decider – In which HOTD is a meaty political drama set in a lush fantasy world ruled over by dragons, where battle scenes can be described as metal AF and set pieces that use the characters’ emotions as well as magical beasts to thrill and delight.

Mike Hale, New York Times – In which the characters are flat, and the filmmaking feels rote as well, but without GOT’s zippy special effects, with exception given to a knockout jousting tournament.

Nick Hilton, Independent – In which HOTD is bigger, bolder, and bloodier than GOT, and that’s all I can read because I don’t have a subscription.

Stephen Kelly, BBC – In which it’s a rich, textured work, sharply written and handsomely directed, with a budget that far outstrips season of GOT.

Thanks for joining. This might not be the final list I start using on a weekly basis, given too many of these require subscriptions, but we’ll have to see. Some of these reviews are overly negative, and others are overly positive. Me? I’m gonna take it as it comes. While I’ve never been a book stan, I certainly know the original series and books very well. I’ve only read Fire & Blood once, and while I very much enjoyed it, I’m not as immersed in the lore as others, so I’m excited about what’s to come, without fear of wondering what they got “wrong.” If it’s good TV, I frankly don’t care. So, bring it on!

Given this is the final week any of us will have an excuse for saying “I haven’t seen any of House of the Dragon yet,” what do you make of these reviews? Sound off in the comments below.