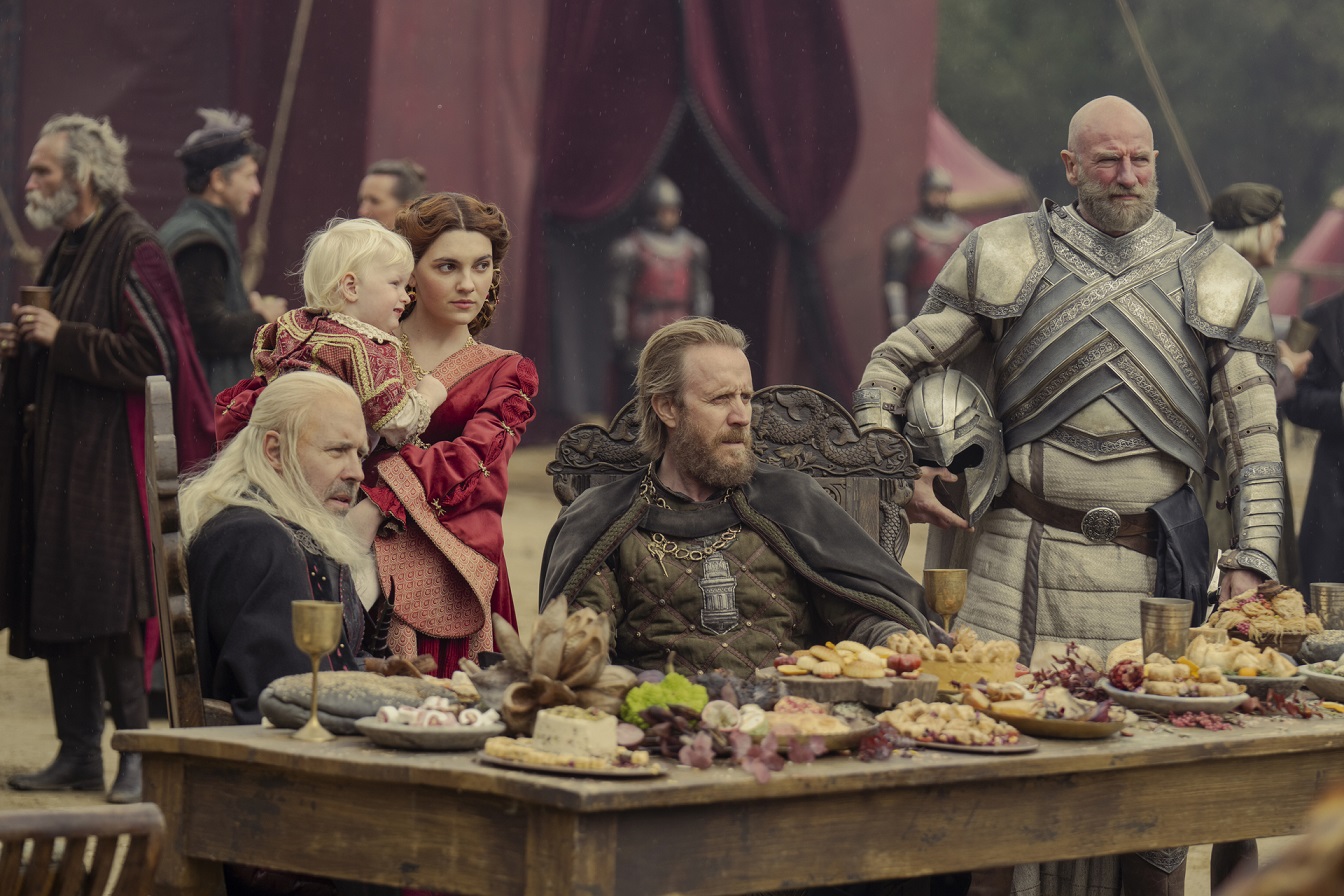 Happy House of the Dragon Week episode 3 week, everyone! Remember me? It’s me from just last week! Wait, you don’t remember? Ah, that’s OK. I’ll remind you what I’m doing here. Every week, for each new episode of HOTD, I’ll be deconstructing the multitude of reviews out there, boiling them down to one short summary sentence that will perfectly encapsulate what the original author was saying, no questions asked…and by that I mean that I will deconstruct whole essays down to one sentence apiece, often quoting them verbatim.

What did the Internet think of HBO’s House of the Dragon episode 3, “Second of His Name”? Well, once you’ve consumed Sue’s Sullied take, why don’t we find out what everyone else had to say:

Alec Bojalad, Den of Geek – In which HOTD’s inflated budget is put to the best use during Visery’s hunt, and the scale of the occasion is truly immense and impressive.

Belen Edwards, Mashable – In which the ways by which Fire & Blood was changed on its journey to the screen as HOTD are broken down, most notably in this episode, the addition of the hunt being a great way to delve into the festivities [book] Alicent held for her children, while bringing the building tensions between characters to the forefront.

Glen Weldon, NPR – In which the pace is quickening, the plot is thickening, and a third dragon gets added to the slooowly growing roster, with a fiery and efficient debut.

Hillary Kelly, Vulture – In which it’s bizarre to see any king so loved in Westeros, especially with the foreknowledge that so many of the rulers in the continent’s future are winos, tyrants, and blond terrors hell-bent on cruelties.

James Hibberd, The Hollywood Reporter – In which GRRM’s least favorite scene in Game of Thrones was rectified with this episode of HOTD.

Jeremy Egner, New York Times – In which it was fun to see a “Thrones” battle again even if the setup seemed improbable, with the archers missing so, so many times before finally lodging a few in Daemon, but then again, logic-defying things routinely happen in action scenes, though, and what does he [Jeremy] know?

Jenna Scherer, AV Club – In which there’s a heaping pile of exposition in this episode as the writers try to prevent us from confusing our Rhaenyras with our Rhaenyses, and our Velaryons with our Valyria.

Kelly Lawler, USA Today – In which it feels mostly like a series of plot contrivances to create conflict between characters that aren’t fully formed, and leaves all the character development offscreen that a series typically needs to get the audience to connect with its heroes and villains.

Kim Renfro, Insider – In which some things you might have missed are noted, such as the parallels between King Robert Baratheon’s eventual infamous boar hunt and Viserys’ far grander hunt.

Lauren Sarner, New York Post – In which heavy book/show spoilers are portended in this episode. (Do not click this if you do not want spoilers of future episodes/story arcs that have not yet been revealed. DO NOT EVEN LOOK AT THE TITLE OF THE ARTICLE IF YOU DO NOT WANT FUTURE SPOILERS. You have been warned.)

Meghan O’ Keefe, Decider – In which several things you may have missed are noted, including a very likely reference to, of all things, Casablanca – a clever reference I definitely did not myself catch.

Rob Bricken, Gizmodo – In which the slow burn of the king and princess’ reconciliation has the benefit of making the episode’s final act even more awesome, and it’s very awesome indeed.

Sean T. Collins, Rolling Stone – In which the appropriately gory end to the Crabfeeder leads to one of the most memorable images of Daemon, as he wordlessly walks across the beach toward the camera, his blond hair turned dark with enemy blood, which, in turn, is a deliberate echo of Rhaenyra’s bloody hair after her battle with that boar, and when coupled with actor Matt Smith’s striking visage, it’s the stuff legendary characters are made of.

Summary: Episode 3’s Second of His Name was better received than episode 2’s The Rogue Prince. Those who found it slower tended to acknowledge that the slowness was key to showing the parallels between Viserys’ and Rhaenyra’s overlapping and conflicting senses of duty and how they respond to them. The wordless final 8-10 minutes were generally well received, although the somewhat implausibility of Daemon’s archery evasion was called out. However, the visuals – and I agree – were singled out as stunning.