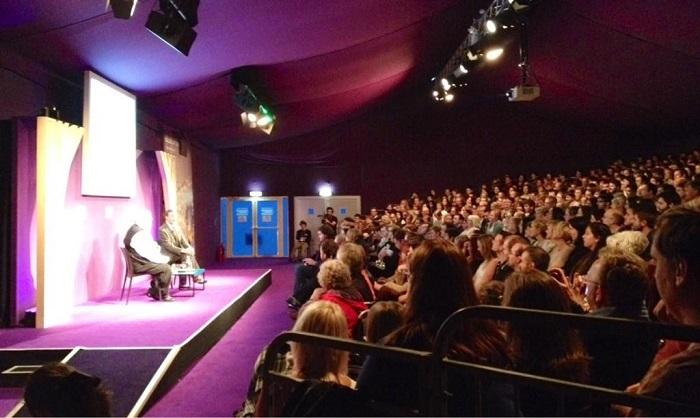 Earlier today, George R. R. Martin engaged in a talk at the Edinburgh International Book Festival. As well as divulging information about his upbringing and literary influences, he responded to questions regarding A Song of Ice and Fire and Game of Thrones. We’ve rounded up some of the highlights.

Warning: Character spoiler for The Winds of Winter/A Dream of Spring after the break.