HBO Asia releases the title of season 7 episode 4 | Watchers on the Wall | A Game of Thrones Community for Breaking News, Casting, and Commentary 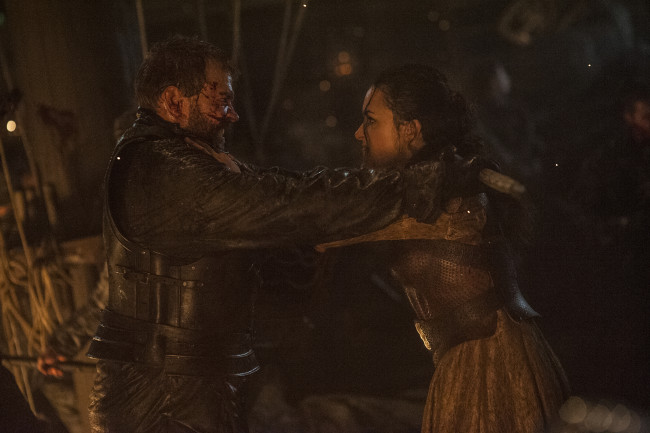 We now know the title for Game of Thrones season 7 episode 4 and … it’s pretty foreboding.

According to HBO Asia, the title for episode 7×04 is “The Spoils of War.” Oh dear. Let’s process this.

Here’s what we have to go on: last episode, Daenerys announced plans to move on Casterly Rock and Euron acquired his promised “gifts” for Cersei. In the preview for episode 3, Cersei mentions having drawn “first blood” and, lest we forget, the name of that episode is “The Queen’s Justice.”

So, episode 3 is going to be brutal, isn’t it? We’re going to be getting the Queens’ justice (note that placement of the apostrophe) and episode 4 will be probably the fallout. Gods help us all.