Gwendoline Christie and Nikolaj Coster-Waldau reflect on their years with Game of Thrones | Watchers on the Wall | A Game of Thrones Community for Breaking News, Casting, and Commentary 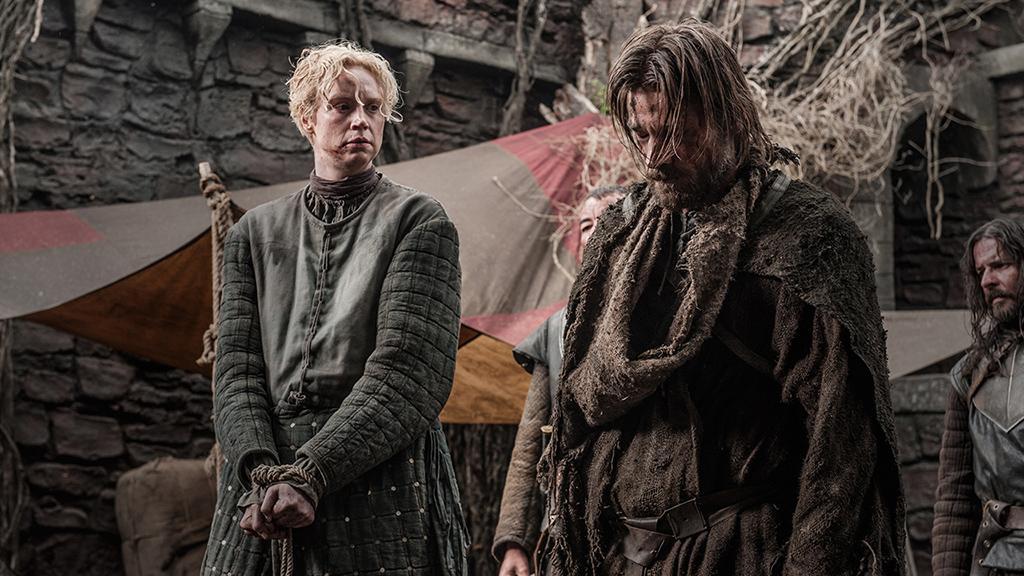 With Game of Thrones season 8 encroaching ever closer, I thought it best to have some fun with our latest interview roundup. Sure, lots of the cast and crew are talking (and talking), but why not truly match two characters whose destiny is sure to intertwine in some way or another? I’m talking of course about Brienne of Tarth (Gwendoline Christie) and Ser Jaime Lannister (Nikolaj Coster-Waldau.) At Emerald City Comic Con, Gwendoline gave a thorough interview on her career, touching (naturally) on GOT quite a bit. Meanwhile, Nikolaj talked to Modern Luxury about the good and bad sides of Jaime (and we know that there’s quite a bit of both.) Let’s dive in…

Gwendoline can’t seem to let it sink in that GOT is coming to an end: “I actually don’t think it has. It’s a funny thing, you know that the show has been such a huge part of my working life, and my…life, and it’s so beloved that actually, you kind of got used to the show, and you’d film it, and you felt like you were having this private experience because you love the work and you love the people you working with, and then you go home and you’d go back to your life, and I’d always be shocked that it was on television…I’d be so shocked that this sort of private experience was watched by all these people. And it is increasingly emotional to think that it will be the last series, but…they really squeeze the orange on this one, so I think it will be very memorable for everybody.”

Wow that is a mouthful (of orange?), Gwen. I love the way she describes it here. Oftentimes on film or TV sets, the cast and crew don’t get to see the fruits (oh, the puns) of their labors for months, sometimes years! And the fond memories of what was once an intimate experience suddenly becomes public, or in the case of GOT, global. I can’t imagine what that’s like, but I can imagine, well, dream, what is so emotional about the final season. However, there was one thing that Gwen will not miss about production:

“The armor is…incredible…but I will not miss the physical pain of that particular costume. It was made for me and it was beautifully designed by Michelle Clapton. It operates, it functions, but I think it weighs…2 and a half stone.”

Thankfully an audience member was able to translate that 2 and half stone to 35 pounds. Jeez – she is a trooper. I can’t imagine wearing that for 7 seasons straight. There’s a ton contained in this interview. For more details on her ending speculation, as well as Gwen’s wishes of storylines lost in translation from book to screen (hint – Lady Stoneheart – hint), watch the interview!

Meanwhile, Nikolaj doesn’t like it when Jaime is referred to as a 100% good or bad person: “We learn that maybe you can actually do horrible things and, also, at the same time, be an honorable man.” And this is true from the outset – I mean, when we are first introduced to this character, it is through the lens of Ned Stark, with whom Jaime clashes and borderline challenges him to a duel in his own manor, only to follow him through the lens of Ned’s son several scenes later, in which he is revealed to be sleeping with his own twin, and attempts to murder a child in the pursuit of keeping the secret safe. “I knew this was a great character the first time I read the script,” Nikolaj says. “His motives were, as he said himself, ‘the things I do for love.’ He wants to protect his family, and he’s willing to do whatever it takes…What I love about my job is you try to examine why we act the way we do… what it means to be human.”

Well…I’m not 100% positive that ‘being human’ means pushing a kid out of a window, but hey, you just gotta live, ya know? At least the ending did Nikolaj the actor proud, though, not perhaps Jaime the character: “There’s a pride to being part of something that didn’t overstay its welcome…The producers did an amazing job. It’s so tricky because the world is so vast. There are so many storylines. They found the balance between the beginning and the ending. There’s very few happy endings in that world. They did a great job in not being complete downers about it, but also being true to that world.”

This would fall right in line with the word ‘bittersweet’ we’ve heard tossed around so often these past few months…check out the rest of Nikolaj’s interview and let us know your thoughts on both below!