Yesterday Game of Thrones and A Song of Ice and Fire fans received a glimpse into the future of what might have been, thanks to a tweet from Harper Collins UK.

Harper Collins is the publisher of the ASOIAF books, and yesterday the Twitter account posted the early proposal for a “high fantasy” trilogy featuring the warring houses of Westeros. Martin outlines his thoughts for the entire series- but don’t get too excited as the last paragraph has been blacked out.

Though a great deal of the story has changed already, it should be treated as a possible spoiler, so proceed with caution.

The proposal includes notable events such as Ned and Robb Stark’s deaths, but Catelyn’s death happens later in this version. Jaime is a straightforward villain, and Martin goes so far as to say which five central characters will live to the end. There is a rather un-ASOIAF-like love story included, and it’s all rather strange, frankly. I think it’s safe to say Martin has changed his mind about most of this, based on the books we’ve read, but it’s fascinating to see what could have happened. 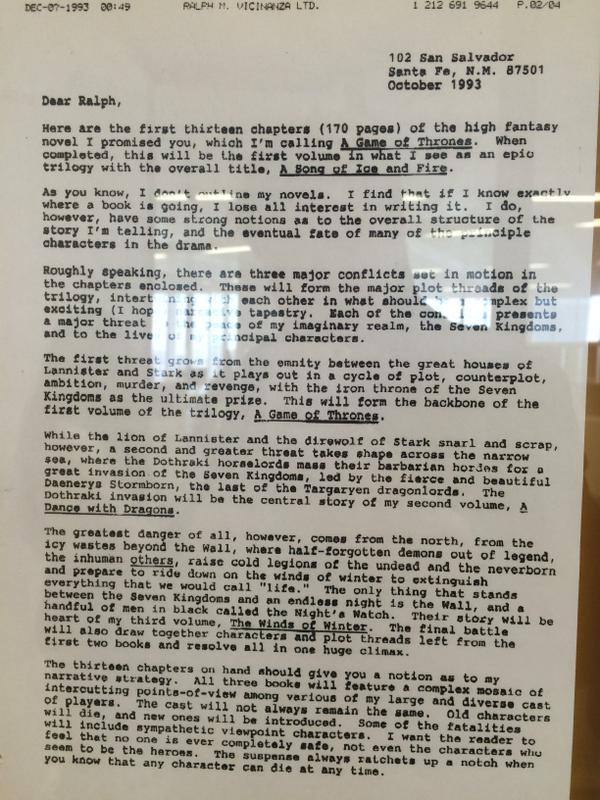 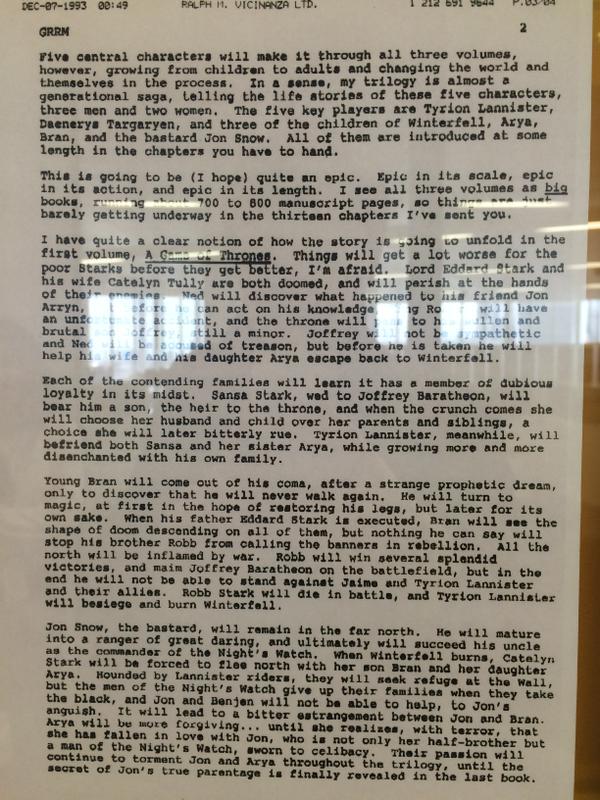 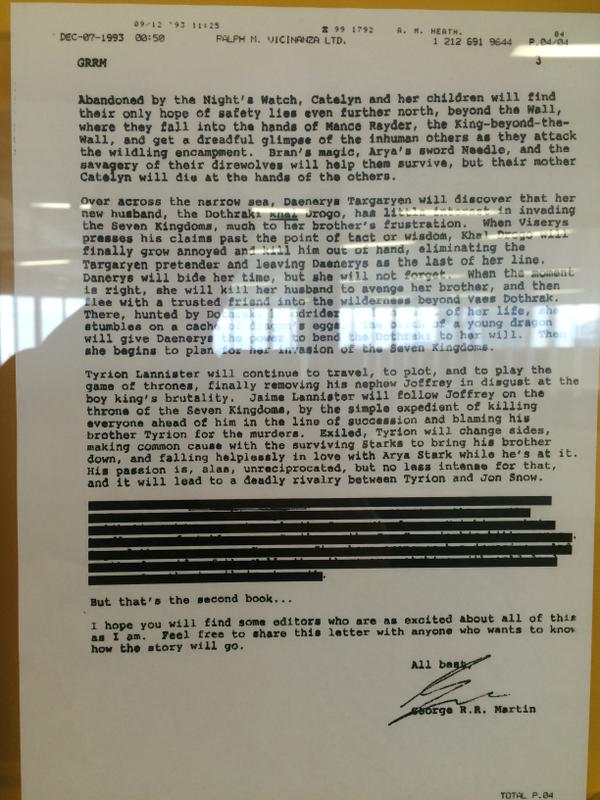 Sue the Fury: Well, what do you think? This is pretty mind-blowing. They’re like fanfic versions of our favorite characters.