George R. R. Martin promotes Fire & Blood on The Late Show with Stephen Colbert | Watchers on the Wall | A Game of Thrones Community for Breaking News, Casting, and Commentary 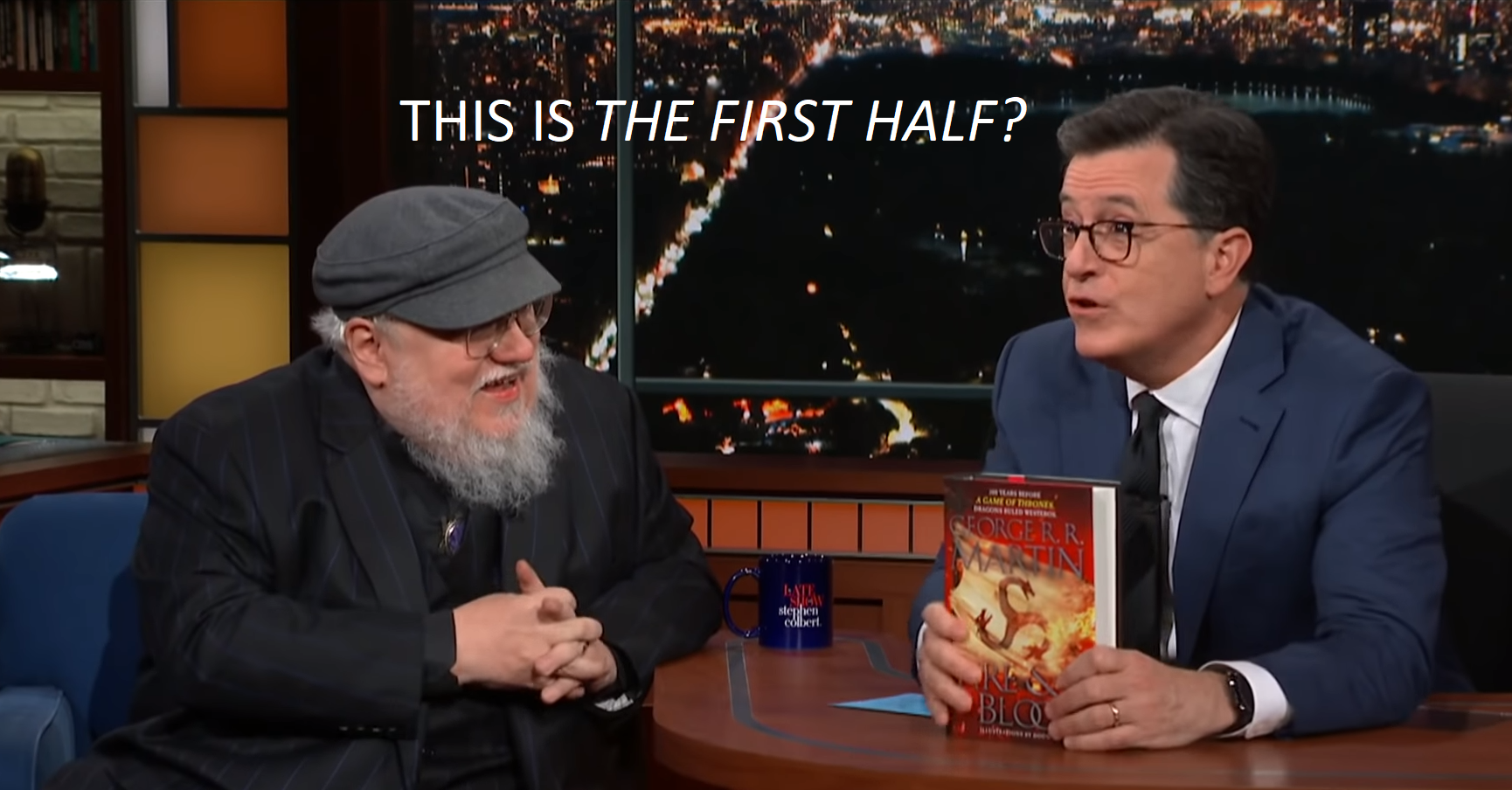 On last night’s The Late Show with Stephen Colbert, George R. R. Martin showed up to promote his latest book, Fire & Blood, which was published this week, as we just covered. Martin’s conversation with Colbert, however, quickly veers away from his fictional histories to tales of murderous turtles and their shared love of Tolkien. Take a look!

When the interview gets back on track, a highlight is what appears to be Colbert’s genuine shock as he realizes that the hefty 700-page tome in his hand is only the first half of Martin’s planned Targaryen histories, followed by Martin justifying it with a sincere “there were a lot of kings!” and the audience’s enthusiastic applause.

Colbert not so subtly asks him about how is it that this book even exists as he was “supposed to be finishing The Winds of Winter this entire time.” Martin doesn’t provide an answer, but he does say that, once he’s done with the sixth book, he’s at least considering the possibility of writing some more Dunk & Egg stories and/or the second half of Fire & Blood before he gets to the seventh and final book, A Dream of Spring. Considering the show will be over by then, and book readers will be happily occupied for at least a few years scrutinizing The Winds of Winter, our first new ASOIAF entry in a long time, I don’t imagine there would be as much of a backlash to that detour as there has been to the current extended waiting period—at least, I hope there wouldn’t be.