The stars of Game of Thrones are returning to Belfast for season 7, and soon we’ll have a host of new locations to keep an eye on. Already there’s activity going on in Northern Ireland, as production prepares for filming of the new season. IrishThrones reports that activity has been spotted out in Corbet, the village that hosted shooting last fall particularly for the siege of Riverrun storyline.

A bit of work going at Corbet Banbridge, in Ireland this wk. Inside Riverrun courtyard, not specifically the Castle front (it's still there)

It’s unlikely filming has begun so this is probably crews working on sets for season 7. IrishThrones says the work is happening in the Riverrun courtyard built there, not around the castle façade.

In other filming news, we’ve heard some exciting information from one of our trusted sources. We’ll tuck this below the cut for MAJOR SPOILER reasons! 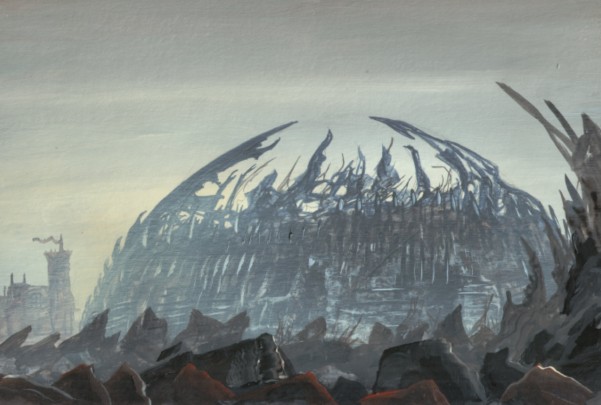 Sources tell us that we can look forward to seeing Daenerys at the Dragonpit in season 7.

In the A Song of Ice and Fire books, the Dragonpit is a massive old building on a hill in King’s Landing. Years before the story as we know it begins, the Dragonpit was used to house the dragons of the Targaryens. Ultimately it was destroyed, with only the ruins remaining.

After seeing some of the new Spain locations for season 7, we speculated Game of Thrones might be using one for a dragonpit. There is no word yet if that site, the Roman ruins called Italica found in Santiponce, Seville, is the place where the Dragonpit will be filmed.

Besides the fact that we’ll be seeing another intriguing site, the larger takeaway from this news is that based on the Dragonpit’s established location and what our source told us, we can confirm Daenerys will be arriving in King’s Landing in season 7.

What comes next, well that we don’t know yet. But I don’t imagine Queen Cersei will be thrilled to find a Targaryen outside her doors…if Cersei still has her crown by this point.