In an extended EW interview which took place during filming for the last season, Game of Thrones showrunners David Benioff and D.B. Weiss discuss their way of making sure George R.R. Martin’s future books remain relatively unspoiled by season eight while adhering to Martin’s vision for the ending, the cast’s reaction to their characters’ fates, and, of course, the daunting task of writing the final season and directing the finale of such a popular TV show they have invested a decade of their lives in.

“We’ve known the major beats for at least five years,” Weiss tells Entertainment Weekly‘s James Hibberd. But did this knowledge make it easier to write? “On the one hand, when you’ve been working on something for 10 years, knowing you’re writing the last episodes is harder because there’s a lot more weight and pressure on those scenes… On the other hand, the motivations behind each scene are something you’ve been thinking about for five years, so the foundations in your mind are stronger for what you’re putting on paper. But you still find yourself spending a lot more time to get it right.”

Thankfully, it appears they did, at least according to the cast: “I don’t think anyone said anything like [‘this isn’t what I wanted for my character’],” Benioff says, and Weiss agrees: “They seemed to get the dramatic necessity behind it.” I imagine “it” refers to “the miserable deaths of so many of our beloved characters.”

Once the books could spoil the show and now it may be the other way around, but Benioff makes clear they won’t say what comes from Martin’s plans and what’s a D&D original: “One thing we’ve talked to George about is that we’re not going to tell people what the differences are, so when those books come out people can experience them fresh.” Weiss adds: “The show has become so different that people will have no way knowing from watching what will or won’t appear in the books.”

“When something has been sitting with you for so long, you have such a specific sense of the way each moment should play and feel,” Weiss says about their decision to direct the series finale. “So it’s not really fair to ask somebody else to get that right. We’d be lurking over their shoulder every take driving them crazy, making it hard for them to do their job. If we’re going to drive anybody crazy, it might as well be ourselves. At least if something goes wrong, he can yell at me and I can yell at him.” 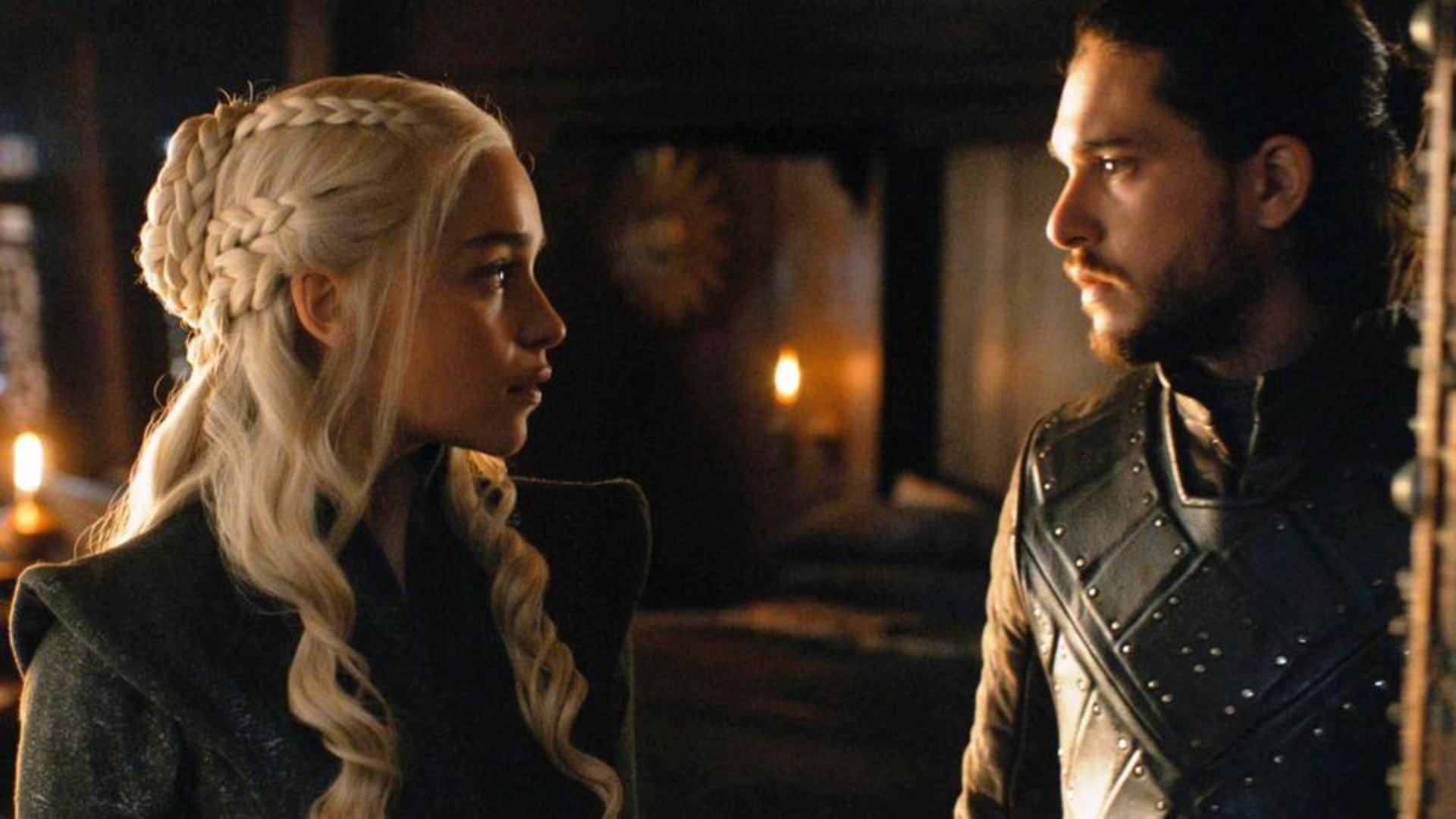 “Jon and Dany are obviously together-together now,” Weiss says of season eight. “We didn’t have much time, or any time, to explore that relationship as a real relationship in the seventh season. It came to fruition at the end. It was a lot of fun to write them meeting each other, and now there’s a new kind of relationship between them. And here they’re together from the beginning.”

“The show began with the threat in the North. From the beginning, there were all of these squabbles that were going on between people that seemed important happening against the backdrop of much larger and more momentous events that only a few people who lived on the fringes of the political world knew about. This always was the overarching structure of the series: The very slow burn of the rise of the [White Walkers in the] Far North and the [rise of Daenerys and her dragons in the] Far East… So the things driving the story are from the edges of the earth, and it seems fitting that these things from the east and the north should come together to decide the fate of everybody in the middle, who didn’t even know about them until recently.”

For the whole story, read the original interview at Entertainment Weekly.