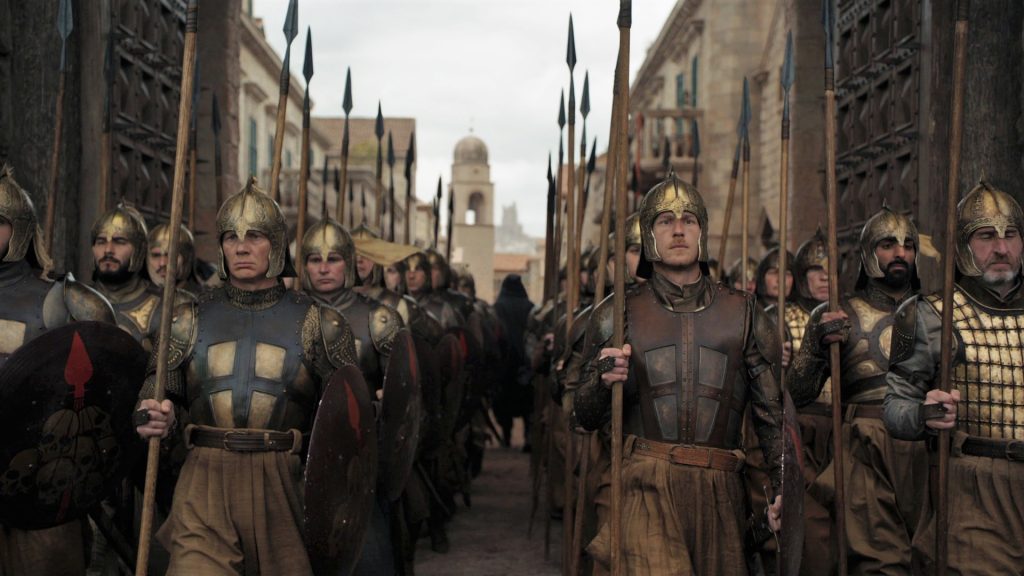 The Battle of King’s Landing is upon us and if Emilia Clarke’s interview with Jimmy Kimmel is anything to go by, then you might want to find the biggest television screen you can to see how the climactic battle of Game of Thrones comes to a head.

The preview for Episode 8×05 opens up with a despairing Daenerys Targaryen (Emilia Clarke) staring out of the stone columns of Dragonstone as a hesitant Tyrion (Peter Dinklage) approaches her. Cersei (Lena Headey) looks out at King’s Landing as the Northern forces assemble outside its gates. A hooded figure looks towards the Red Keep as the forces of the Golden Company march past him.

Everyone is looking pensive, another scorpion is loaded, and a faint dragon roar echoes above the Iron Fleet. Are you ready?