Game of Thrones Season 6 Episode 9 "Battle of the Bastards" Written Recap Round-Up | Watchers on the Wall | A Game of Thrones Community for Breaking News, Casting, and Commentary 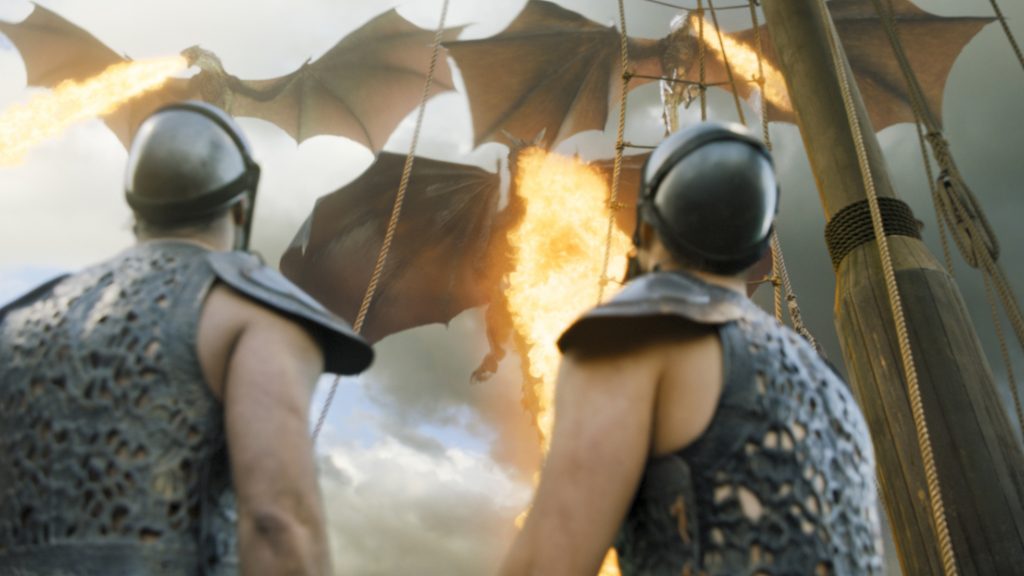 With only one episode of Game of Thrones season 6 left, the cast and crew produced an episode jam-packed with dracarys, carnage, and confrontation that made the highly anticipated Battle of the Bastards truly spectacular. Let’s see if the critics agree.

Atop the Wall, we watched in awe as the explosive Battle for Winterfell finally brought the Starks home. Sue (Sullied) relishes in Ramsay’s just desserts and the union (and flirting) of Daenerys and Yara. Oz (Unsullied) breaks down the Bastards Battle and highly praises the latest installment of Epic 9’s.

Myles McNutt, A.V. Club (Sullied) – McNutt discusses the need and result of the battle saying “the show’s raison d’être has become one-upping itself, enabling the actors, directors, and writers to do interviews discussing how they’ve once again topped the previous year’s spectacle.”

Alyssa Rosenberg, The Washington Post (Sullied) – Rosenberg embodies the fan’s reaction of the episode writing “I’m still trembling, even though this episode is over and I’m trying to get down to the work of writing something serious about an episode that was better than I expected.”

Sean T. Collins, Rolling Stone – Collins reviews the bloodlust and fury of “Battle of the Bastards.”

Rob Bricken, io9 – After the last few episodes which Bricken calls “low-key”, he praises this episode calling it “possibly the most incredible battle that has ever been seen on TV.”

Sarah Hughes, The Guardian (Sullied) – Another satisfied critic, Hughes says Game of Thrones is “at its brutal best when dealing with the horror of war and this excellent episode – the best of the season – was no exception.”

Neil Miller, Film School Rejects (Sullied) – Miller says it was a “technically proficient episode, one that expanded the visual scope of the show greatly, but it was also an episode crafted to maximize the micro-levels of drama at the expense of say, logic.”

Laura Hudson, Wired – Hudson examines the huge moments of Ice and Fire we got in “Battle of the Bastards.”

Alan Sepinwall, Hitfix – Sepinwall was disappointed with the episode saying it held “Tons of stunning combat imagery, but less satisfying than it should have been.”

Brandon Norwalk, A.V. Club (Unsullied) – Norwalk praises the masterful work of the episode’s director, saying “Miguel Sapochnik realizes the grandeur of every movement of his battles.”

Jen Chaney, Vulture – Also pleased with the episode, Chaney writes “the penultimate episode of this season goes out of its way to satisfy an appetite for destruction.”

David Malitz, The Washington Post (Unsullied) – Malitz has raves for director Miguel Sapochnik and says the “Battle of the Bastards” was “a true spectacle — visually stunning, emotionally draining and culminating with some fulfilling revenge.”

Laura Bogart, Salon – Bogart explores the parallels in “Battle of the Bastards” with Daenerys in Meereen and Jon in Winterfell while calling the episode “the most intense yet.”

Laura Stone, Hey, Don’t Judge Me (Unsullied) – Stone is beyond exuberant with the final showdown between Sansa Stark and Ramsay Bolton.

David Rosenblatt, Squinty Over Analyzes Things (Sullied) – Rosenblatt highly praises the entire Game of Thrones team in producing the most memorable episode yet.

Michal Schick, Hypable – Schick breaks down the bloodthirsty episode with Dany in Meereen, meeting Yara, and of course, the epic Battle of the Bastards.

Alicia Lutes, Nerdist – Lutes is ecstatic over the latest episode and the triumphs in Meereen and Winterfell.

Check back for Bex’s video recap round-up later this week!

As expected, most critics were just as impressed by the episode as fans were. The cast and crew’s extensive hard work on the spectacle certainly showed and paid off. What are your thoughts? Let us know below!