Game of Thrones Season 6 Episode 6 "Blood of My Blood" Written Recap Round-Up | Watchers on the Wall | A Game of Thrones Community for Breaking News, Casting, and Commentary 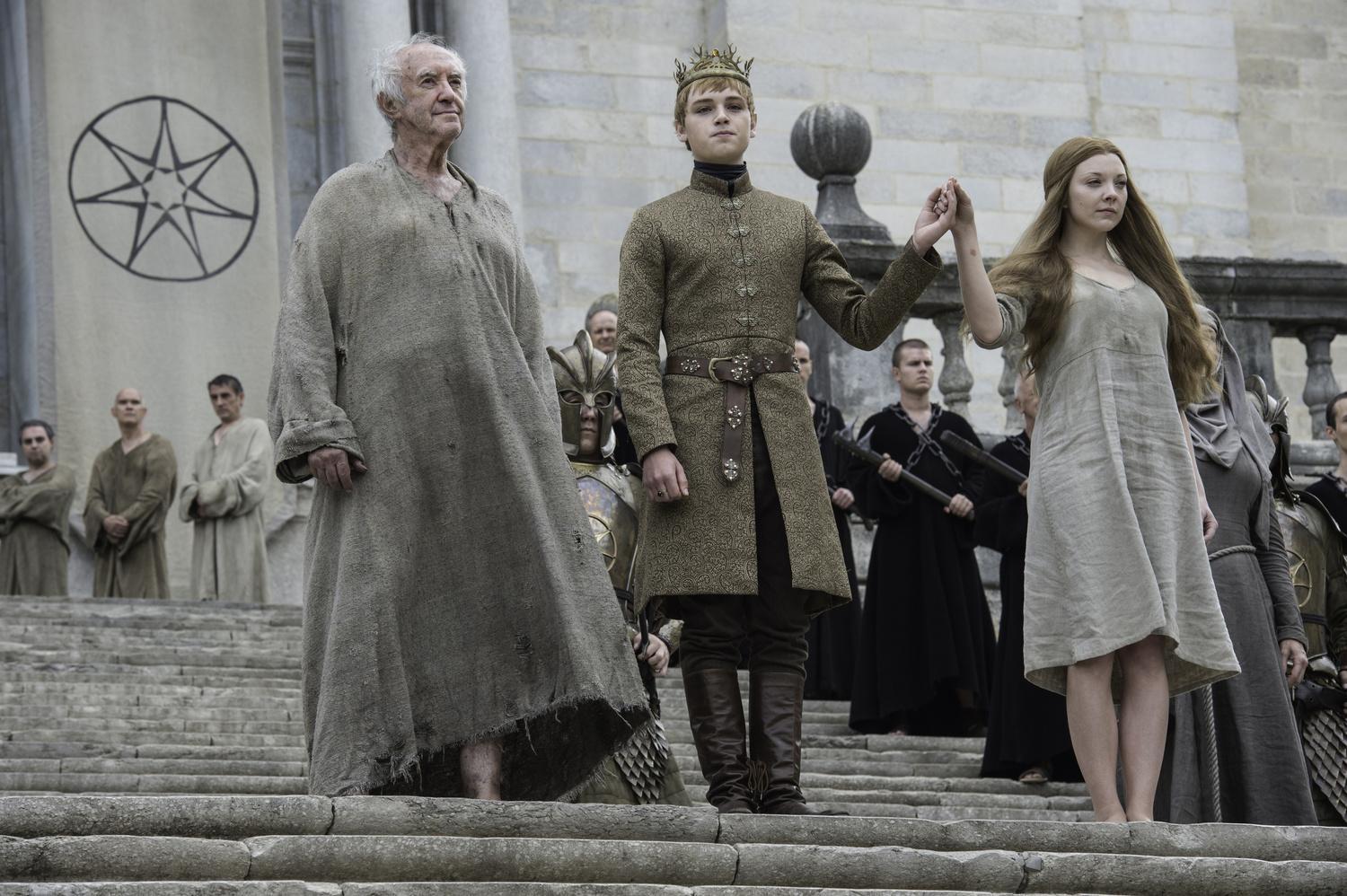 Burn them all! Family was the center of last night’s Game of Thrones with more than a few new and familiar faces brought into the fold. With yet another major revelation for the series, let’s jump right into the reviews of season 6’s “Blood of My Blood.”

Here at The Wall, Sue (Sullied) cheers for the courageous Sam and Gilly, the reveal of Benjen Stark, and the return of Edmure Tully. Oz, (Unsullied) returning from the land of no wi-fi, is back just in time for the first Bryan Cogman-penned episode of season 6! He reviews the Tarly dinner, Arya, and of course, Benjen Stark.

Myles McNutt, A.V. Club (Sullied) – McNutt tackles Margaery’s new state of mind and her divergence from the book series as she becomes a larger player in the Game of Thrones.

Sean T. Collins, Rolling Stone – Collins revels in the intimate character conversations through the episode which he found “exciting.”

Rob Bricken, io9 – Taking a step back from the last episode, Bricken is disappointed the plots aren’t advanced very far and even baffled by the character choices made by Margaery and Arya.

James Hibberd, Entertainment Weekly – Hibberd talks flashbacks, family reunions, and the ironic lack of blood in “Blood of My Blood.”

Sarah Hughes, The Guardian (Sullied) – Hughes notes the more subdued episode set the table for the second half of the season.

Neil Miller, Film School Rejects (Sullied) – Miller mirrors the audience with Bran saying “we’re getting a frantic download of information” as Season 6 has proven itself absolutely full of revelations.

David Crow, Den of Geek – Underwhelmed by some of the progressions and pacing of the episode, Crow still applauds writer Bryan Cogman for his work on “Blood of My Blood.”

Laura Hudson, Wired – With the heavy flashbacks this episode, Hudson reflects on the characters preparing for the great battle of ice and fire as well as the families and swords in “Blood of My Blood.”

Alan Sepinwall, Hitfix – In the spirit of the players in Braavos, Sepinwall examines who is being true and who is simply playing the part.

Brandon Norwalk, A.V. Club (Unsullied) – Norwalk faults “Blood of My Blood” for having a loose grip on its characters but was still thrilled with Bran’s visions and the return of Needle.

Laura Bogart, Salon – Using Varys’ quote from Season 2, Bogart explores the illusion of power through Margaery, Bran, and Arya in “Blood of My Blood.”

David Rosenblatt, Squinty Over Analyzes Things – Analyzing the plot/character developments and revelations of the episode, Rosenblatt takes a different approach to Margaery, comments on  Arya’s decision, and the standoff in King’s Landing.

Michal Schick, Hypable – Our newest addition to the round-ups, welcome Michal Schick! She rejoices for our characters and the “thread of ownership sewn through the episode.”

Stay tuned for Bex’s recap round-up later this week which features the best handpicked Game of Thrones video reviews for “Blood of My Blood.”

Even off the high of “The Door,” most critics still enjoyed the episode. What do you think of this week’s reviews? Let us know below!