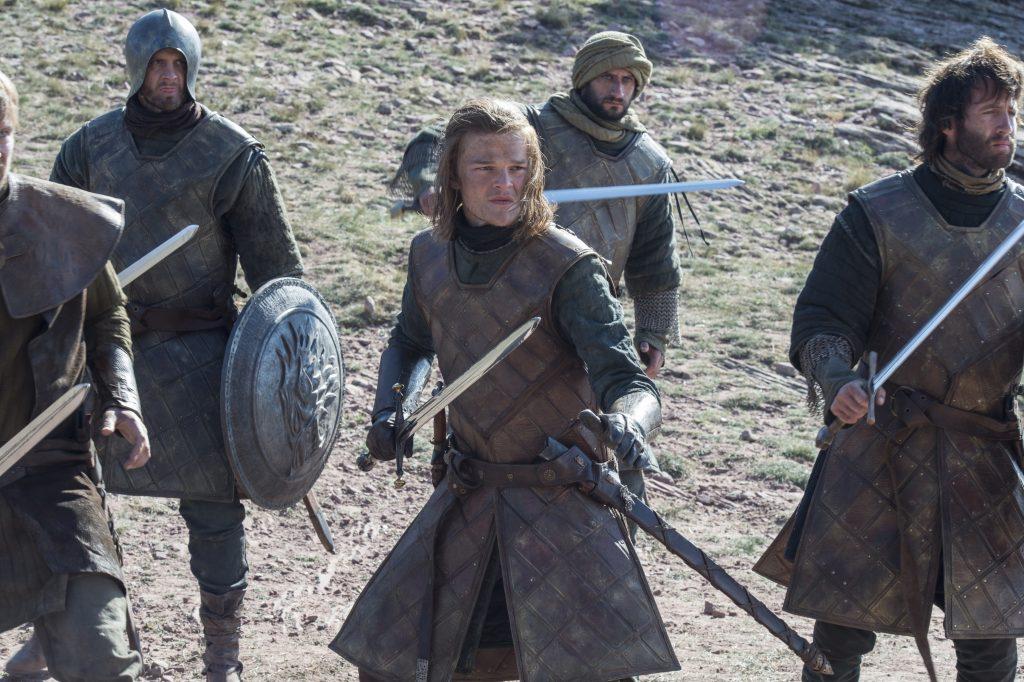 Fans and critics alike have more than enough to be joyful for this week with flashbacks, schemes, and justice in a Game of Thrones episode filled to the brim with Starks.

In Watchers’ own reviews, Sue (Sullied) is absolutely gleeful for Ser Arthur and the highly anticipated Tower of Joy while Oz offers the Unsullied insight, relishes in the memorable flashback and set up the episode provided for our characters.

Myles McNutt, A.V. Club (Sullied) – In support of the show’s decision to hold off on Lyanna in the Tower, McNutt applauds the flashback and the newly resurrected Jon Snow.

Alyssa Rosenberg, The Washington Post (Sullied) – Raving for the character development of Dany, Arya, and Jon, Rosenberg declares “Oathbreaker” the best of Season 6 yet.

Rob Bricken, io9 – Bricken is still reeling from the fact that Game of Thrones is not only passing the books but racing downhill towards its endgame. He rejoices for a different Jon Snow, the Tower of Joy, and the anger and rebellion swelling up in our characters.

Sarah Hughes, The Guardian (Sullied) – Appreciating the slower pace of the episode, Hughes discusses advancing plot lines, the truth and what it means for our characters.

Neil Miller, Film School Rejects – Miller examines the Starks’ past, present, and future and the Prince That Was Promised.

David Crow, Den of Geek – Crow discusses the episode’s shifting momentum as the series drifts farther from the books and deeper into the unknown.

Angela Watercutter, Wired – Commenting on the seemingly endless build-up thus far in the series, Watercutter makes further adjustments to her dead pool now that Jon Snow is back in the Game.

Alan Sepinwall, Hitfix – Sepinwall also calls this episode the “most satisfying installment of Season 6 so far” and credits that to the supreme storytelling in “Oathbreaker.”

Brandon Norwalk, A.V. Club (Unsullied) – In what he thought was a “moody” episode, Norwalk reviews oath breakers and the thrill of the Tower of Joy.

Jen Chaney, Vulture – Chaney comments the excellence of the episode’s name, the tease at the Tower of Joy, and the moments of levity “Oathbreaker” provided.

Stephanie Merry, The Washington Post – Merry dives into the return of Rickon Stark, the ominous Ramsay Bolton and what the combination means for the rest of the season.

Sonia Saraiya, Salon – Saraiya notes the many surprises this episode and the resolution of some plots in “Oathbreaker.”

Welcome new addition David Rosenblatt, an occasional WotW contributor (you may recognize him as SirSquinty from the Memory Lane series) who breaks down “Oathbreaker” and discusses the Queen of Nothing, Shaggydog, and Jon Snow.

Who were your favorite reviewers? Have any additions we should check out? Let us know below!