Game of Thrones season 5 filming moves to Duilovo pillars with Maisie Williams, Klis fortress closed to visitors in preparation | Watchers on the Wall | A Game of Thrones Community for Breaking News, Casting, and Commentary 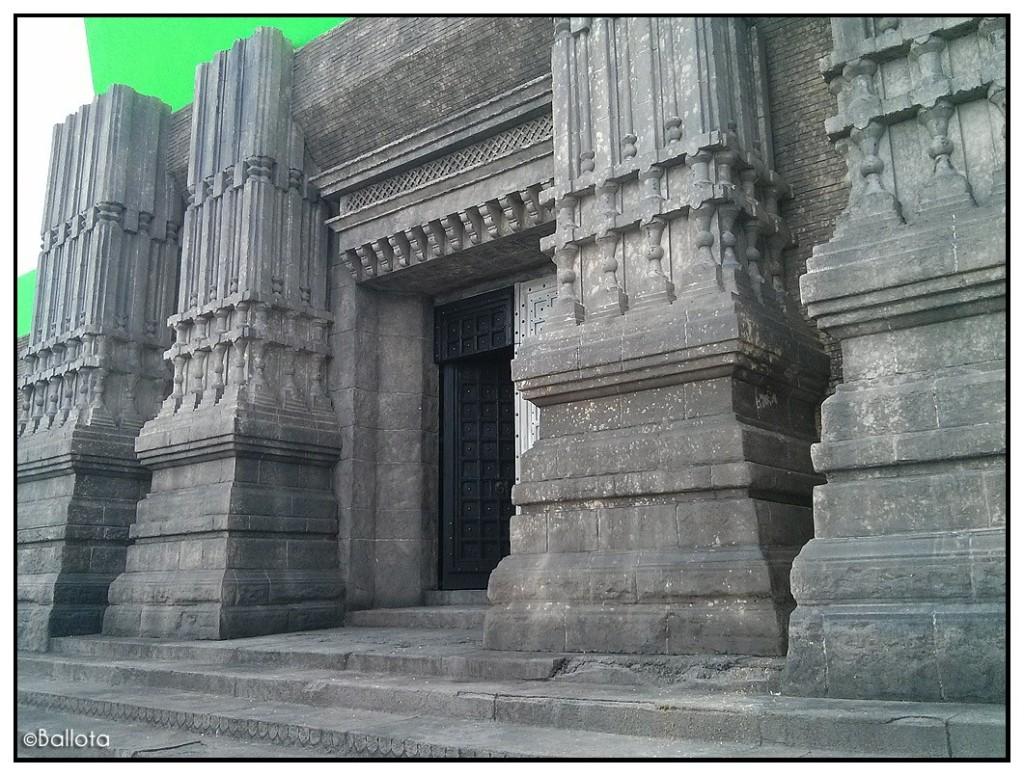 Update: Goran Leš of the Skyscraper City Forum traveled to the set of pillars near Duilovo in Split today, and although he didn’t make it in time to spot any cast or crew, his pictures reveal one very important feature that we haven’t seen before: a set of tall painted doors, one black, and one white.

This makes the new pictures of Maisie Williams and the Braavosi captain spotted on set yesterday (seen below) even more interesting.

Spoilers and more pics after the jump! 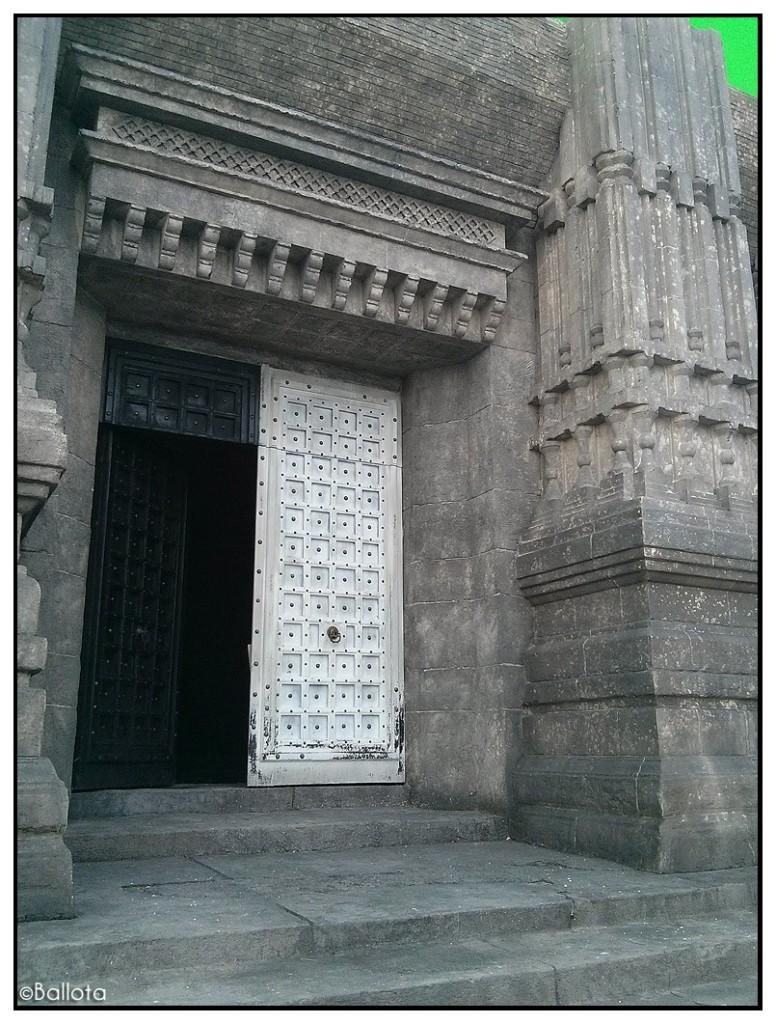 The doors all but confirm that our previous source’s report was incorrect, and that this new set will not represent Meereen, but Arya’s first destination upon arriving in Braavos, the House of Black and White. 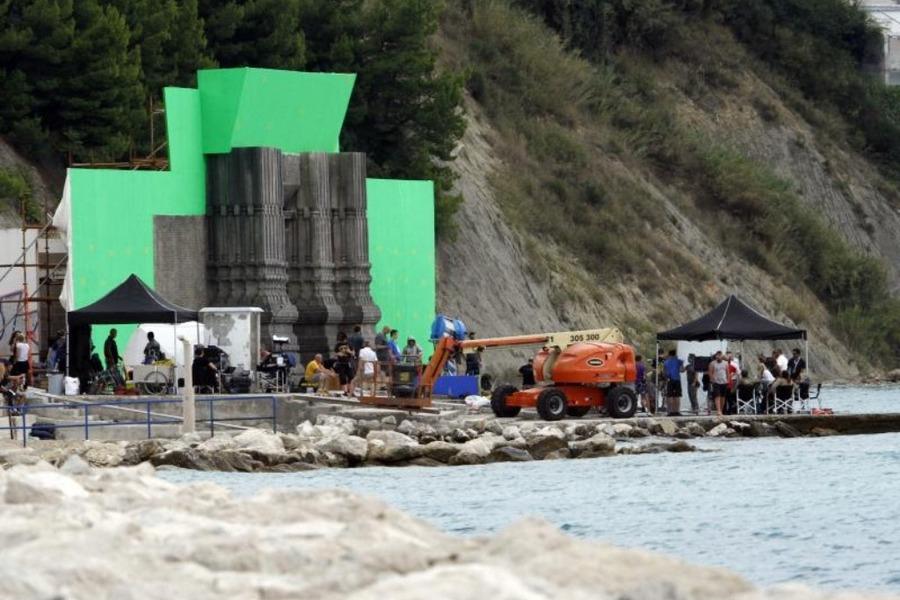 Right on schedule, filming of Game of Thrones season 5 in Croatia has moved on to a new location in Split.

Film crew can be seen busy at work at the Duilovo pillars yesterday in new pictures from 24sata.hr. Cast/extras can also be seen in full costume, seated and presumably waiting to film, including two familiar faces from the final scenes of season 4. 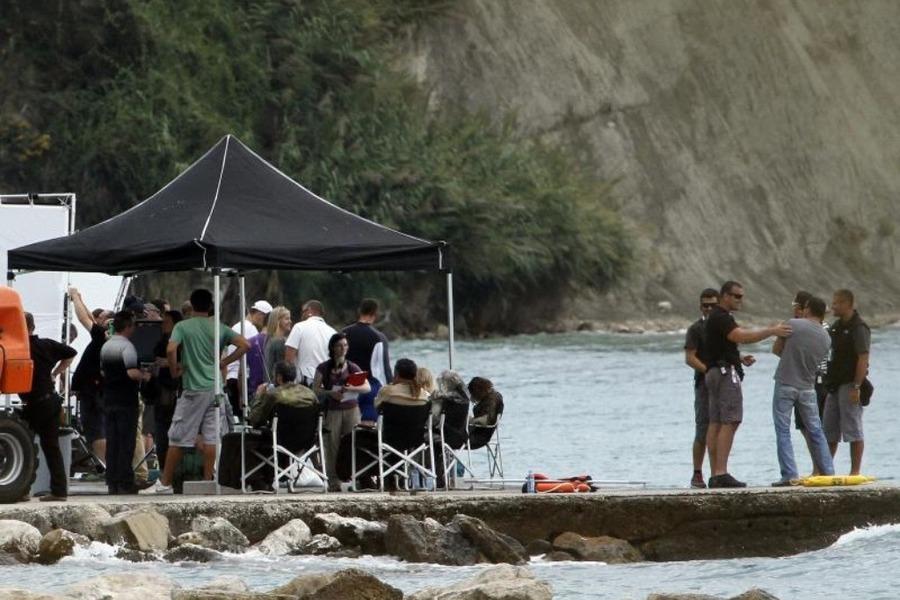 We had previously heard that the pillars will represent Meereen, but it appears that Maisie Williams was on set sporting a very familiar costume for Arya (seen above), as well as Gary Oliver, the Braavosi captain she met in the season 4 finale (seen below). 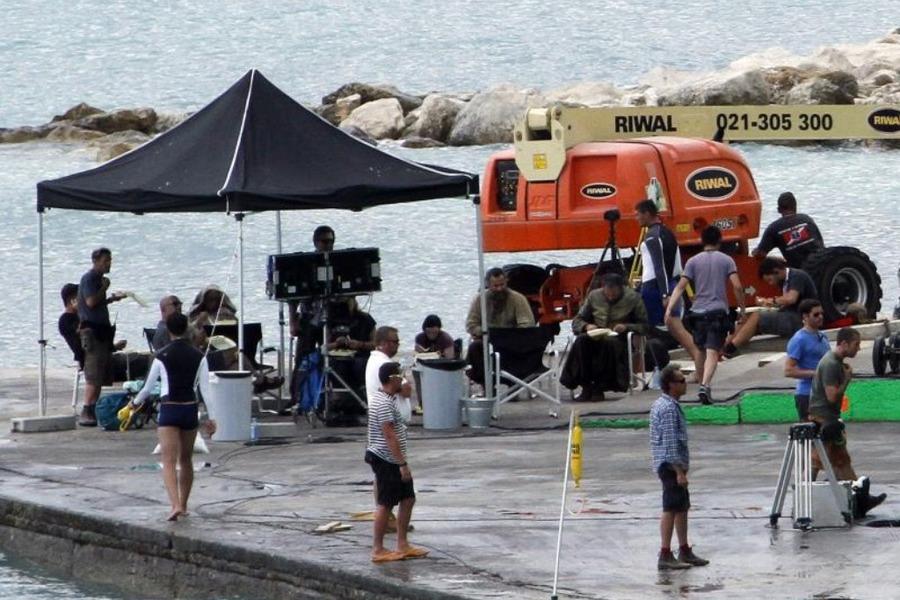 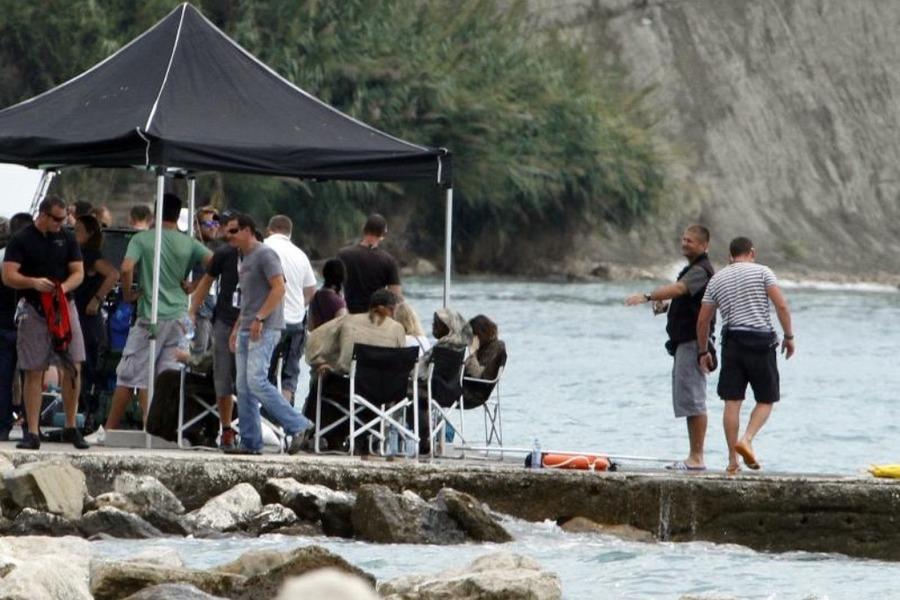 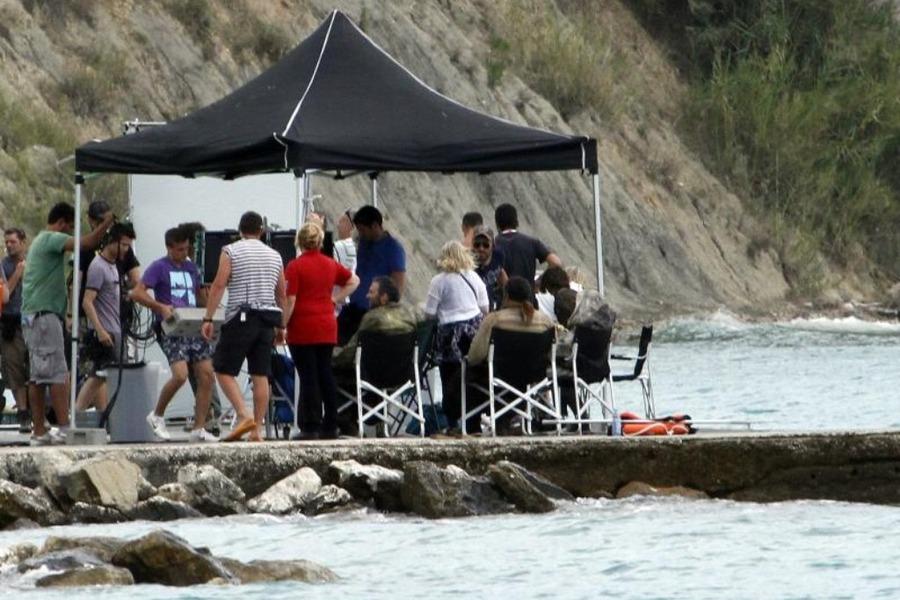 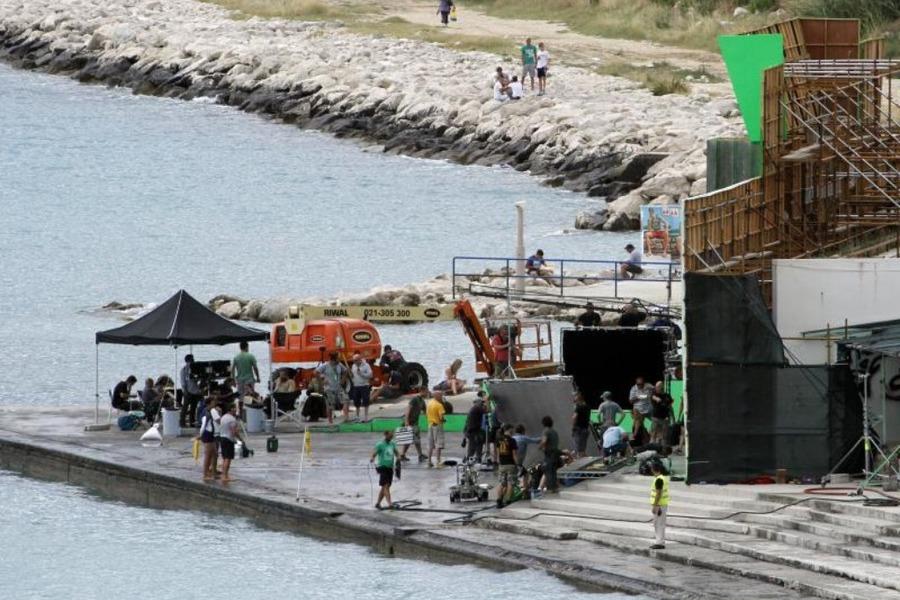 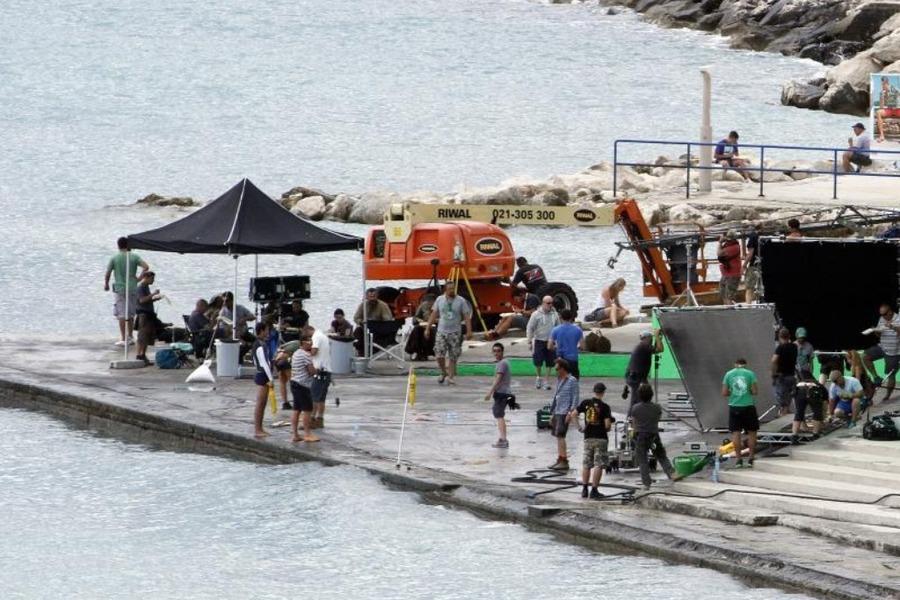 A passerby was able to take a short video of the area. It appears that a small boat was being filmed in the water, which may explain the presence of Braavos on set. We know that weather proved to be a problem in Kastel Gomilica, so they may have needed to pick up some additional shots, or had planned to shoot in the open water all along.

In addition to the green screens surrounding the pillars, another large green screen can be seen to the left of the set hinting that the shoreline may be used for filming as well. 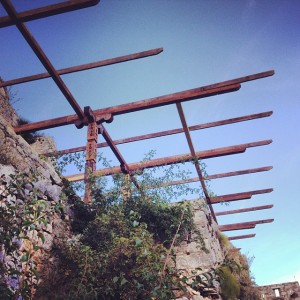 Filming at Klis fortress appears to be next up after production has finished in Duilovo.

Yesterday, Klis.hr, the municipality’s website, kindly asked that Klis locals refrain from parking in the centre of Klis for the next few days unless it is an emergency to make way for the large production needs of Game of Thrones. They also informed all visitors that the fortress will be closed to the public until September 10th.