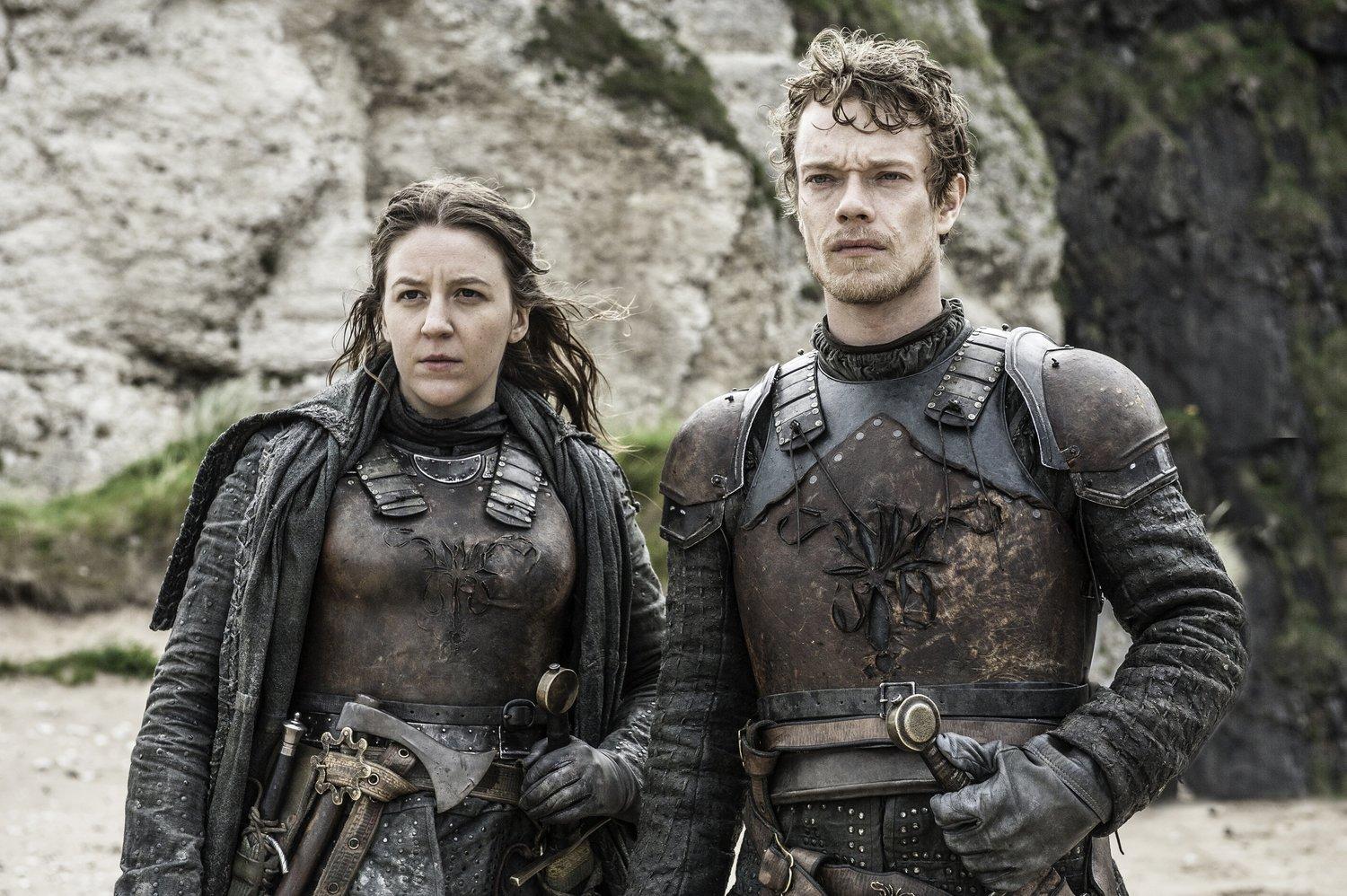 As a latecomer to the Game of Thrones fandom, the Kingsmoot was the first scene from the books that I actually looked forward to seeing translated to the screen. Through cultural osmosis, iconic images of the Red Wedding and Purple Wedding were spoiled for me ahead of time. So, the Kingsmoot will always hold a special place in my heart as a set piece that I got to anticipate and experience along with the rest of the fandom … even though it ended up differing significantly from the scene in the book.

Fan reception of the Kingsmoot in ep. 5, “The Door,” has been pretty tepid, ranging from disappointment to apathy. However, the differences between the two Kingsmoots deserve examination. To be clear, this is not a critique of the scene in the show or an evaluation of which version is better. That’s a discussion best left to Twitter. This is merely an analysis of the material because, setting aside the changes necessary for adaptation such as condensed dialogue and omitted characters, the Kingsmoots in the book and show differ because they serve different purposes within their respective series.

The Kingsmoot in A Feast for Crows is much more politically focused than its television counterpart. Through it, Asha (Yara’s name in the novels) demonstrates to the reader (though, sadly, not to her fellow ironborn) that she deserves to sit the Seastone Chair. Instead of overreaching their grasp as they’ve done in the past, she proposes allying themselves with the northmen, settling for Sea Dragon Point and the Stony Shore and cultivating the resources that they have to prosper. Then Euron pops in and wins the crowd over with talk of glory, domination and dragons.

Thus, we gain insight into ironborn priorities as well as Asha’s aptitude for leadership, her ability to look past popular opinion and see what’s truly important.

In the show, there’s no ideological difference between Yara and Euron. They both plan to bring the Iron Islands back to glory by assembling “the largest fleet the world has ever seen” (#MakePykeGreatAgain). Their mutual animosity comes from Euron’s habit of belittling his rivals and Yara’s desire to avenge her father, rather than from clashing opinions of what’s best for the Iron Islands.

However, to dismiss the show’s version as a lightweight Kingsmoot 2.0 for its lack of political nuance would be to overlook the interpersonal development at work during this scene.

Game of Thrones has a long history of taking politically or strategically motivated plot lines or character actions in A Song of Ice and Fire and giving them an emotional emphasis. In the books, for example, Robb weds Jeyne Westerling in a clumsy attempt to make amends for dishonoring House Westerling when he took her virginity, whereas in the show, he marries Talisa for love. In A Dance With Dragons, Cersei motivates herself to endure her Walk of Atonement to get to Tommen so she can ensure that Robert Strong has been accepted into the Kingsguard while in “Mother’s Mercy” she simply wants to be reunited with her son.

The Kingsmoot is perhaps the most overt example of this practice as the politics at this … well, political election take a backseat to internal and relational character conflicts.

The focus of the Kingsmoot in the show isn’t really the Kingsmoot. It isn’t the political future of the Iron Islands. It’s Yara’s antagonism with her uncle and her newly forged partnership with her brother.

Though Yara’s given fewer lines than Theon and Euron (for the sake of keeping my promise to withhold my personal opinion from this article, I’ll limit my feelings about this to this gif) she’s very much the central figure of the scene. Theon and Euron’s speeches and verbal sparring do less to dismantle each other’s arguments than to establish Euron as Yara’s toxically masculine adversary and reaffirm Theon’s solidarity with his sister (after all, it’s hard to imagine season 2 Theon enduring insults about his manhood for someone else’s sake).

I would argue that, though Euron’s involvement has a greater impact on the plot, Yara and Theon’s relationship is the real core of the Game of Thrones Kingsmoot. It’s certainly the most developed aspect of the scene.

In terms of editing and scoring, the moment at the Kingsmoot that’s given the most weight is when Theon endorses Yara. The camera lingers on the expectant ironborn and the ostinato of Ramin Djawadi’s Greyjoy theme begins to play as Theon surveys the crowd of men prepared to crown him over his sister. It’s an opportunity that his season 2 self would have killed (and indeed, did kill) for. Yet, he rejects it and gives his support to his sister because he knows that she would make the better leader.

“I am Theon Greyjoy, last living son of Balon Greyjoy … and she is your rightful ruler,” he says and the Greyjoy theme swells as it does at no other point during the Kingsmoot.

Though the Kingsmoot in ASOIAF and Game of Thrones are undoubtedly different, there’s value to be gleaned from both. In the case of Game of Thrones, the Kingsmoot establishes a new conflict between Yara and Euron but, more importantly, it sets Yara and Theon on a new trajectory. Whatever happens next in their story, they’ve resolved the rivalry that’s defined their relationship since season 2. Theon’s made peace with his limitations, Yara’s “[beginning] to trust him again” and they’re embarking on their new narrative arc as allies.