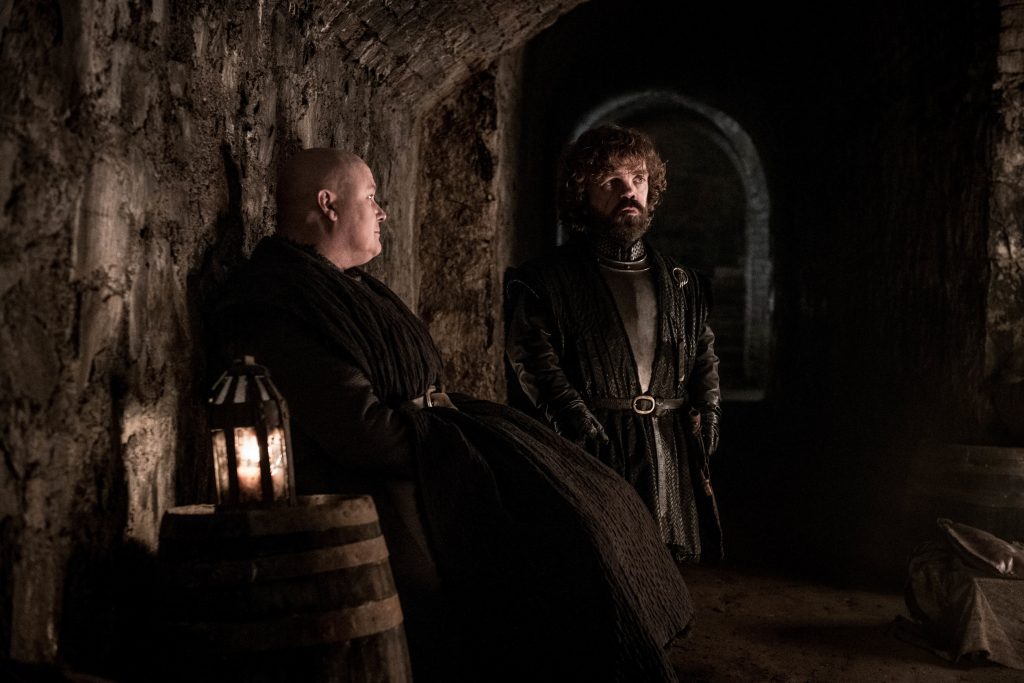 Varys and Tyrion are in the crypts, which is what we expected. Photo: HBO / Helen Sloan

In keeping with the Season 8 tactic of not releasing episode titles ahead of time, it’s still unknown what to call the sure-to-be-emotionally-devastating third episode of Season 8 of Game of Thrones. But thanks to this new crop of official photos from the episode, we know to prepare ourselves for the worst this week — for the very, very worst.

The first photo above the cut shows Tyrion (Peter Dinklage) and Varys (Conleth Hill) in the crypts, which is not surprising — although Tyrion, who had wanted to be on the battlements, is still wearing his armor. 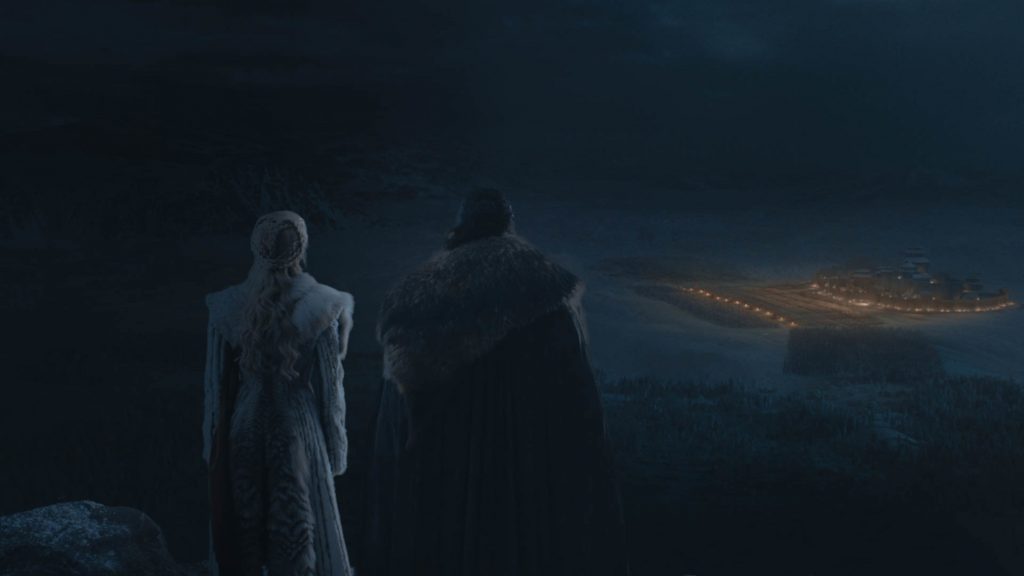 The next image, as a screen capture and not a photo taken by Helen Sloan, is one that looks familiar from the Episode 3 preview: Dany and Jon looking down onto Winterfell from the high ground. Did they fly there on dragonback for one last look at the defenses? This looks like it jibes with moment from the preview in which Jon tells Dany “The Night King is coming,” to which Dany responds, “The dead are already here.” 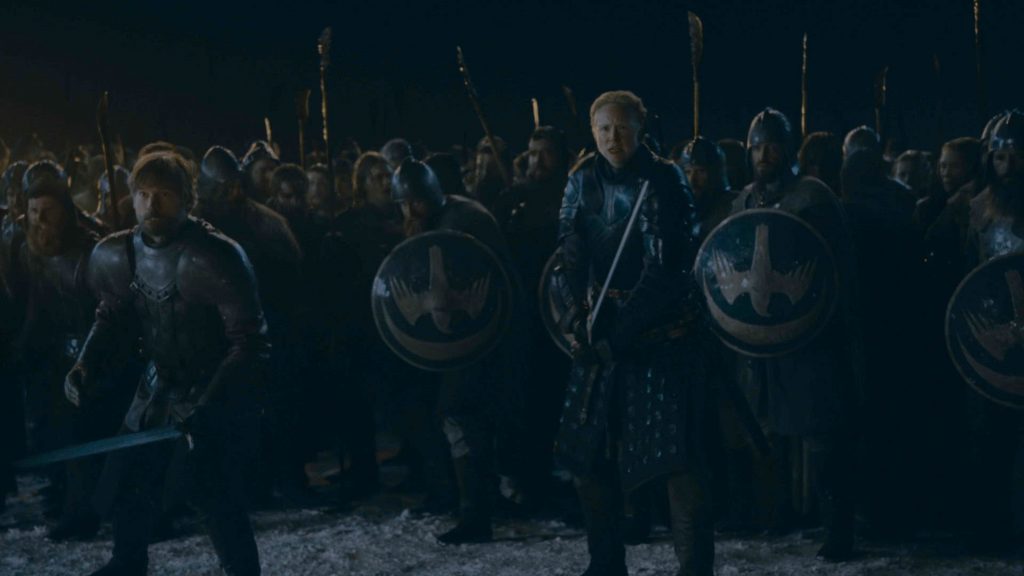 In another image taken directly from the episode and familiar from the preview, Brienne commands the left flank (with Jamie serving under her), and this looks like the moment we see her yelling “Hold!” Jamie certainly looks ready to lunge at something. 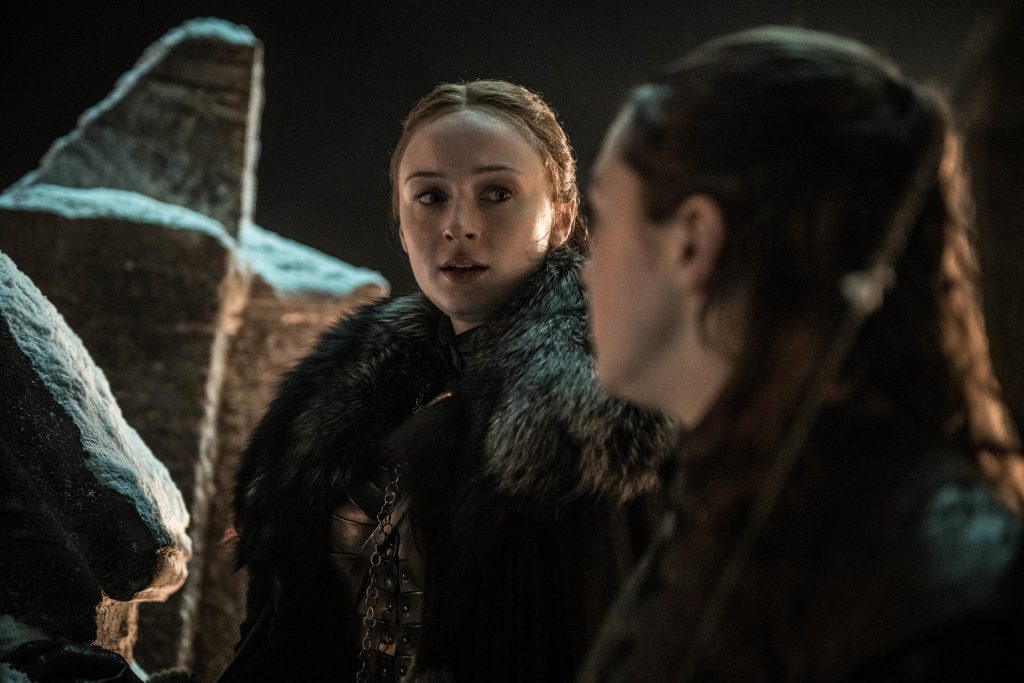 It looks as though this is the moment when Sansa, about to head down to the safety of the crypts, hears Arya say that she’s staying there to fight. Sansa looks worried but resigned — she knows she can’t convince Arya otherwise. 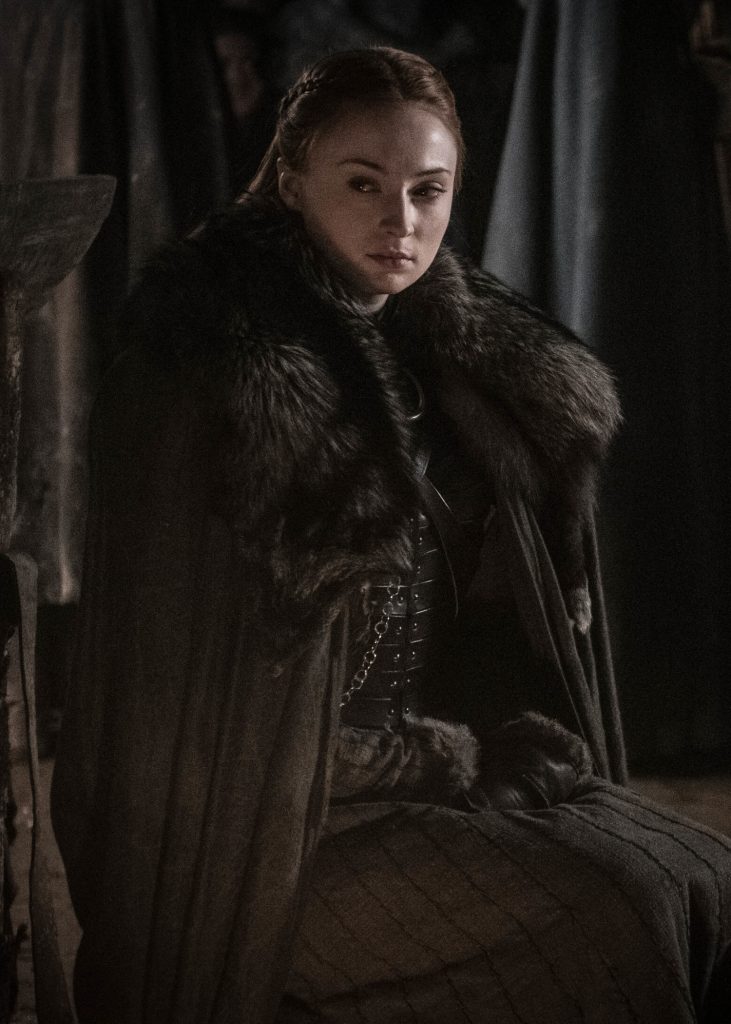 Sansa may be down in the crypts here, side-eyeing suspicious at someone. But who? 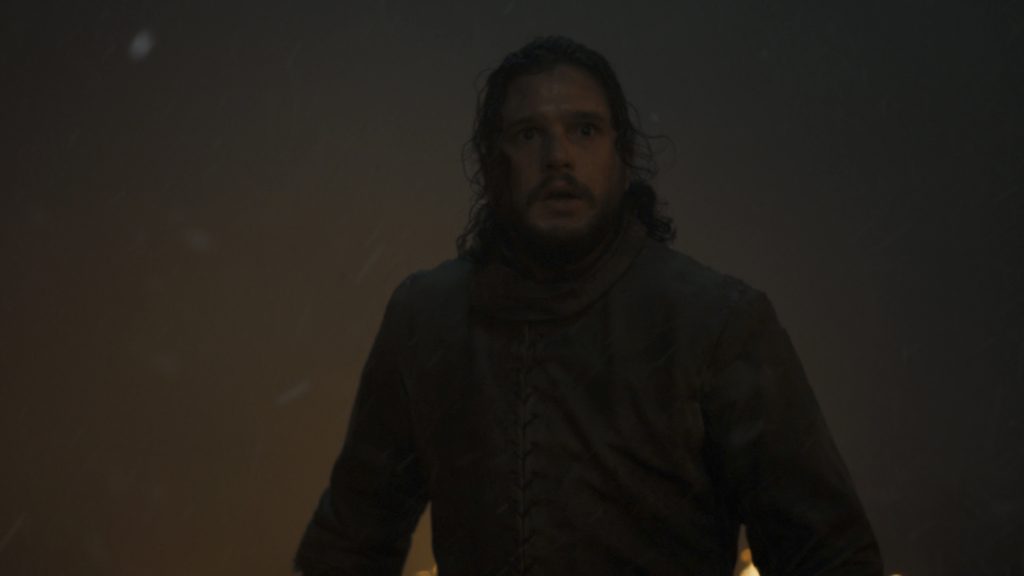 Lastly, in another known capture, we (barely) see Jon Snow deeply concerned, even frightened. We see fire behind him, which was glimpsed on the battlements of Winterfell in the first Season 8 trailer, but also in the godswood in the next time preview. Is he seeing the Night King? Realizing the army of the dead attack is a feint and the Night King is actually on his way to King’s Landing (a theory that I’m more convinced by the minute is true)? Or something worse, if things could possibly get worse?

Let us know your thoughts in the comments!