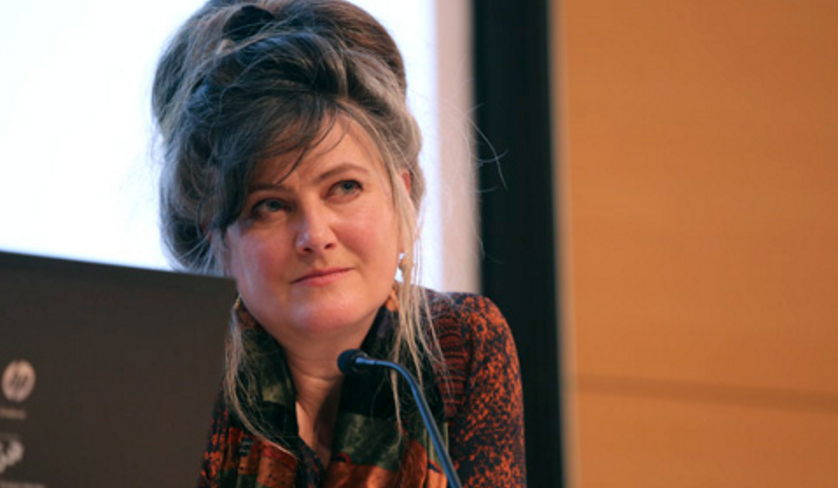 Moore, an Emmy award-winning art director with degrees in architecture and fine arts, has worked in Game of Thrones for five years now, since season three, specializing on adapting foreign locations to the world of George R.R. Martin. As she tells it, she lives under the pressure of coordinating five different filming teams on almost as many countries. And when she isn’t doing the impossible, Moore looks for inspiration in local museums and craftsmanship, much of which finds its way into the world of the show.

Between Moore’s credentials and the fervent Game of Thrones fandom in Spain, it’s fair to say Moore’s visit to the UPV/EHU on March 16 was met with much excitement. Though this is my alma mater, I was unable to attend myself, yet there are detailed reports, as well as interviews in English — And, of course, the lecture was in English, with simultaneous Spanish and Basque interpreters for those who needed it.

Moore was admittedly impressed and nervous by the packed audience who received her in the Leioa campus, claiming she had never felt like an actor before. However, she wasn’t entirely surprised, as she had witnessed the long lines of excited Basque men who wanted to be extras for the show. Indeed, Moore insisted the fervent Spanish fandom was a big part of why Game of Thrones continues returning to the country — the unrelenting enthusiasm translates on-screen to a believable crowd. In this regard, Osuna for season five was the most memorable location. You may recall it in the show as Daznak’s Pit, where Daenerys would’ve been murdered by the Sons of the Harpy if Drogon hadn’t come in and saved the day, but Moore remembers it for other reasons:

“Usually I don’t go on-location because I just can’t find the time, but I was able to go to the Osuna bullfighting arena, in Seville, where one of the most epic Game of Thrones scenes was filmed. I remember the heat, and that 19 people suffered flamethrower-inflected burns.” Despite this and other setbacks, such as the giant green-screen they had carefully prepared being blown away by the wind, there was a silver-lining — the extras: “In the rest of Europe it’s obvious they do it for the money, but in Spain they are fans of the show who come enthusiastically. That day we had to use 600 extras, and they were all singing and taking it with humor, despite the scorching sun.” 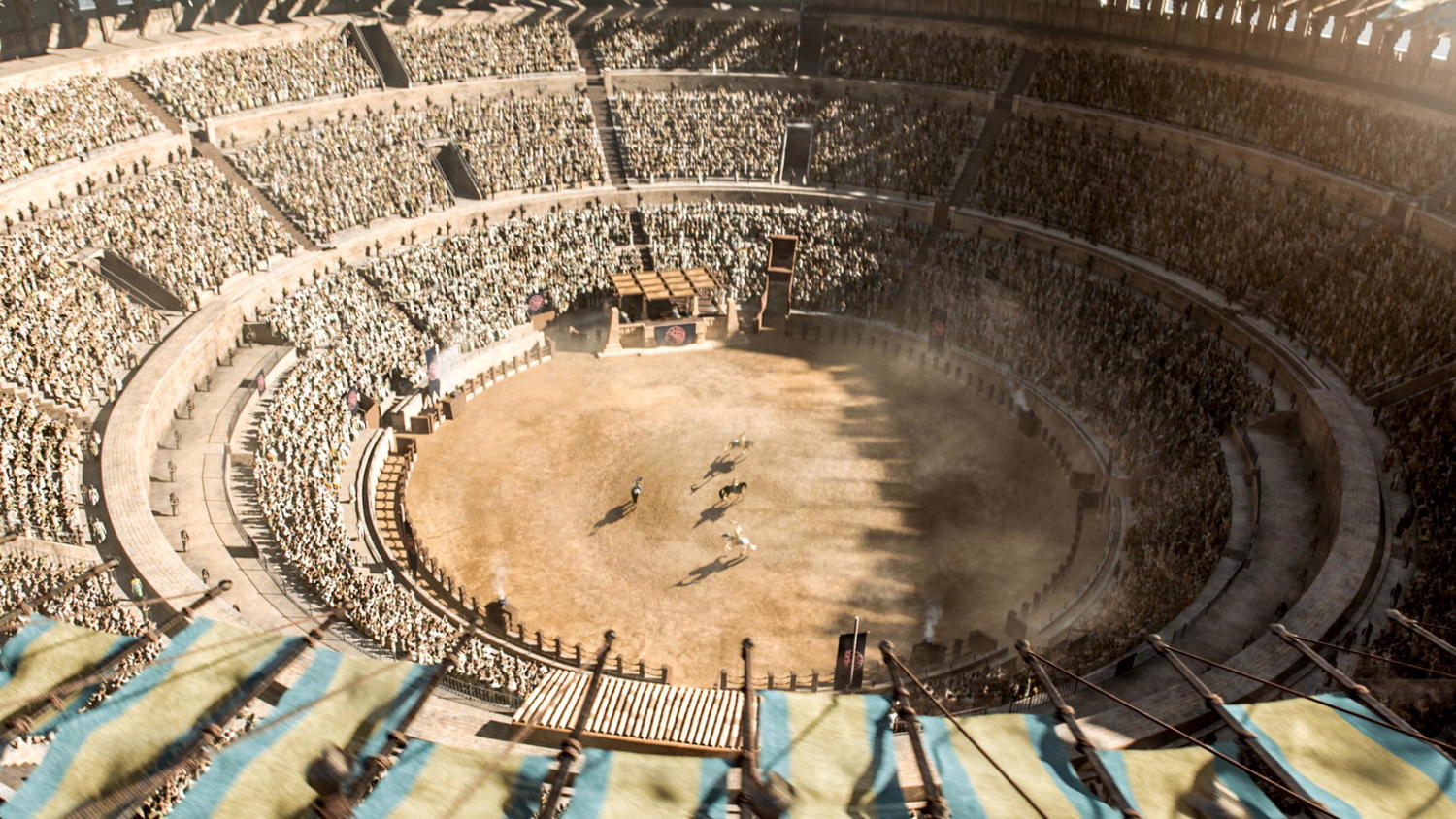 Moore also elaborated on other foreign locations from previous years, such as the site for the crucial trial by combat in season four between Prince Oberyn Martell and Gregor “The Mountain” Clegane, in which they were fighting for Tyrion’s life. It may have looked like a fancy part of the King’s Landing Wall, but it was nothing of the sort.

“Actually, it was an abandoned hotel in Dubrovnik,” Moore explains. “It had been bombed during the war and it was filled with graffiti.” The transformation involved plastering the walls and repainting it whole, and adding lots of trees and foliage in the background to limit the set and focus the shots. But the trickiest part was the ground: “One of our challenges was to remove the Croatian symbol in the center of that courtyard and turning it into the Lannister coat of arms. We did a great job but there was a storm the day before filming, covering it all with mud. It may have been fortuitous, actually, because it looked older that way. I’m very proud of that mosaic… The problem is you can only see it clearly when the prince’s head is crushed on the ground. And, at that moment, viewers are not focusing on the mosaic.” No, indeed, we were not.

Apparently, the trick to making it all believable is finding a common visual language for each fictional location: “We have a lot of different worlds in Game of Thrones, which are all supposed to be very distinctive in the way that they look. And quite often we are filming those in the same country. So, for example, we filmed some of the slave cities on Morocco, Croatia, and Spain, and we try and get something coherent across those three countries that will look distinct for that world. So we don’t want it to look like Spain, Croatia or Morocco — We want it to look like the world of Game of Thrones.”

However, the art director didn’t only discuss the past but what lies ahead as well. Moore revealed what it was that brought Game of Thrones to the Basque Country (also known as “Euskadi”, the Basque name Moore actually used). After all, Southern Spain may have many geographic features lacking in Northern Ireland, but that cannot be said of the Northern coast of Spain. It had to be something utterly unique, and indeed it was.

Showing a photo of Gaztelugatxe, Moore simply said: “This is the picture that brought us to Euskadi.” Just by glancing at the picturesque islet, it’s easy to understand why:

Those readers of Watchers of the Wall who followed our spoiler reports back in October may remember the many, many (and many, many more) key scenes filmed on the winding stairs of Gaztelugatxe for season seven. An iconic location in the history of Westeros and the show, a great number of main characters will meet here the first time.

You may get such spoilers from us, but Moore was understandably not so forthcoming. When asked about season seven, Moore warned that she may suffer Walder Frey’s fate if she divulged anything, though the executioner would not be Arya Stark but HBO:

“I’m afraid I’m not allowed to tell you anything! I’m here on a private capacity, I’m not an official person from HBO on this instance, but if they find out I said anything about season seven…” Moore then laughed as she drew her finger across her neck in a cutthroat gesture, and joked (at least I hope so): “My contract is written in blood!”

This was Moore’s only tease for us regarding the filming in Spain for season seven: “All I can say is this was the longest time we’ve been filming in Spain this year, and we’ve done some really amazing, amazing scenes, so it’s going to be really exciting.”