The Game Revealed: Episodes 5 & 6 | Watchers on the Wall | A Game of Thrones Community for Breaking News, Casting, and Commentary 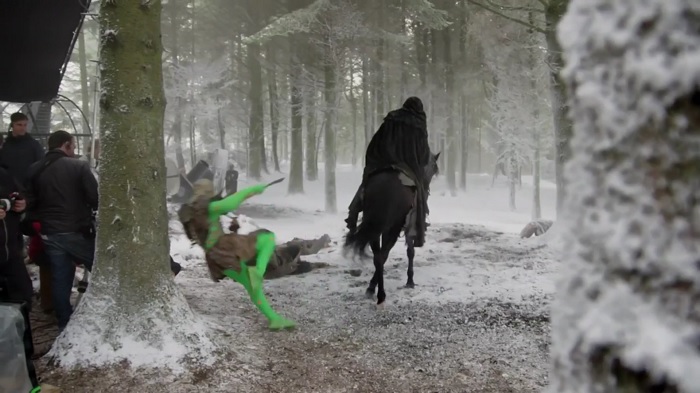 In the latest edition, The Game Revealed focuses on notable scenes including Bran’s vision, the Cave Attack/the Door, the Braavosi theater, and Meera and Bran’s rescue in this week’s episode.

The Game Revealed provides a lot of detail and some juicy soundbites from the people behind the show.

Of Bran’s visions from episode 6, David Benioff says, “Even though some of those images flash by in just a fraction of a second, each of them was very carefully chosen.” So we’re not overthinking things in analyzing these to bits!

“Today is about saving Bran, essentially- saving the prophet,” Joseph Mawle says in his interview from the set. The video shows some of the making of Benjen’s heroic rescue of Bran and Meera. Mawle says, “Nothing is gonna get between that kid and me ’cause I’m one bad motherfucker.” Hempstead Wright also chimes in about Benjen’s return and speaks of a mystical connection between Bran and Benjen now, due to their natures.

Jack Bender weighs in on Daenerys and Drogon’s sky-high moment from the end of “Blood of My Blood,” explaining his choices on how to present the scene, and he says, “At the end of the scene you should be somewhat roused by her…and a little horrified.” With a rather interesting choice of words, the director says, “She’s not Hitler at Nuremberg but she’s got the power.”