'Game of Thrones' Withdrawal Guide Part II | Watchers on the Wall | A Game of Thrones Community for Breaking News, Casting, and Commentary

For those trying to cut down on screen time or simply in search of new reading material, I have compiled Part II of the Game of Thrones Withdrawal Guide. This isn’t a list of fantasy novels that resemble Game of Thrones (nor is ASOIAF on this list because … come on) but rather a list of books that relate directly to GoT and, to a lesser extent, ASOIAF.

A Knight of the Seven Kingdoms 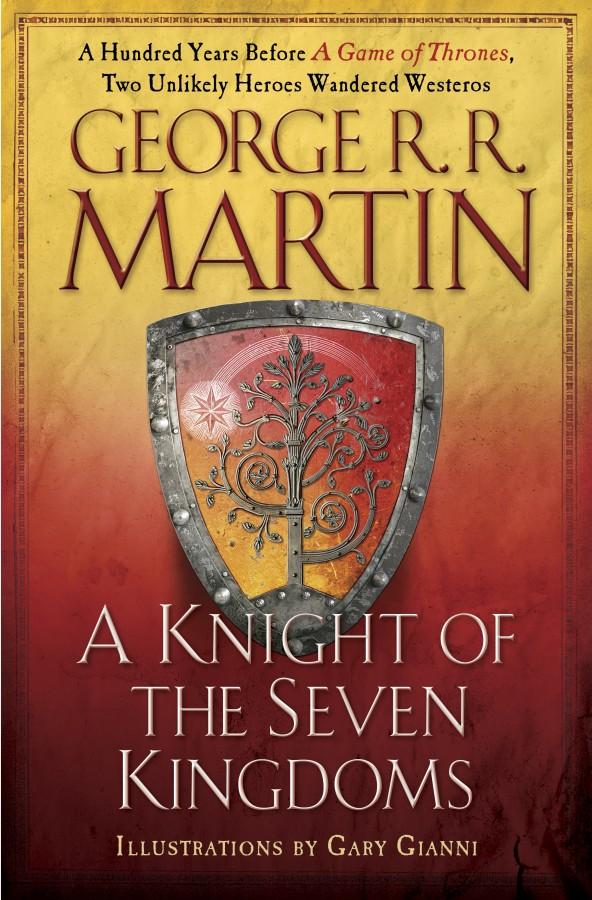 This is the only fictional addition to this list. A Knight of the Seven Kingdoms is a collection of the first three (of a planned twelve) Dunk and Egg novellas that take place nearly a century before Game of Thrones begins. Though it’s technically a prequel to ASOIAF, the Dunk and Egg stories could also serve as supplementary material to the show, as they establish the backstories of several characters who are referenced or appear in the show such as Brynden Rivers aka the Three Eyed Crow. There are also vague whispers of an HBO Game of Thrones prequel series potentially based on these stories in the works. So, if you missed the opportunity to read ahead and be That Guy, smiling smugly while watching GoT with unsullied friends, consider this a second chance.

A Feast of Ice & Fire 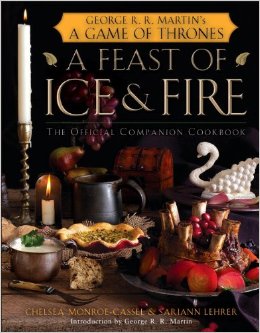 By Chelsea Monroe-Cassel and Sariann Lehrer

If you’d like to serve thematically appropriate food at your next GoT binge party, go method with your cosplay or just add some new recipes to your diet, check out A Feast of Ice & Fire. There are a couple of GoT/ASOIAF cookbooks on the market but this is the only official culinary companion complete with an introduction written by Martin himself. Monroe-Cassel and Lehrer’s recipes are organized by region- the Wall, the North, the South, King’s Landing, Dorne and Across the Narrow Sea- and each recipe is accompanied with the sited passage from ASOIAF in which the dish is mentioned. Here you’ll learn how to make Bowls of Brown from Flee Bottom, the tarts that Arya snitched in Harrenhal, mulled wine and Sansa’s beloved lemon cakes. If some of the more … exotic dishes like Aeron Greyjoy’s broth of seaweed and clams don’t sound quite so appetizing, their gorgeous full-color photographs just might change your mind

The World of Ice & Fire 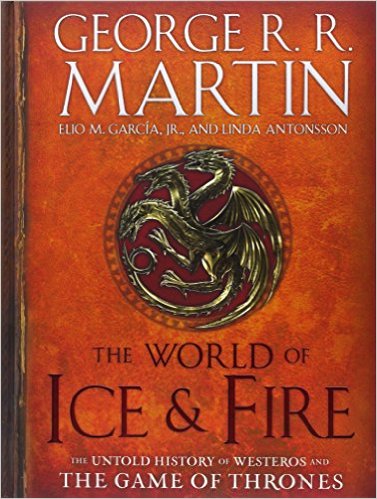 This is the closest GoT and ASOIAF currently have to a Silmarillion. The World of Ice & Fire details the history of each region and house, including the more recent events such as Robert’s Rebellion and the Greyjoy Rebellion that set up the beginning of GoT and ASOIAF. This book also includes beautiful artwork, giving a sense of weight and importance to the stories it tells and offering readers an alternative visual interpretation of the characters. 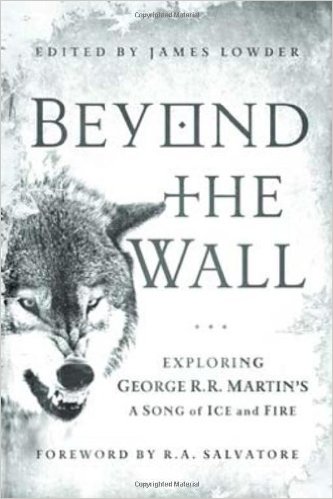 There are many (many, many many …) books of essays analyzing GoT and ASOIAF but this is my personal favorite. Admittedly, as the title indicates, Beyond the Wall: Exploring George R.R. Martin’s ‘A Song of Ice and Fire’ focuses on ASOIAF. Nonetheless, I’d argue most of the analyses are equally applicable to the show. For example, Myke Cole draws upon passages from the books to support his argument that Arya and Theon suffer from Condition Yellow and Condition Black PTSD, respectively, in “Post-Traumatic Stress Disorder in A Song of Ice and Fire” but his point is just as relevant to the characters played by Maisie Williams and Alfie Allen as it is to their literary counterparts.

It Is Known Vol. I 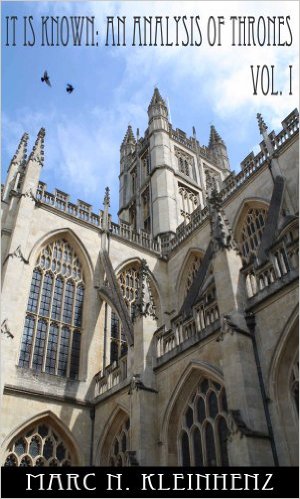 Written by our own Marc N. Kleinhentz, It is Known Vol I is an episode-by-episode analysis of Game of Thrones season 1, addressing its merits both as a television show and an adaptation. Volume II is also available, as is It Is Known: Season 3 Deconstructed written by Stefan Sasse and edited by Kleinhentz.