"Game of Thrones: The Touring Exhibition" moves to Belfast as the final season begins! | Watchers on the Wall | A Game of Thrones Community for Breaking News, Casting, and Commentary 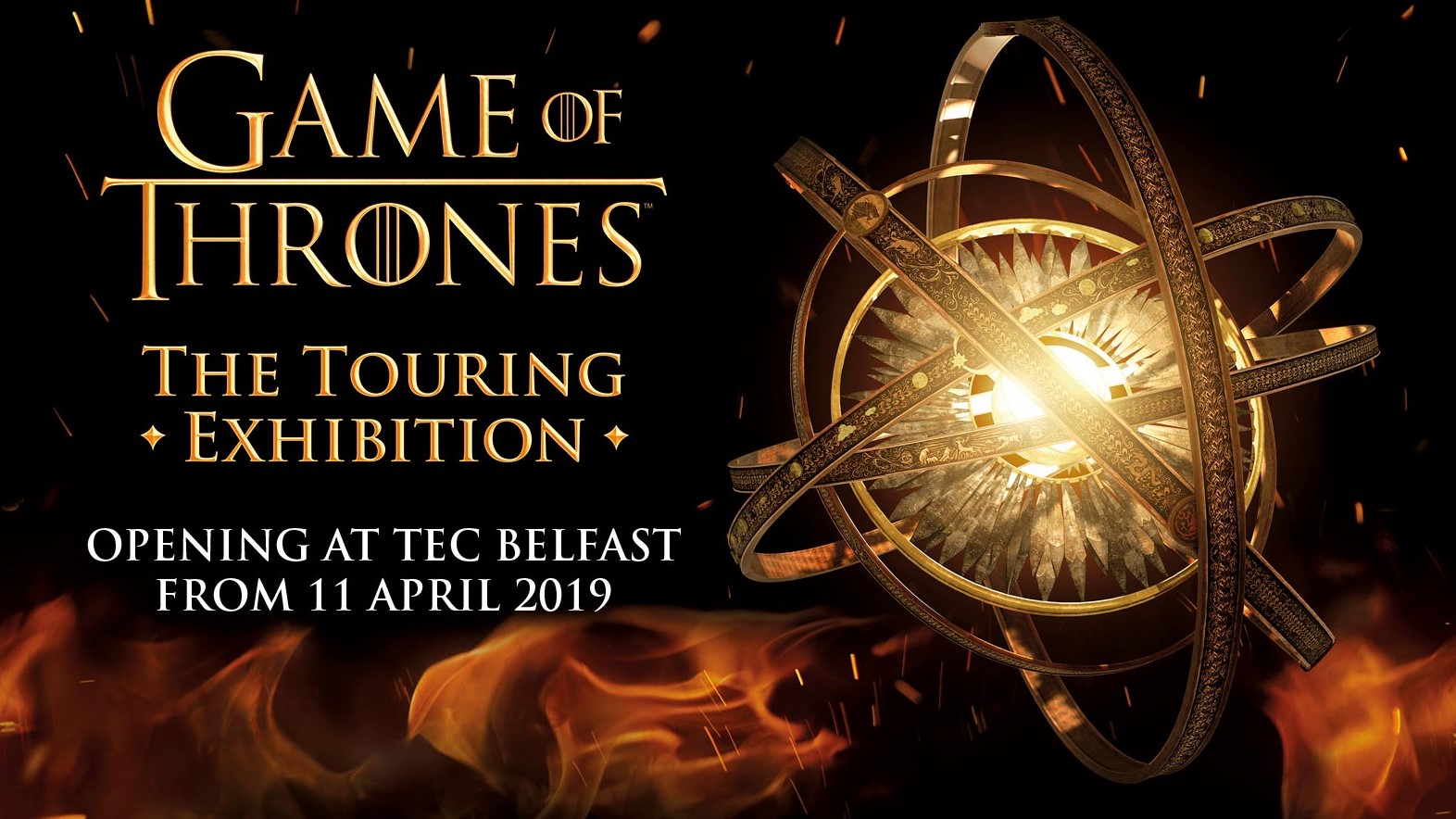 Game of Thrones: The Touring Exhibition continues, at long last! This detailed look at the authentic props, costumes and set decorations from Game of Thrones first showed up in Barcelona, which we reviewed here at Watchers, but if you didn’t have the opportunity to attend, you will have another one soon, and at the headquarters of the Game of Thrones production, no less, in the same month the show returns for a final time!

The Touring Exhibition will make its debut visit to the UK and Ireland at Belfast’s Titanic Exhibition Centre, from 11th April to 1st September 2019.

Reportedly, “the dramatic exhibition combines costumes, authentic props and majestic settings from all seven seasons to create an interactive and immersive Game of Thrones® experience like no other. Located at the TEC Belfast, in the foot print of the legendary Titanic Studios, where much of the series was filmed over a 10-year period, allows fans to authentically immerse themselves in the mythical lands of Westeros and Essos, as well as relive the trials and tribulations of those who struggle for survival in the shadow of the Iron Throne, ahead of the highly anticipated season eight release.”

Considering the show’s still-standing sets are right next to the exhibition, one would think that would be part of the experience, but that doesn’t seem to be the case. HBO has said this will happen in 2019, but perhaps it’ll be part of a different exhibition. Meanwhile, you can book tickets for this limited-time exhibition here!