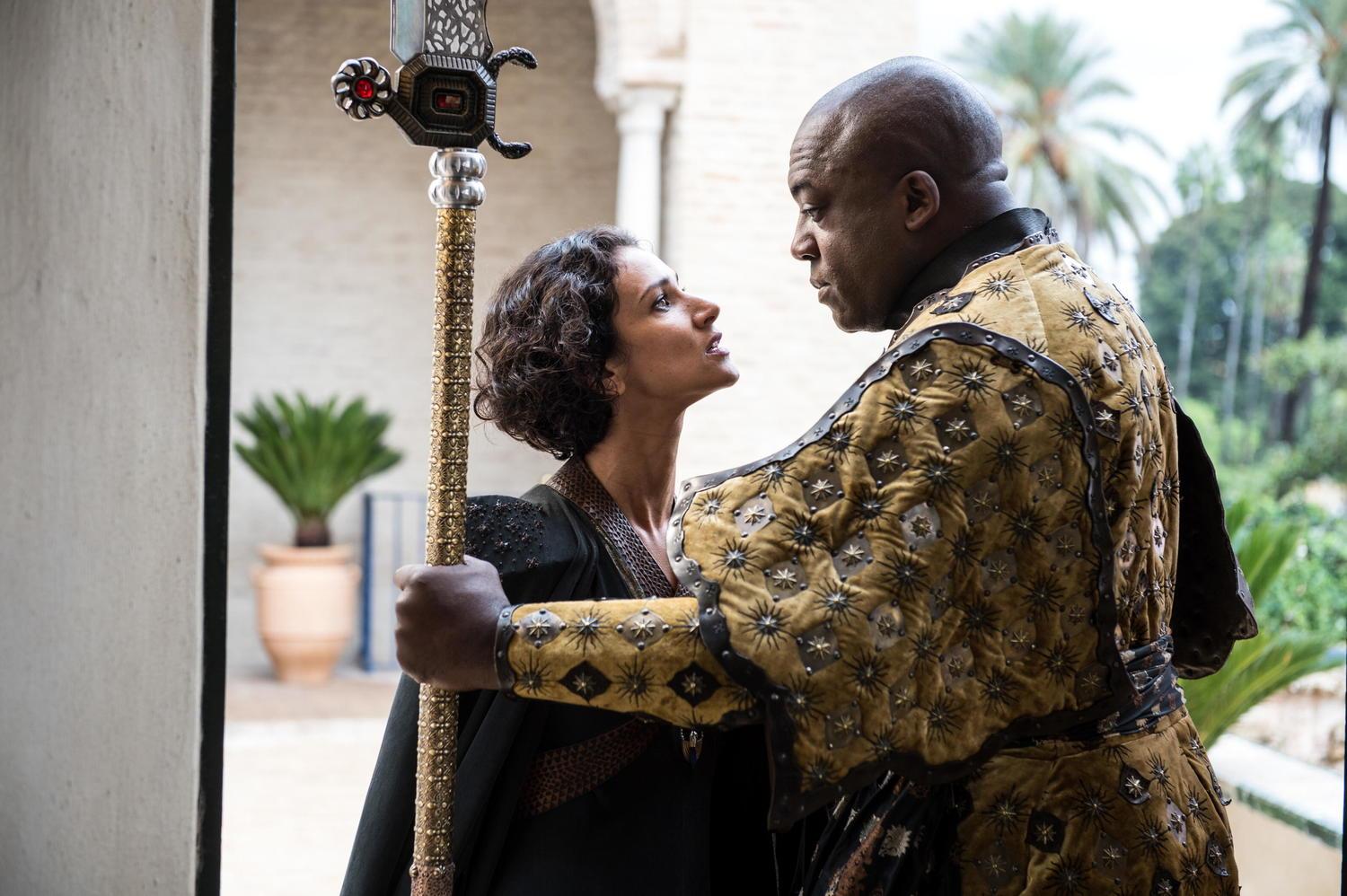 “I will burn their cities to the ground if they touch her.” -Cersei Lannister

From the HBO Game of Thrones Official Synopsis: “Arya arrives in Braavos. Pod and Brienne run into trouble on the road. Cersei fears for her daughter’s safety in Dorne as Ellaria Sand seeks revenge for Oberyn’s death. Stannis tempts Jon. An adviser tempts Daenerys.”

The House of Black and White is written by David Benioff & D. B. Weiss and directed by Michael Slovis, his second Thrones outing, after directing last week’s smashing premiere episode.  With unrest in Dorne, a host of new characters and a chance to finally peek round those imposing black and white doors, this weeks episode is looking very promising.

You can also check out some photos from the upcoming episode on our Facebook page!

Geoffery: Blimey, there’s a lot of tempting going on in this week’s ep, isn’t there?  I’m really looking forward to seeing Dorne on our screens at last and Arya’s arrival in Braavos, having been teased by those Black and White doors for many weeks now. In all honesty though, it’s that pic of Bronn and Lollys going for a sea-side jaunt that’s really got me excited!

episode 502, The House of Black and White