With all the excitement over expanded filming in Spain this year, the question has been asked: exactly how much Game of Thrones shooting will be happening in Croatia? Croatia, with the port city of Dubrovnik as the show’s base, has been a major location since season 2. Dubrovnik’s Old Town has shaped the look of King’s Landing and the people of the country have played a role in production as well, with thousands of local extras signing on over the years.

Watchers On The Wall can confirm we’ve been hearing from various sources for a couple months now that Game of Thrones will be returning to Croatia for only a short amount of filming this year, possibly less than a week.

Additionally Embassy Films, who handles production services in Croatia, has not put out a casting call for any extras in the country as of yet.

This week, several readers of the site bring us new rumors out of Croatia, confirming what we’ve long been hearing unofficially.

According to our Croatian friend The Rabbit, the current word is that filming in Dubrovnik will take place in October for couple of days, maybe a week, only.

WotW reader Harold was visiting Dubrovnik and Lokrum Island last week, and stopped by the new Lokrum Visitors Center in the former Benedictine Monastery. The visitors center houses an exhibition, including an iron throne of its own. While visiting, Harold also heard from locals that they expect filming back in October. 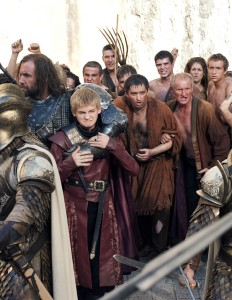 WotW reader Mace also visited Dubrovnik recently and took one of their famous Game of Thrones tours. According to his guide, HBO hasn’t applied for any filming time in the city yet and that because the city is so busy, normally it would have been applied for long before now. The guide did also suppose it could just be secret, or that that it might mean they aren’t filming much in Dubrovnik this year.

Mace’s guide shared another tidbit about past filming I found interesting. Mace says:

in some of the riot scenes like the one where the high septon gets torn apart, a lot of the Croatian extras were just told to shout and be angry, so most of them shouted Croatian political protests! calling for the ex prime minister to be imprisoned (which he now is for corruption) and shouting about politicians involvements in the war there

I wonder if any of the political protests made it in the recorded audio that you can actually hear in the episode! That would be neat, though possibly lead to some trouble for the show. Real life politics and Game of Thrones, that never works out.

As for Croatian filming, it seems like they’re simply filming a few days worth of exterior shots for King’s Landing, potentially with main cast only, and that’s it. The other locations filmed in the area, like Braavos, have been moved to Spain.

Are the difficulties last year during the filming of the Walk to blame? Or is Spain offering Game of Thrones a better deal financially? 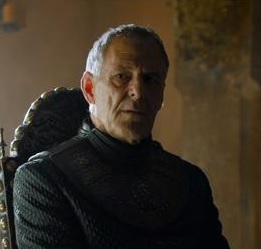 And in other news, you can rest assured, uncle Kevan will return. According to his CV, Ian Gelder is listed for 4 series of Game of Thrones, which means Kevan Lannister will be in season 6.

I look forward to more sparring between Cersei and Kevan next season!

Game of Thrones production is traveling all over Northern Ireland this month. This week, they’re in Glenarm:

Glenarm is a coastal village located near Larne. Larne if you recall is where GOT filmed several Vale-related scenes last year. There’s also a castle in the village, not to mention more rolling hills. Unless there are more sightings, it’s difficult to pin down exactly what they’re doing up there with those horses.