Game of Thrones: Post-Mortem of "The Gift" | Watchers on the Wall | A Game of Thrones Community for Breaking News, Casting, and Commentary 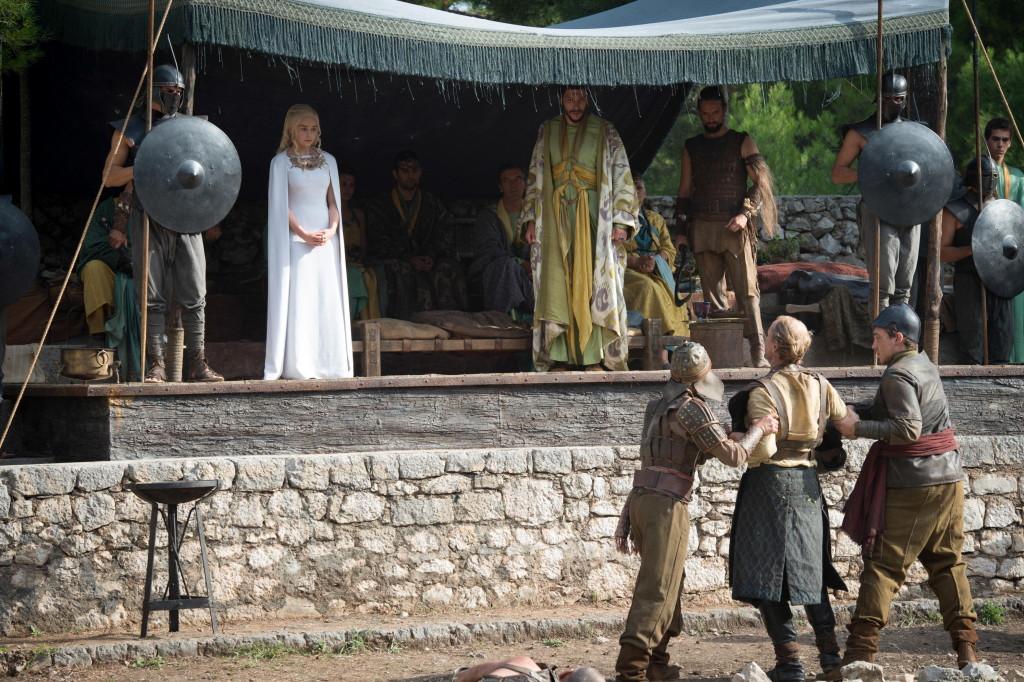 One of the high points of this week’s new Game of Thrones episode, “The Gift,” involved the first meeting of two longtime leading characters, Tyrion Lannister and Daenerys Targaryen. Showrunner and writer David Benioff talked to Entertainment Weekly about the climactic moment in a new interview.

Creatively it made sense to us, because we wanted it to happen. They’re two of the best characters of the show. To have them come so close together this season then have them not meet felt incredibly frustrating. Also, we’re on a relatively fast pace. We don’t want to do a 10-year adaptation of the books, we don’t want to do a nine-year adaptation. We’re not going to spend four seasons in Meereen. It’s time for these two to get together. It’s hard to come up with a more eloquent explanation, but this just felt right. [Varys] puts Tyrion’s mission out there [in the season premiere] and the mission ends in Meereen.

Visit EW to read the rest of the interview!

Fans have been worried about Melisandre’s plans for Shireen for some time, and according to Carice van Houten in an interview with Vulture, those fears have been justified as the priestess’s suggestion to use the princess for a sacrifice wasn’t a spur of the moment decision. 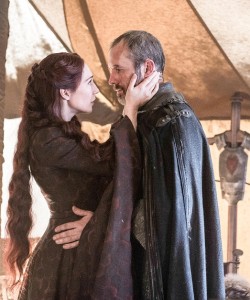 The actress says, “[Y]es, it’s always been part of Melisandre’s plan, to have Shireen there as a sort of backup, for when the shit hit the fan. And now it sort of has. This is the last thing she’s certain of that will do the trick.”

And does Melisandre have any doubts at all about her visions? Carice says, “She’s still loyal to Stannis. She has faith. She still thinks he’s the chosen one. I think she’s slightly distracted by Jon Snow, and I’m not sure if she even knows why. Not yet. She might have seen something in the flames. But I’m not sure how clear of a vision that was, because she’s been wrong, sort of wrong before. I don’t think she’s a fraud, but I don’t think she sees exactly what she needs to see. Sometimes, it’s a little too blurry.”

There’s quite a bit more to the interview so check out the rest at Vulture.

George R.R. Martin shares some of his historical inspiration for the Sparrows with Entertainment Weekly.

The Sparrows are my version of the medieval Catholic Church, with its own fantasy twist. If you look at the history of the church in the Middle Ages, you had periods where you had very worldly and corrupt popes and bishops. People who were not spiritual, but were politicians. They were playing their own version of the game of thrones, and they were in bed with the kings and the lords. But you also had periods of religious revival or reform—the greatest of them being the Protestant Reformation, which led to the splitting of the church—where there were two or three rival popes each denouncing the other as legitimate. That’s what you’re seeing here in Westeros.

Martin offers more insight into the topic in the interview at EW. 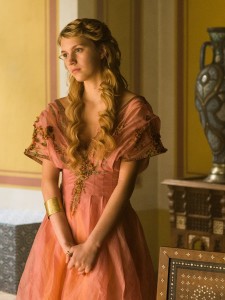 Our new Myrcella, Nell Tiger Free, talks to Vulture about her character’s choice to stay in Dorne, despite the danger.

There’s a real danger threatening me, but I’m blinded by love, and I don’t know how much danger I’m in. I’m so in love with my fiancé, I just want to be there with the boy I love. So when we get into an argument about that, that’s the first time you really see what Myrcella has to say. And obviously, she thinks Jaime is just her uncle. She doesn’t really know she’s a child of incest. [Laughs.] Well, maybe in her heart of hearts, she’s a little bit suspicious that there’s something more there. I think deep down, she knows. But Myrcella’s sweet. She doesn’t have any bad intentions.

Nell also says she thinks Myrcella would be a “really good queen” if it comes to that.

In this week’s Inside the Episode, David Benioff and D.B. Weiss discuss the passing of Maester Aemon, Dany’s rejection of becoming a butcher, and the High Sparrow making his move against Cersei.

John Bradley and Hannah Murray discuss Sam and Gilly’s bond and their actions in “The Gift.”

George R.R. Martin shares info on the Martells’ frequent use of poison, as highlighted in last night’s episode.