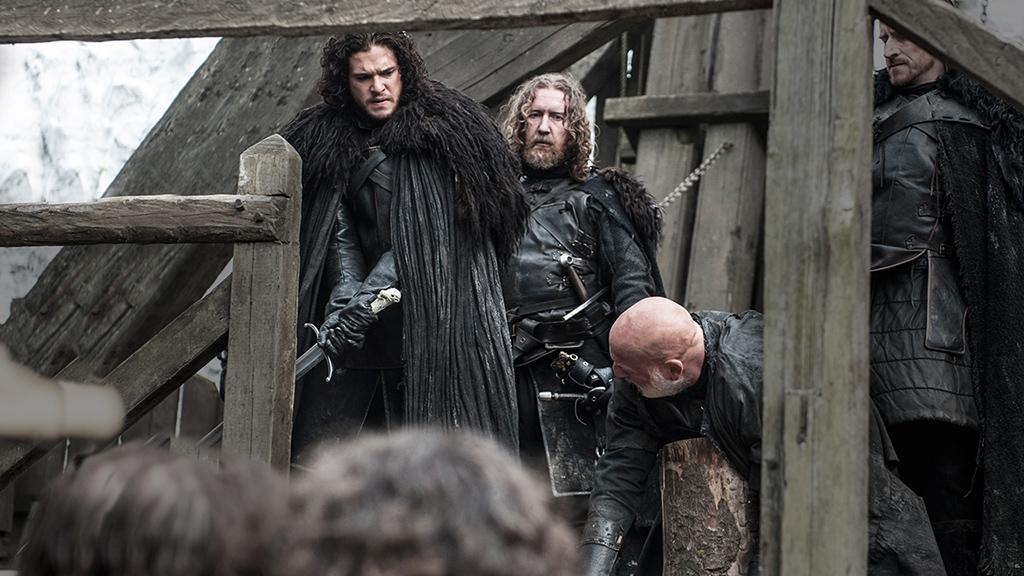 Heads rolled in the third episode of this season of Game of Thrones– well, at least one did and it was long overdue- and uncomfortable alliances were made. “High Sparrow” featured Jon Snow settling into his role as Lord Commander, Sansa Stark finding out she’s going home, and Brienne of Tarth opening up about her painful past. Here are the cast and writers of the show shedding some light on last night’s episode.

“She’s at the hands of another monster,” says Sophie Turner of Sansa’s new fiance while talking with the New York Times. She explains that, “If anyone can deal with these kinds of people, it’s Sansa.” The actress adds that Sansa “knows how to tiptoe around psychopaths,” undoubtedly because of her time spent with Joffrey.

Sophie says that when she received her script, she was “shocked to my core. Because I was just like, is this really going to happen for her again? It’s really quite devastating.”

Stop by the New York Times for the complete interview, and to find out whether Sansa will be joining Ramsay on his hunts.

“Sansa is a character we care about almost more than any other, and the Stark sisters have from the very beginning been two characters who have fascinated us the most,” says David Benioff. “We got very lucky in casting because it’s so hard to cast good kids. Even if they come in and do a great audition, it’s so hard to know if they’re going to quite literally grow into the parts. With Sansa and Arya in particular, their storylines have become quite dark. It was such a gamble and the fact that they’ve both become such great wonderful actresses is a bit of a miracle.” 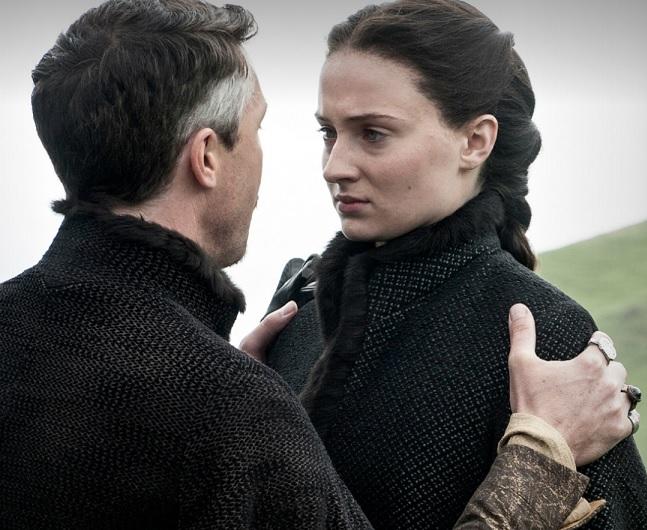 That’s why they swapped Sansa’s book story for the one belonging to minor character Jeyne Poole in the novels.

“We really wanted Sansa to play a major part this season,” Benioff says “If we were going to stay absolutely faithful to the book, it was going to be very hard to do that. There was as subplot we loved from the books, but it used a character that’s not in the show.”

Bryan Cogman says, “In the books, Sansa has very few chapters in the Vale once she’s up there. That was not going to be an option for one of our lead characters. While this is a very bold departure, [we liked] the power of bringing a Stark back to Winterfell and having her reunite with Theon under these circumstances.”

“You have this storyline with Ramsay. Do you have one of your leading ladies—who is an incredibly talented actor who we’ve followed for five years and viewers love and adore—do it? Or do you bring in a new character to do it? To me, the question answers itself: You use the character the audience is invested in.”

Stop by Entertainment Weekly to read more about Sansa and Littlefinger’s perspectives.

Kit Harington had a big moment last night with Jon Snow and the execution of Janos Slynt. Harington talked to EW about Jon’s inner conflict over performing his killing duties.

“He had that moment again here. He’s thinking: ‘Can I kill a man in cold blood?’ And this time he does it. That’s a big change for Jon.” He says that even though Jon is technically unaware that Slynt had a part in Ned Stark’s downfall, “I feel like somehow Jon knows, somehow deep down, that Slynt is an unjust man who’s done bad things and that’s what gives him the power to do that.”

Brienne shared a traumatic piece of her past in last night’s episode and Gwendoline Christie talks about how the experience shaped her character with the people at Making Game of Thrones.

Women are all brought up with a series of conventional expectations, so one cannot help but want recognition or affirmation in those areas. I think what’s so beautiful and interesting about the character of Brienne of Tarth is yes, she’s strong; she’s a badass; she has vulnerability. But in all of her lack of convention and her uniqueness, all women can identify with her because she wants to be loved in the way that as human beings – male or female – we all want to be loved. We see the pureness of her humanity, and that she’s something that isn’t so far away from all of us.

Christie says, “In my estimation, it just gave her further fuel to become the person that she wanted to be.”

In the weekly edition of Inside the Episode, David Benioff and D.B. Weiss discuss the shift in power between Cersei and Margaery, Arya’s dfficulty with leaving behind her sense of self, and Jon’s choice to execute Janos Slynt.

Kit Harington talks about Jon’s practicality, his inner turmoil over the execution, and the performances.

George R.R. Martin provides info on the Faceless Men of the House of Black and White.