Game of Thrones NYCC 2015 Round-up UPDATED with FULL PANEL | Watchers on the Wall | A Game of Thrones Community for Breaking News, Casting, and Commentary 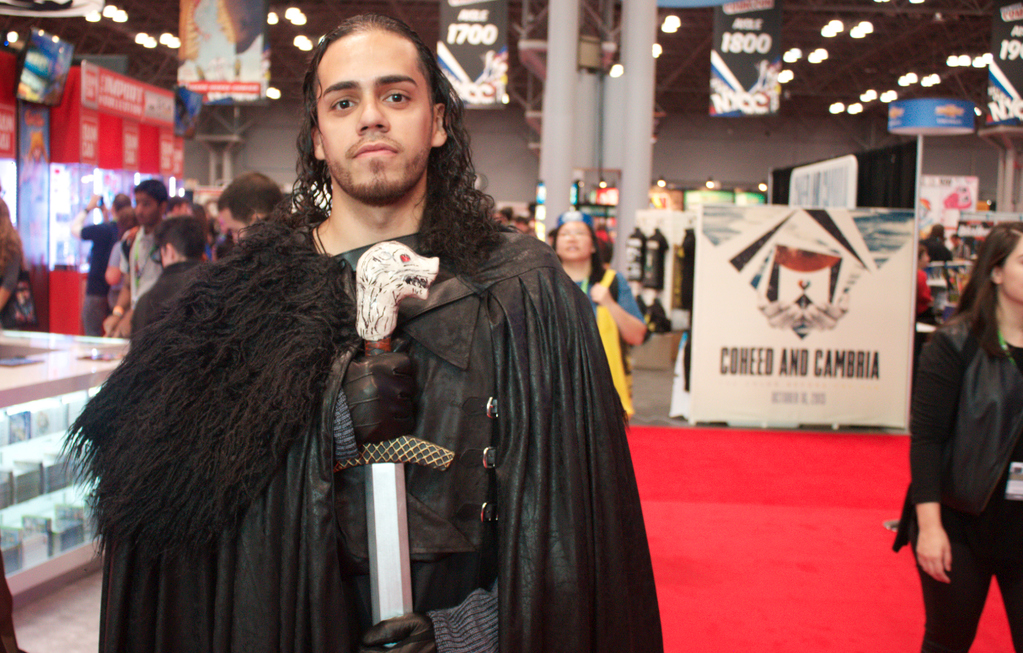 Another Comic-Con has come and gone and with it comes new merchandise, cast interviews, and fellow fans sharing in the excitement Game of Thrones has brought us all. It’s the type of event that truly makes being a fan worthwhile and, in today’s digital age, even those who are unable to attend can still make up for it with a little help from your friends at WOTW!

The journey to Comic-Con begins on the streets of New York City where fans arrived in style representing your favorite house sigils on the Game of Thrones shuttle: 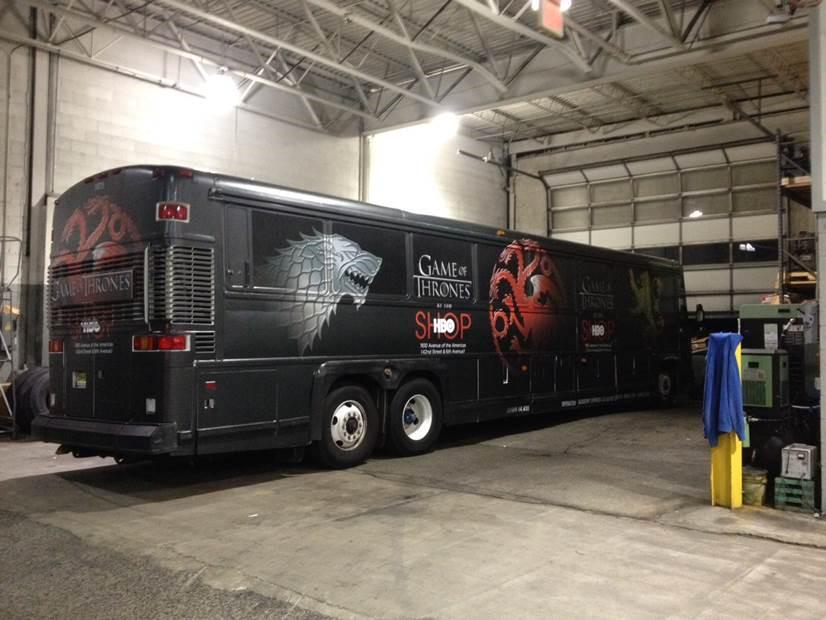 Then it’s right to the booths for some new merchandise! 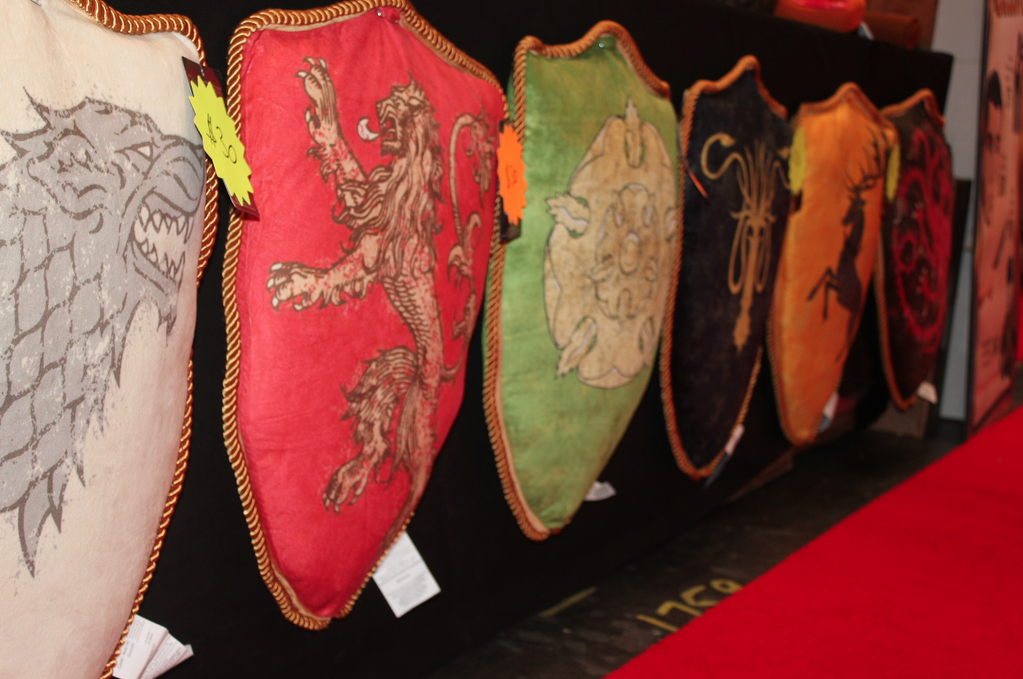 Grab your favorite house plushy to keep you safe at night against all the White Walkers and terrors that pursue. 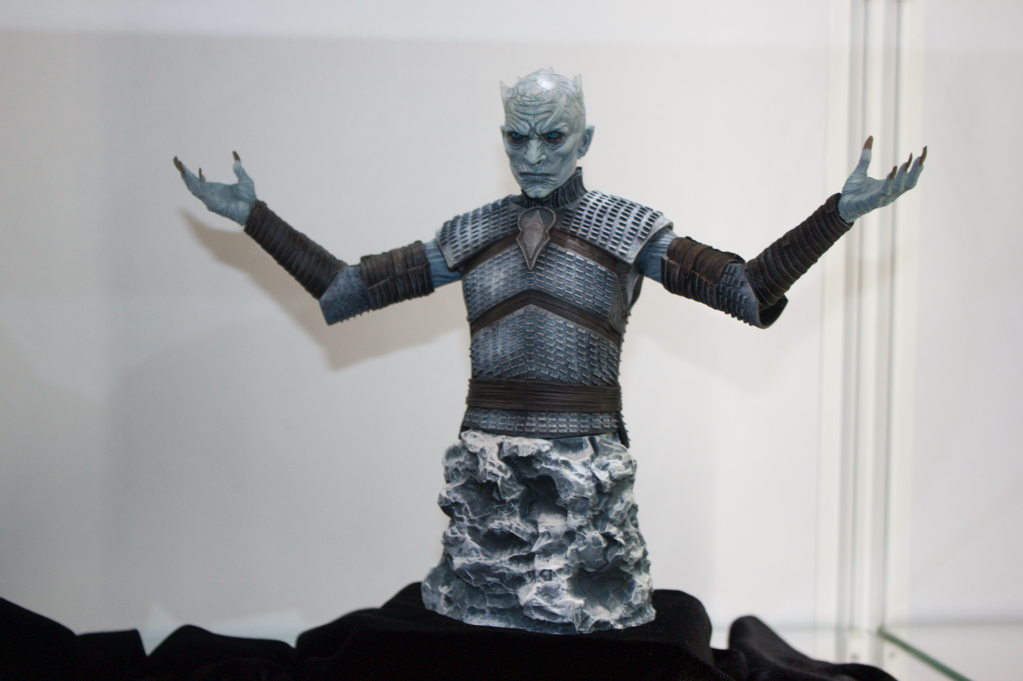 Rise up like the dead for this new bookend!

Or name yourself royalty with the new King Joffrey crown. 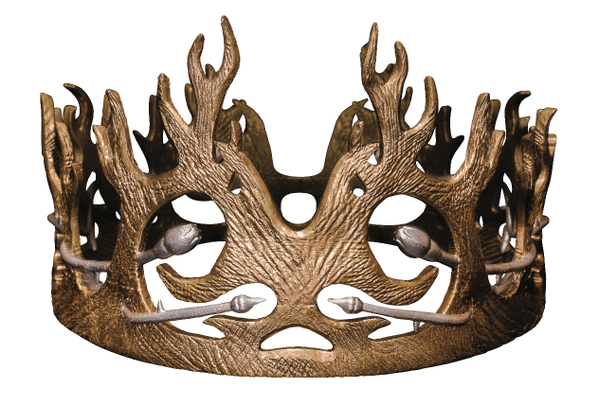 What crown would be complete without a throne? Funko Pop! has you covered with the new 6″ Iron Throne. 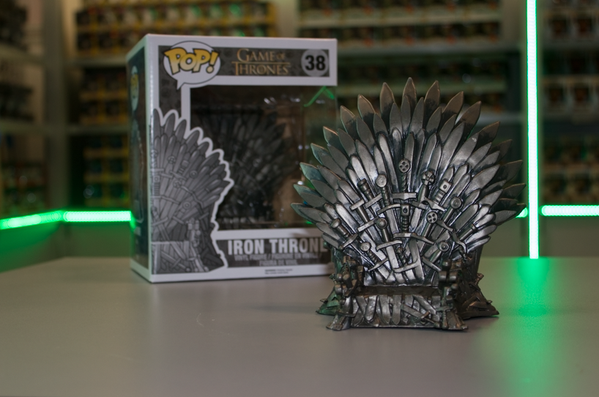 For more merchandise from NYCC, head on over to HBO’s online store!

What Comic-Con would be complete without a panel? The lovely Natalie Dormer (Margaery Tyrell), Finn Jones (Loras Tyrell), and Keisha Castle-Hughes (Obara Sand) have some speculations on season 6 and the massive amount of locations used for shooting.

While the panels are under tight security this year, we did manage to find a video of a portion of the panel while Entertainment Weekly (EW) provided highlights.

Firstly, Hughes has some words regarding her dearly departed father, Oberyn Martell (Pedro Pascal) and his epic duel with The Mountain:

I found out that I was playing one of his daughters, and I was freaking out when I watched that episode. My roommate at the time was like, ‘It’s just a TV show, why are you so upset?’ Because that’s my dad!

It’s such an amazing, well-choreographed fight, Pedro almost refused to let his stunt double do any of it. He practiced again and again. When you watch that show and you know how much effort he put it into it, only to be…

…yeah, crushed like a grape. It’s heartbreaking, we know, but that’s why we love Game of Thrones.

Hughes admits she’d love to meet Arya saying “For very selfish reasons; she’s my favorite character” while Dormer would love a chance to play games with Ramsay and test her wits (“Here, drink this”) but Finn Jones by far had the best response:

I think Loras would probably turn Jon Snow gay, I’d like to see that happen. ‘You know nothing, Jon Snow.’ I’d teach him a thing or two.

His comment, of course, received tremendous applause. He also speculates about the end of the saga:

I think there will be a huge battle between ice and fire, I think ice and fire will completely destroy themselves in this great war, destroy all of Westeros, and I think a lot of people will die. Out of the ashes will come the people who will make Westeros anew. Maybe Bran, Hodor, Brienne, Tyrion.

So no Margaery or Loras, huh? Well, at least Hodor made the cut. For more, head on over to EW!

There you have it, folks! Now go grab some merchandise and leave us a comment letting us know what you think!