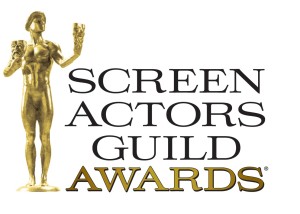 Nominations for the 22nd Annual SAG Awards were announced live today, and once again, Game of Thrones made the list in several categories!

The cast has been nominated for Outstanding Performance by an Ensemble in a Drama Series, the highest honor for a TV drama at the SAG Awards.*

GoT will face stiff competition from the stellar casts of Downton Abbey, Homeland, House of Cards and Mad Men.

One cast member received special recognition- Peter Dinklage has been nominated for the award for Outstanding Performance by a Male Actor in a Drama Series!

The show is also nominated for Outstanding Action Performance by a Stunt Ensemble in a Comedy or Drama Series.

Game of Thrones has won the Stunt Ensemble award for the past four years. GoT will be competing against The Blacklist, Homeland, Daredevil, and The Walking Dead for the award. Can they capture it again, after a year of action-packed episodes like “Hardhome” and “The Dance of Dragons”? We’ll find out!

The winners will be announced during the live ceremony on Saturday, January 30th. It will be simulcast on TNT and TBS at 8 p.m. (ET)/5 p.m. (PT).

Congratulations to the cast of Game of Thrones on their nominations!