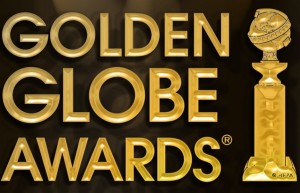 The nominations for the 73rd Annual Golden Globe Awards were announced this morning. Happily, Game of Thrones was included among the nominees!

This year, Game of Thrones is nominated for Best Drama Series.

It will be face strong competition in the form of Empire, Mr. Robot, Narcos and Outlander. As you can see, the Golden Globes carried on its habit of recognizing new blood.

It’s odd to have Game of Thrones be the veteran in the bunch! This will be an interesting battle in the best drama series category.

Game of Thrones was nominated in this category last year as well and in 2012, when Peter Dinklage also took home the award for Best Supporting Actor.

In other categories: GoT‘s Tobias Menzies picked up a Best Supporting Actor nomination for his work in a dual role on Starz’s Outlander.

The winners will be announced in the ceremony hosted by Ricky Gervais on January 10th. The complete list of Golden Globe nominations is available on the organization’s website.

Congratulations to all the hardworking people behind Game of Thrones on this nomination!