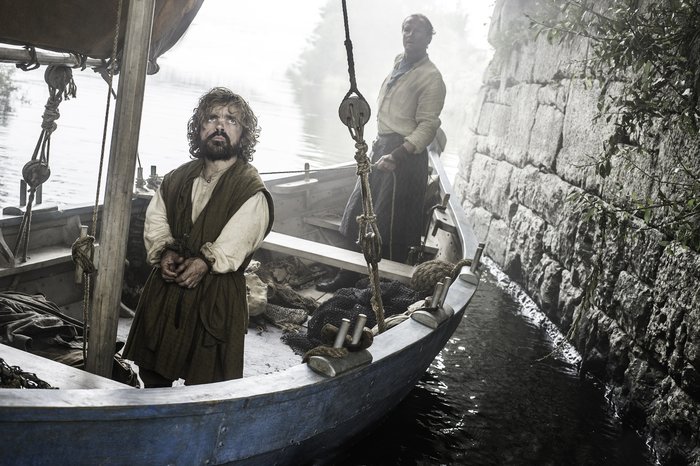 “Kill the Boy,” penned by everyone’s favourite Game of Thrones screenwriter, Bryan Cogman, originally aired on May 10th 2015. Directed by series newcomer Jeremy Podeswa, it is a decent hour. Despite not visiting King’s Landing once, it is a well-paced episode, and each storyline is given ample time to breathe before we move on to the next one.

Let’s take a closer look at a handful of key scenes from “Kill the Boy.”

Firstly, I’d like to talk about Daenerys. There’s an interesting parallel here with the last episode I wrote a Memory Lane post for “The House of Black and White.” In it, Dany makes an ill-calculated move that results in her alienating the poor, former-slave class of Meereen. In “Kill the Boy,” she makes a similarly ill-conceived political move, one that establishes her as more of an impulsive despot than a benevolent monarch.

Slavery, while wrong from a modern point of view (and from a Westerosi one), is an established reality throughout the majority of Essos. This is something Daenerys fails to understand, and her attitude towards its absolute expulsion is reminiscent of certain contemporary internet cultures, which oftentimes no longer see the value in openly discussing an issue. Dany adopts a stance of no tolerance with no room for diplomacy, instead enacting her rule through fear of death. Many fans see this as a “badass” moment for Dany, but I wholly disagree. It is a dark turn for her character, and hints at a spark inside her that will hopefully be further developed in season 6. But, “badass?” No. Wanton execution is a scary precedent, and more aligned with her mad ancestors than with the saviour she wishes to be. 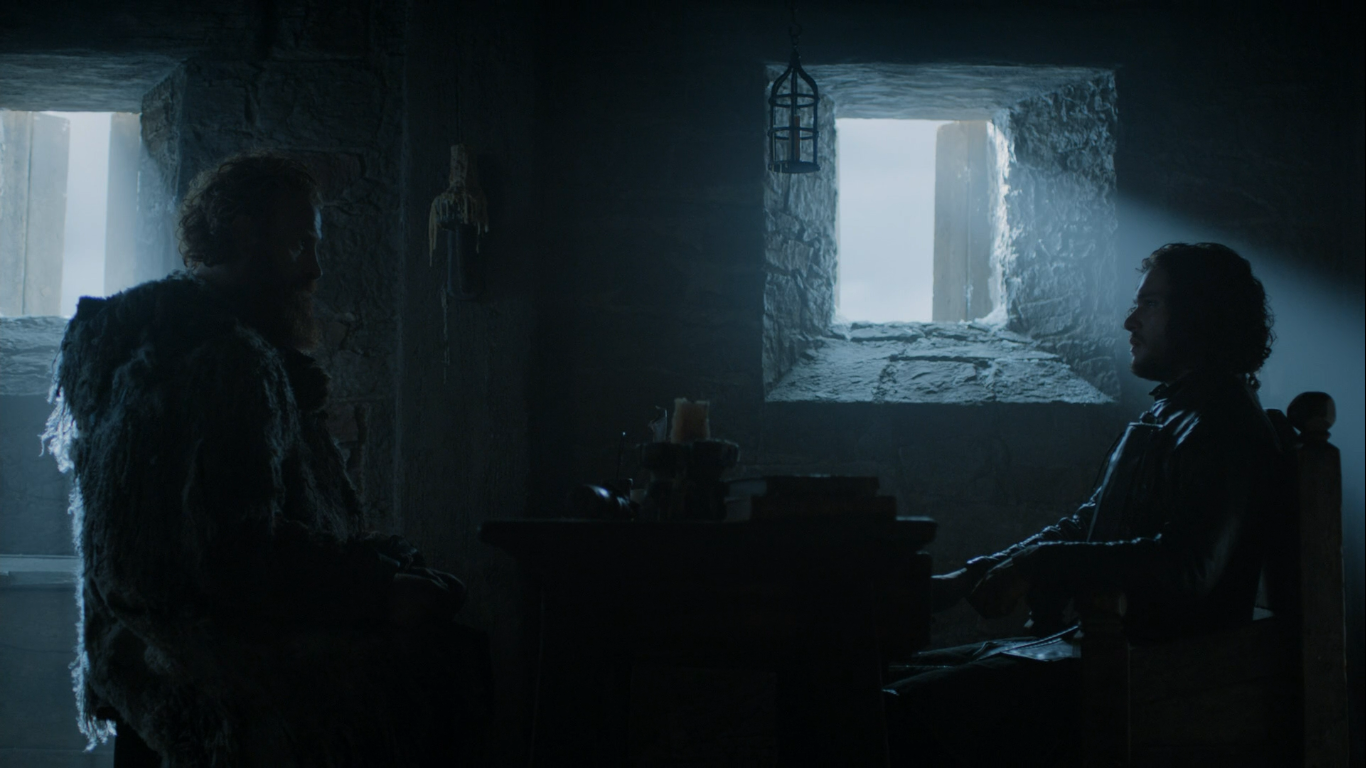 The scene between Jon and Tormund uses a classic Hitchcockian style of blocking and movement, and effectively communicates character dynamics through physical actions while they talk. A similar technique will come up in the later Bolton dinner scene, but it is more easily readable in the context of a one-to-one conversation.

The scene begins with a profile shot of the two men sitting across a table from one another. Jon is lit by a shaft of light coming through the window behind him. This means that our eyes will initially be drawn to Jon, who is making the opening statement of the scene. Tormund is still in the dark, his motivations yet unclear, as he, like us, listens to what Jon has to say. Jon continues to poke and prod, getting only curt responses from the straight-backed, immovable wildling. We then see Jon leaning in, attempting to convey his plea through confident vulnerability. To his frustration, Tormund matches his movement, leaning in intimidatingly.

At this moment, Jon stands up, elevating himself, his humble offering having gone unanswered. He takes the position of authority and moves into Tormund’s personal space. Notably, he moves out of the light, and Tormund leans back into his own light source, the focus now on him as we wait to see if he can challenge Jon’s dominance of the scene. Tormund’s answers become more personal here, as he subconsciously respects Jon stepping up. Upon Jon questioning his integrity, he falls for the goad and rises, squaring up to the Lord Commander. He now eclipses the light, rendering his physicality eerie and looming. At the scene’s resolution, despite Tormund’s height advantage over Jon, both men are framed at an equal angle, so that when the shots intercut, they are on level ground.

You could play this scene without audio and still have an accurate idea of the dynamics just from the beat-to-beat movement. There are no directorial tricks on display here. It is simply unadorned camerawork. Podeswa cuts only when necessary, and doesn’t attempt to play up the scene using gimmicks. He lets the cameras roll and allows the scene to play out. The drama comes simply from the performances and the staging. This Cogman/Podeswa combination works wonders for dialogue scenes, and it makes me look forward to the director’s return for the first two episodes of season 6. 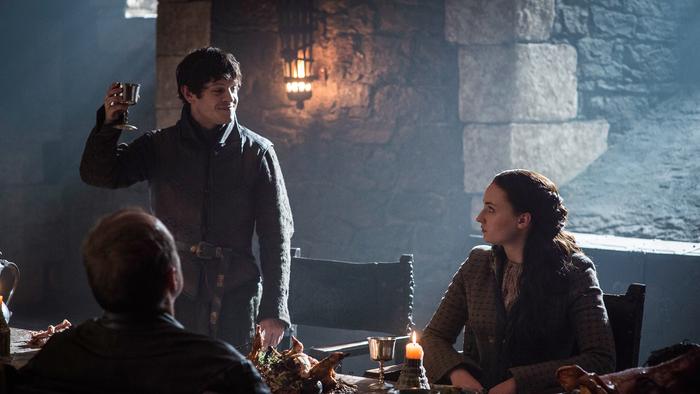 Michael McElhatton makes an astute observation on the Blu-ray audio commentary. Whether intentional or not, Sansa’s long walk to finally come face to face with Reek is quite Silence of the Lambs-esque. While the scene in this episode is nowhere near as deftly handled as that iconic first meeting between Clarice and Lecter (which coincidentally also uses amore subdued Hitchcockian style of blocking/framing), they are very similar visually.

Following this, we have the Bolton family dinner sequence, which is a lesson in text and subtext within a scene. It is a complex beast. There are layers to every interaction between Sansa, Roose, and Ramsay, while Reek is Reek, and Walda is delightfully innocent in her sincerity. There is a particular veiled nuance on display here that Cogman has proven exceptional at adapting in seasons past. It is encouraging to see that habit continue as we go completely off-book. I would love to unpack this scene, but in doing so I fear I would put readers to sleep. Instead, I would urge you to watch the scene four times through, each time focussing on one key character only and considering what they are thinking, and how each beat affects them.

Roose’s story about Ramsay’s mother doesn’t have the raw, cold punch of its novel counterpart, but in essence it works just as well. The father/son dynamic between them is something I feel could have been mined a lot more deeply, but was lost due to the showrunners’ adoration for Iwan Rheon’s portrayal of Ramsay and their desire to push him as the main antagonist in Tywin’s stead. More’s the pity, as McElhatton has continued to be one of the most consistent and underrated stars of the show.

Speaking of consistent and underrated stars… 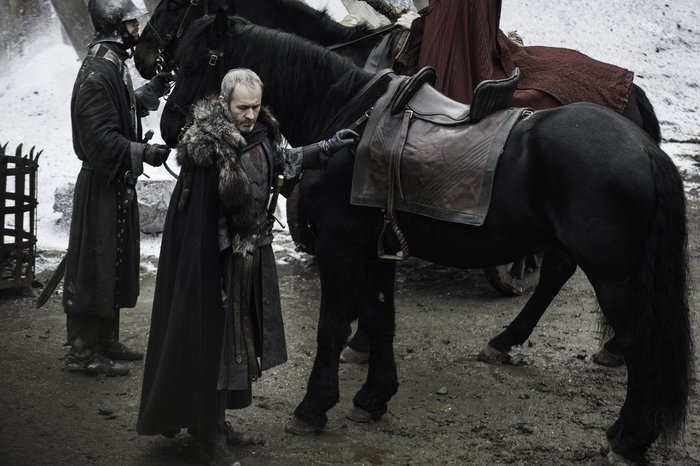 According to Stephen Dillane, he didn’t quite “get” the character of Stannis, nor the show itself – an irony of ironies, as he absolutely nailed the character. Whatever issues one may have with the writing of Stannis’ arc, Dillane’s portrayal was always pitch-perfect. He has two great moments in this episode. One is the more superficial reference to the grammatical correction he made in conversation with Davos in season 2. The second is him seeing Samwell’s true worth. In some aspects, Randyll Tarly and Stannis Baratheon are quite similar, but in others, they couldn’t be more different. While both are nothing if not stubborn, their appliance of that stubbornness is what differentiates them. Randyll would force his son to adhere to the world as he sees it, while Stannis would use what skills Sam has to augment his own. Their talents speak to this also – Randyll is known as a great warrior (steadfast and dedicated to an objective), while Stannis is known as a great commander (adaptable and skilled in shaping a situation to his will).

As a sidenote, the musical cue when Stannis leaves Castle Black is one of my favourites of the season. It combines the “Warrior of Light” theme with a hint of the title theme on accompanying strings. It’s a shame that it does not feature on the soundtrack, but one wonders if the “Warrior of Light” theme is specific to Stannis (it briefly featured in season 3 as Thoros blessed the trial by combat between Beric and Sandor). If not, could we hear it develop further in season 6 as Melisandre adapts to change at Castle Black? Who knows?

I’m of two minds when it comes to the Stone Men attack. It’s a claustrophobic, quick fight, so it’s difficult to shoot in this regard. The opening shot in which we get an out-of-focus glimpse of the first aggressor is a nice touch. However, according to Podeswa on the Blu-ray audio commentary, the cut to black when Tyrion falls overboard was supposed to communicate to the audience a moment of doubt concerning his fate. This type of cheap hook is a pitfall the show usually avoids, and it is for this reason that I am glad the episode did not end here. But, since it doesn’t end here, it begs the question: what was the point in pretending he was dead, even for a brief moment? There is no explanation as to why we should be unsure of Tyrion’s fate. Up until this point, we have not been experiencing the scene from Tyrion’s first-person perspective, so the sudden shift in direction to our viewership being tied to his consciousness is jarring. Besides, Jorah is also present and has to save the dwarf. This isn’t shown, just to further enable the shock moment. It’s an editing trick that betrays good storytelling. It’s also a minor gripe in the grand scale of things, and speaks as to how highly I hold the show that something so small and relatively insignificant would annoy me. 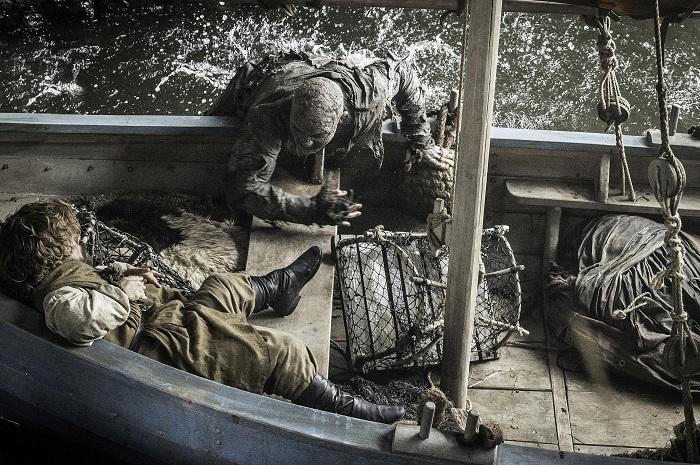 Not necessarily the phrase itself, but the context in which it is used. Hizdahr defiantly cuts short Dany’s dramatic speechifying with two simple words, and Dany is visibly taken aback and irritated.

A satisfying call back to Stannis correcting Davos in season 2. Davos’ following “What?” is the cherry on top. 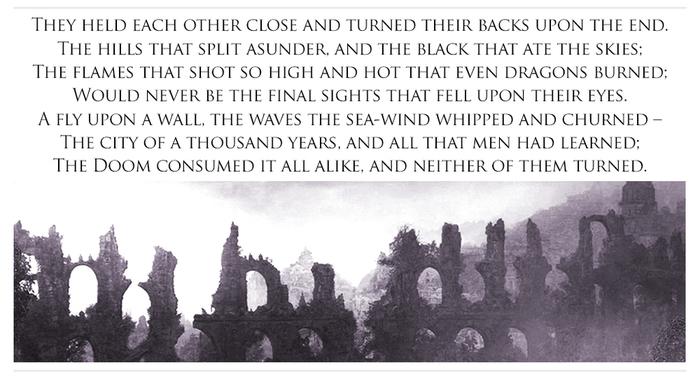 Beautiful Death for “Kill the Boy.” For Ser Barristan Selmy: 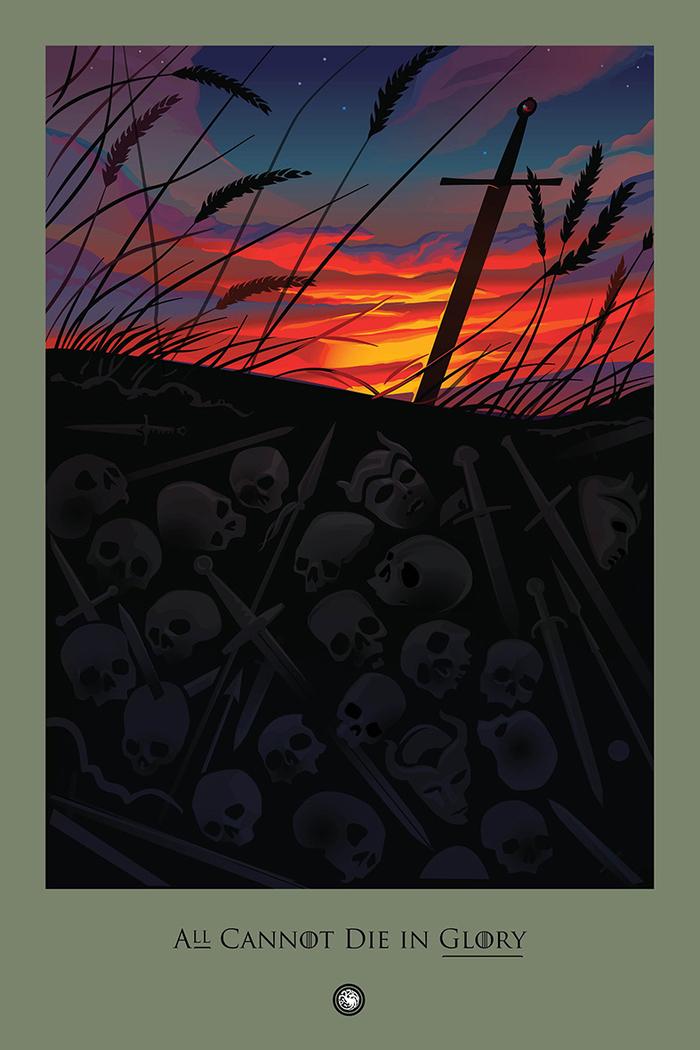