Game of Thrones Memory Lane 304: And Now His Watch is Ended | Watchers on the Wall | A Game of Thrones Community for Breaking News, Casting, and Commentary 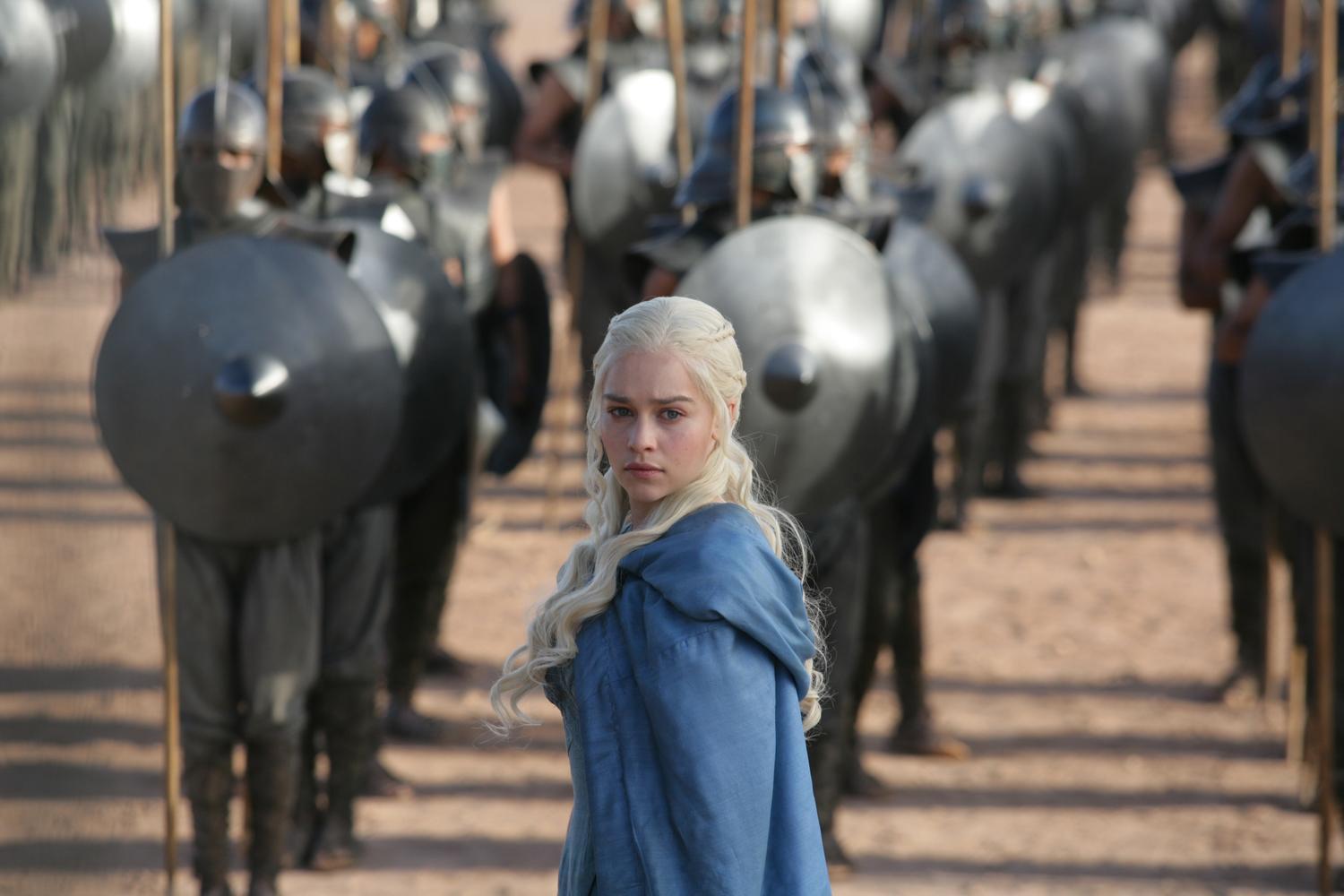 On April 21st 2013, Alex Graves made his Game of Thrones directorial debut, Kraznys was cooked, and a fuckin’ legend was born. Yes, “And Now His Watch is Ended” was a quintessential GoT  episode – fire, blood, death, exposition, innuendo, politicking, character development, more fire, more blood, and more death.

Written by David Benioff and Dan Weiss, “And Now His Watch is Ended” remains forever memorable thanks to its closing scene. It is quite a contemplative episode until the chaotic final third, laying down tracks ahead of certain plotlines, while providing crucial turning points for others.

More on that soon, but for now, a summary: 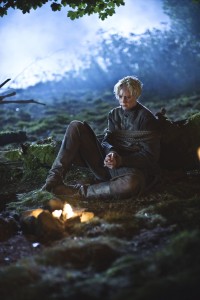 The episode opens on a shot of Jaime’s hand. In many ways the theme of the episode seems to be just that – characters revealing themselves and playing their true hands. Varys, Margaery, Ramsay, the mutineers, Daenerys – they all reveal another element of themselves, which serves to drive their respective plots in the back half of the season.

Many fans cite Alfie Allen as one of the strongest performers in an exceedingly strong cast, and this episode shows why. His regretful confession to Ramsay is heartbreaking, and made even more so when any hope of redemption is immediately snatched away by Bolton’s Bastard. Speaking of this sequence – to me, this was Ramsay at his most intimidating. Before sausage-waggling, before shirtless fighting prowess, before conscription of Twenty Good Men®, here was an unhinged sadist, who – with a wry grin and a glint in his eye – could terrify simply with the implied promise of horrors to come. He was effectively revealed by nature, if not yet by name.

The titular scene is a flurry of absolute chaos, and so it should be. The ill will of the Night’s Watch towards their host and the unrelenting Northern climate has been brewing for quite some time, and the straw that breaks the camel’s back is wielded by Burn Gorman’s Karl Tanner. Although he has since become a walking meme, at the time (much like Birgitte Hjort Sørensen’s Karsi in “Hardhome”), Karl was an incredibly memorable short-term character, who gave an effective new face to  a certain faction.

The final scene is a fan favourite, and for good reason. It adapts a key moment from A Storm of Swords in an interesting way, and in doing so subverts the audience’s expectations without being exploitative or condescending. It serves a narrative purpose while remaining both satisfying and entertaining. Although I’m not particularly a Daenerys fan, this scene is a personal favourite. Underscored by Ramin Djawadi’s new evolution of Dany’s theme, the decimation of the masters and subsequent triumphant march out of the city is a sight to behold. On that note, I might as well mention that it contains one of my favourite shots in the show thus far (thanks to cinematographer Anette Haellmigk for this) – Jorah regarding an elevated Dany standing in silhouetted profile after the slaughter. It’s a striking visual.

The scene also marks the first usage of High Valyrian in the show, as opposed to the more guttural and harsh Low Valyrian spoken by Kraznys. David Peterson’s body of work is largely underappreciated, but we at the Wall acknowledge his titan effort. The man is a genius. 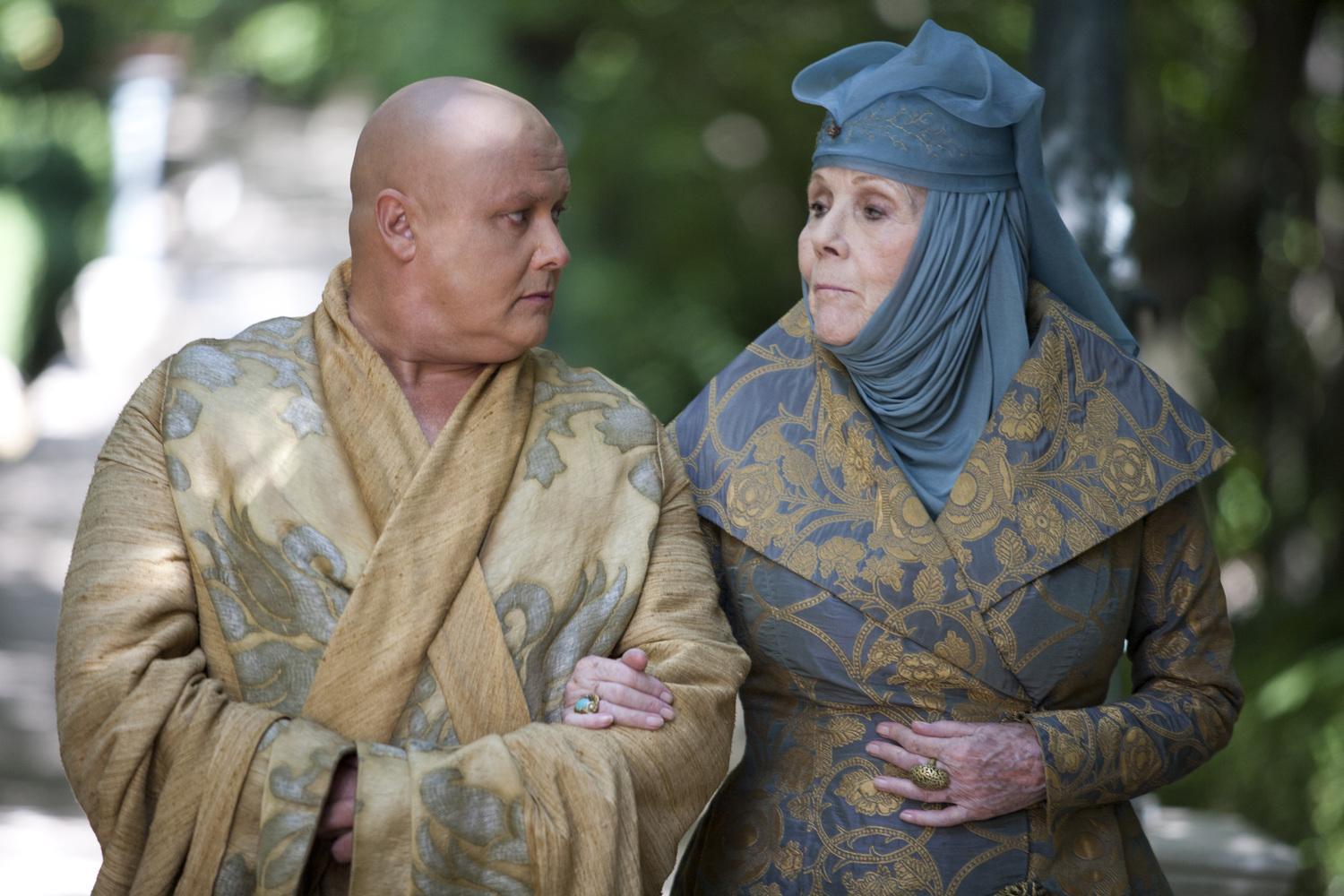 “My real father lost his head at King’s Landing. I made a choice, and I chose wrong.” – Theon Greyjoy

“What happens when the non-existent bumps against the decrepit? A question for the philosophers.” – Olenna Tyrell

“He would see this country burn if he could be the king of the ashes.” – Varys

“You are a bastard. A daughter-fucking, wildling bastard.” – Karl Tanner

Beric Dondarrion – Although technically a reintroduction, this is the first time we see Richard Dormer as the Lightning Lord, and he certainly makes an impression.

Jeor Mormont – While not necessarily underused, James Cosmo was a stalwart member of the cast and was great in every one of his few appearances. He is sorely missed.

Craster – Robert Pugh gave a deliciously hate-able performance as the irredeemable Craster. Despite not being particularly enamoured by the show, he earned his place as an important part of it.

Beautiful Death for “And Now His Watch is Ended”: