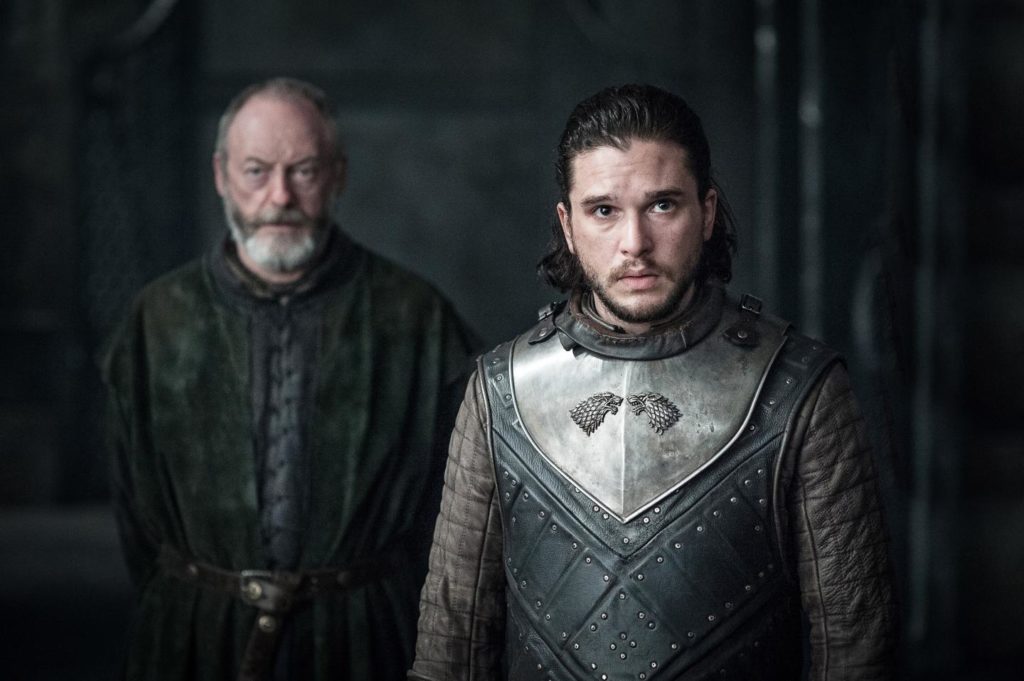 In a quick interview roundup on the eve of “The Queen’s Justice:” Kit Harington chats about the Jon Snow/Daenerys Targaryen meeting we’ve all been waiting for; Gemma Whelan talks about exploring Euron’s psychopathy with Pilou Asbæk. Carice Van Houten discusses audience sensitivity to sexuality; cinematographer Robert McLachlan hints at how we’ll likely react to upcoming episodes and a sign in Canada is vandalized in the name of Northern Loyalty.

According to People, Kit Harington recently spoke to Elle about the highly anticipated meeting between Daenerys Targaryen and , Jon Snow which will take place next episode. It “will be a huge pleasure” for fans, Harington assured us.

Cinematographer, Robert McLachlan, spoke to RadioTimes.com –twice– about what the rest of season 7 holds in store for us. Though he remained tight-lipped on plot details, he called episode 4 “surprising and epic” and episode 5 “crowd-pleasing” and “very satisfying.” He went into a little bit more detail about episode 6 (though not as much as the title of the article suggests, quite frankly):

“I’m really looking forward to that one because it’s quite different to the rest,” he said. “It was filmed after my shoots – it was done mostly in the winter time. They filmed in dismal conditions in a quarry in Northern Ireland. I think they got some nice scenic stuff in Iceland as well.” 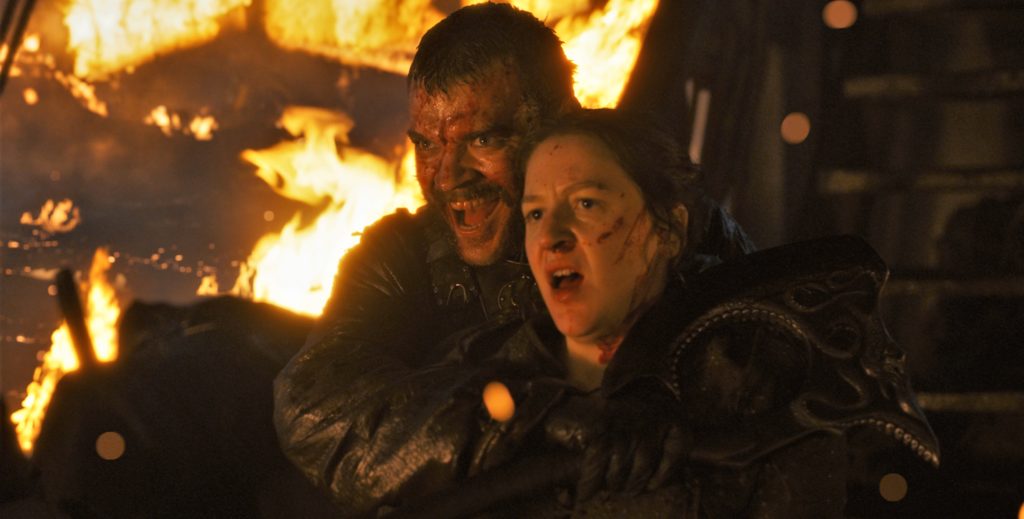 In an interview with IndieWire, Gemma Whelan discussed what it was like to film that epic sea battle in last week’s episode, from performing fight choreography amidst burning embers to having to un-learn her ballet training in order to look appropriately brutish on screen. She also mentioned that, though Euron cackles manically after Theon jumps overboard in the final cut, in one take Pilou Asbæk opted to lick Gemma’s face instead.

“Yeah, he did lick me,” she said. “He and I make a great team, and I’m very free and open to things on set. I never get very rigid. It’s just perfect. I thought what he chose to do in that moment is he’s [playing] a psychopath, and so, it only helps if you’re being licked by someone when you’re covered in blood and sweat and whatever, and they’re covered in filth as well. It’s horrible, but if you can stay in the moment and react as if its horrible, then that’s great.”

Carice van Houten spoke with The Telegraph about the various challenges of working on Game of Thrones, including the emotional toll of filming high-stress scenes so soon after giving birth to her first child. She also addressed the prevalence of sex and nudity on the show and pointed out that audiences tend to get more bent out shape over the depiction of sexuality than violence.

‘In Melisandre’s case, I think I can justify it because she uses sexuality as a weapon… she’s trying to manipulate,” Van Houten said. “I find it hypocritical that we can show people with their heads blown off, then there’s one nipple and viewers get upset. That’s the thing that I struggle with… you don’t have sex with a bra on. I just want to normalise it.”

On a lighter note, according to TheStar.com, a James Snow Parkway exit sign on a highway in Milton, Ontario was  defaced recently to read “Jon Snow Parkway” by a few anonymous ne’er-do-wells seeking to publicly express Stark solidarity. The sign has, sadly, been returned to normal and police are monitoring the area to ensure it doesn’t happen again.