Game of Thrones holds its record as the most torrented TV show with Season 7 | Watchers on the Wall | A Game of Thrones Community for Breaking News, Casting, and Commentary 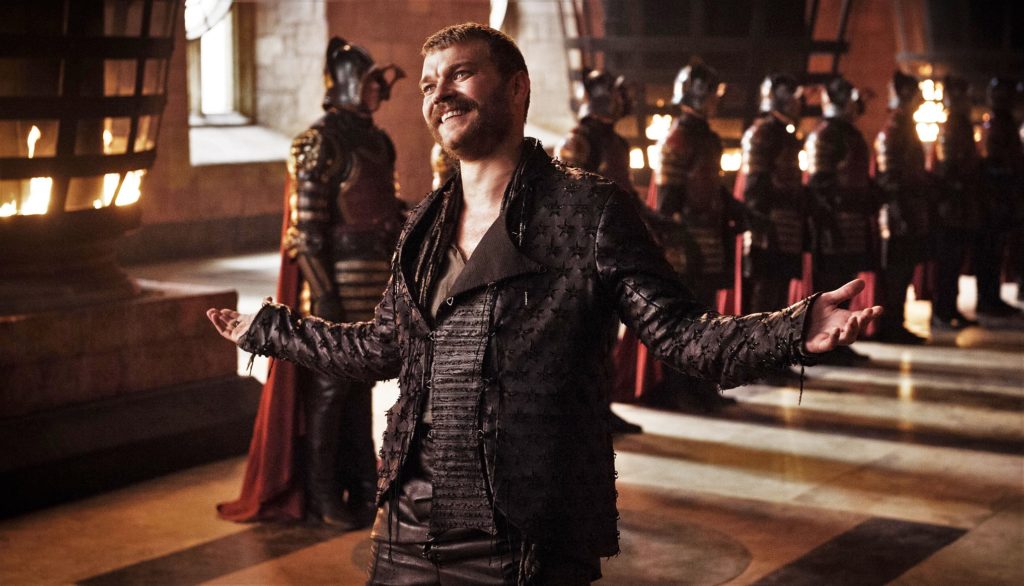 Euron is happy piracy is alive and well

Official Game of Thrones viewership figures keep climbing year after year, with season seven smashing through the show’s previous records, getting an average of more than 10 million people watching the show on HBO’s first airing. But many more people are watching, through repeated airings, online services, international broadcasters… and also through less than legitimate means: as we reported on September, more people torrented season seven than any previous season. But it goes further than that!

TorrentFreak reports that with this latest season Game of Thrones held onto its title as the most torrented TV show, for the sixth year in a row (that is, since season two.)

Despite its plummeting viewership on AMC, The Walking Dead remains in second place as the most downloaded TV show through BitTorrent, and a new show took the third place on the podium this year: Rick and Morty (a great show, despite its fandom.)

According to TorrentFreak, “the highest number of people actively sharing an episode across several torrents was 400,000 at its peak, right after the season finale came online.” This is not surprising, as the first airing of the finale broke a record on HBO as well; it was watched on more than 12 million screens across the United States.

Of course, these figures only take into account those who downloaded the episodes through BitTorrent. Many used other torrenting or P2P (peer to peer) programs, or other avenues altogether, such as direct downloads and streaming. To be honest, it’s probably impossible to know just how many people downloaded season seven, though you may recall we recently got close to a definitive figure, and it’s pretty crazy!