Game of Thrones gets theatrical; plus massive spoilers for season six! | Watchers on the Wall | A Game of Thrones Community for Breaking News, Casting, and Commentary 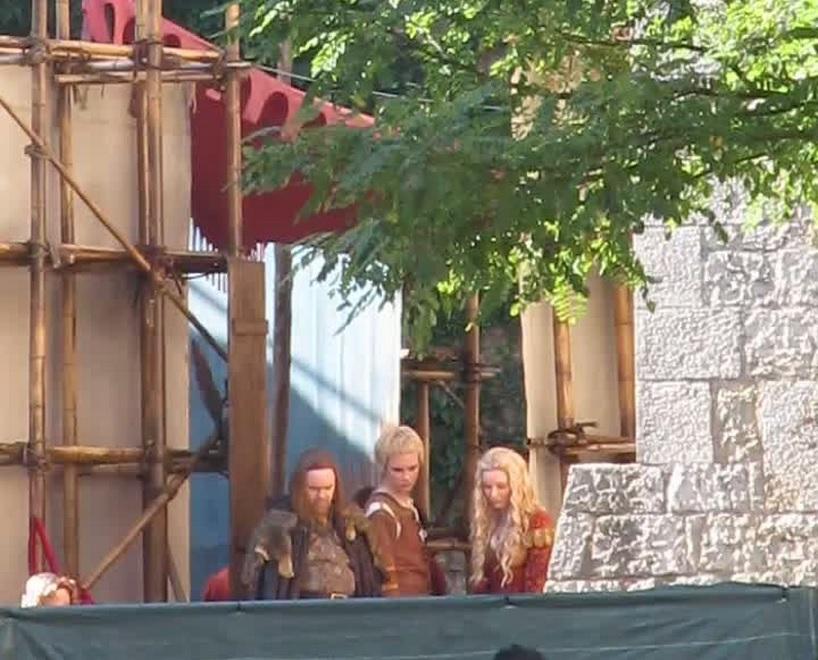 Game of Thrones filming in Girona, Spain the last few days has been very visible around the Plaça dels Jurats, where a stage has been created. Actors portraying the theatre troupe members arrived this week, and new video footage gives us a better glimpse at a scene for season 6.

We’ve also managed to identify some new cast members, thanks to the efforts of the Watchers on the Wall community, and will be sharing some major season six spoilers as well.

WotW reader Carme has shared with us videos and images of the theater scene shooting in Girona.  (Spoilers!) 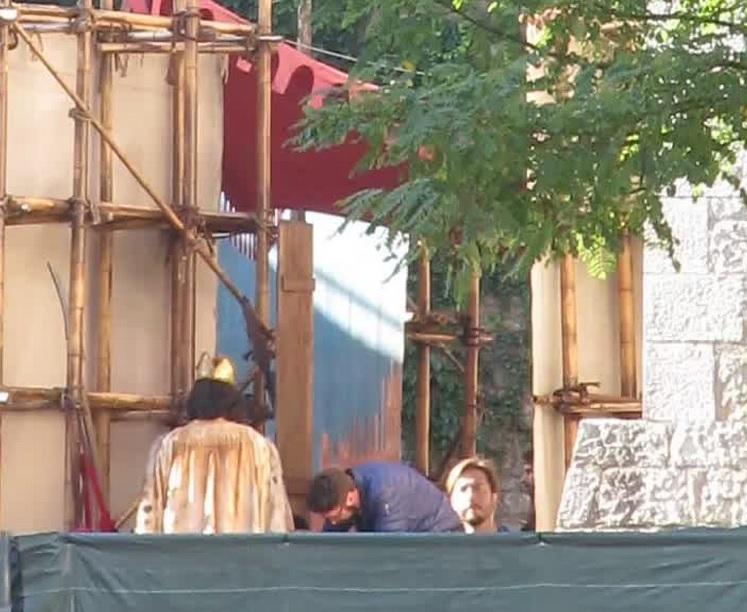 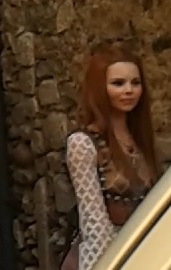 The actors are playing theatrical versions of Westerosi characters we know well, such as Cersei, Robert, Ned and more. Los Siete Reinos discovered a few photos of troupe actors in the news in addition to these ones, but so be sure to check out their photos today. L7R’s info indicates that Arya isn’t part of the theatre troupe during the scenes being shot this week, merely an observer. The troupe however is around for three episodes, based on the casting call we saw, so it still seems like Arya may join them.

Our readers did some searching to discover who was playing the troupe performers and came up with a few names.

The actress with a red wig looks to be the troupe’s version of Sansa Stark for their play. WotW reader Dark Sister identified her as Eline Powell. The looks are a close match, and the clincher is that Powell has just started following on Twitter three other Game of Thrones actors in the theatre scene.

Powell starred in the film Anita B. and will be appearing in the upcoming Knights of the Roundtable: King Arthur. 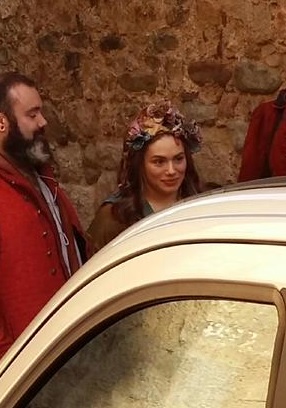 The brunette-wigged woman spotted this week who looks to be portraying Margaery in the troupe is actress Eva Butterly.

WotW reader Morgan made the find in this case.

Butterly’s acting school congratulated her on her casting on the show in a tweet, and then to seal the matter, Butterly also shared this photo on Instagram, of her with costars Ross Anderson and Brendan O’Rourke in Girona.

Epic Congratulations to our Vada VadaStudios Alumni Eva Butterly for her booking on Game of Thrones … Tell us… http://t.co/EtDl2N5evH

Another casting that has surfaced is English actor Michael Heath. He is credited for the role of Kesh on IMDB and his Spotlight CV, in a Daniel Sackheim episode.  Kesh is not a familiar character from the ASOIAF novels, and so it’s not clear what part exactly Heath is playing. Sackheim is directing episodes 3 and 4 next season, and was seen in Girona recently, directing an Arya-centered scene. (SPOILERS at this link.)    Thanks to WotW reader Freyjoy for the Heath find!

Maisie Williams has of course had a busy week with all this Braavos-in-Girona shooting. She shared this wild-haired photo yesterday after finishing work.

And now for something completely different… We’ve heard some information from the filming up in Northern Ireland. It does contain spoilers so beware!

Sources report that today Game of Thrones is filming portions of a massive battle in Saintfield, Northern Ireland, that will likely be a part of episode nine. Preparations and the beginning of filming were seen in that area recently, but it was difficult to glean many details. We’ve learned that the battle will involve many northern armies fighting including the Umbers, the Boltons, wildlings and more! The true major spoiler is this: Kit Harington a.k.a Jon Snow was also seen at the location, participating in shooting this week. Harington has been spotted in Belfast again recently, along with Iwan Rheon, so it’s not too shocking Harington is filming Game of Thrones.  Looks like Game of Thrones is planning another huge battle for the ever-important episode nine. I won’t call it the biggest one of all yet, not unless dragons show up. Have not heard anything about dragons showing up, alas.

UPDATE: One more Girona detail. Guess who has arrived in town? John Bradley and Hannah Murray!

Thanks for finding the pic, Dark Sister!