Game of Thrones Cast and Crew Reflect on Final Season, Las Vegas' Bellagio Fountains soon to turn into fire-spitting dragon | Watchers on the Wall | A Game of Thrones Community for Breaking News, Casting, and Commentary 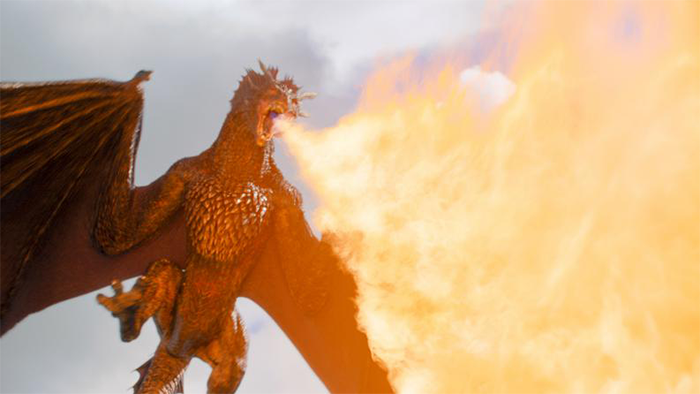 “Lo and behold, upon this day, there were but 14 days left until premiere day of the final season of Game of Thrones” – Probably some prophet somewhere. We’re in the home stretch and the finish line is in sight! As interviews pour in in spades, it becomes funnier and funnier watching the cast come up with new ways to tease the ending without giving away spoilers. What do, Kit Harington (Jon Snow), Emilia Clarke (Daenerys Targaryen), Sophie Turner (Sansa Stark), and others have to say? Let’s take a peek!

“It’s a strange thing thinking about life post-Thrones,” Kit Harington tells The Star. “I’ve never been in an institution as long as this, not school, not anything. The people and friends I’ve made here, the experience I’ve had, is more significant than any experience of my life thus far. It’s as big as it gets really.” It’s kind of weird when you think about it. We all have our family and friends in our daily lives, as well as our work friends…but for those cast members lucky enough to have survived for eight seasons strong, they’ve spent so much time on set in countries other than their own, away from their own friends and family. Given the amount of time and distance they’ve spent away from their lifelong loved ones, their work friends have become their loved ones and family members. It’s a neat thing.

And good friends, as we know, love to make fun of each other: “You should have seen Kit’s face at the read-through!” says Emilia Clarke, in reference to the first table read of season eight. As we’d reported on previously, Kit himself was a ball of tears during the read-through. He had not read the scripts ahead of time, so his live response was great for the cast: “His reactions were insane,” says Emilia. “And even for me, hearing it all come together…Everyone was crying.”

Remember the years of us wondering when ‘so-and-so’ characters would finally reunite? Wonder no more: “This season we keep having scenes with people that we haven’t had scenes with before,” says Sophie Turner. “I keep going, ‘Oh my God. Watching you is just so bizarre because the only time I have ever seen you in character is on TV.’ It’s really funny. I do feel like more of a fan-girl this year than ever.” And with all the uncertainty of the final season, Maisie Williams (Arya Stark) played ‘Guess Who’ with her mom: “I remember I was shooting something else earlier in the year and my mum came out to join me. We sat down one evening and we both said to each other, ‘Let’s project the final season. Let’s say who we think is going to be alive and who we think is going to be dead.’ We did and we were both wrong.”

Writer Dave Hill even chimes in on the ending itself (cryptically of course): “We wanted to justify people’s investment for many years and hopefully they will not feel cheated…But we do feel a great deal of pressure to bring this thing to a satisfying close. Hopefully we’ll stick the landing.”

For more from other members of the cast and crew, including Liam Cunningham (Ser Davos Seaworth), and writer/producer Bryan Cogman, check out the full interview – there are lots of good quotes in there!

And lastly, on a completely separate note, The Bellagio (aka, that fancy hotel with the fountain in Las Vegas) tweeted out something involving the ongoing #Forthethrone quest:

It turns out the Fountains of Bellagio are going to recognize the final season of the show with a special show, which will make its debut at 8 p.m. March 31. It will run through April 13 and feature a dragon spitting fire.