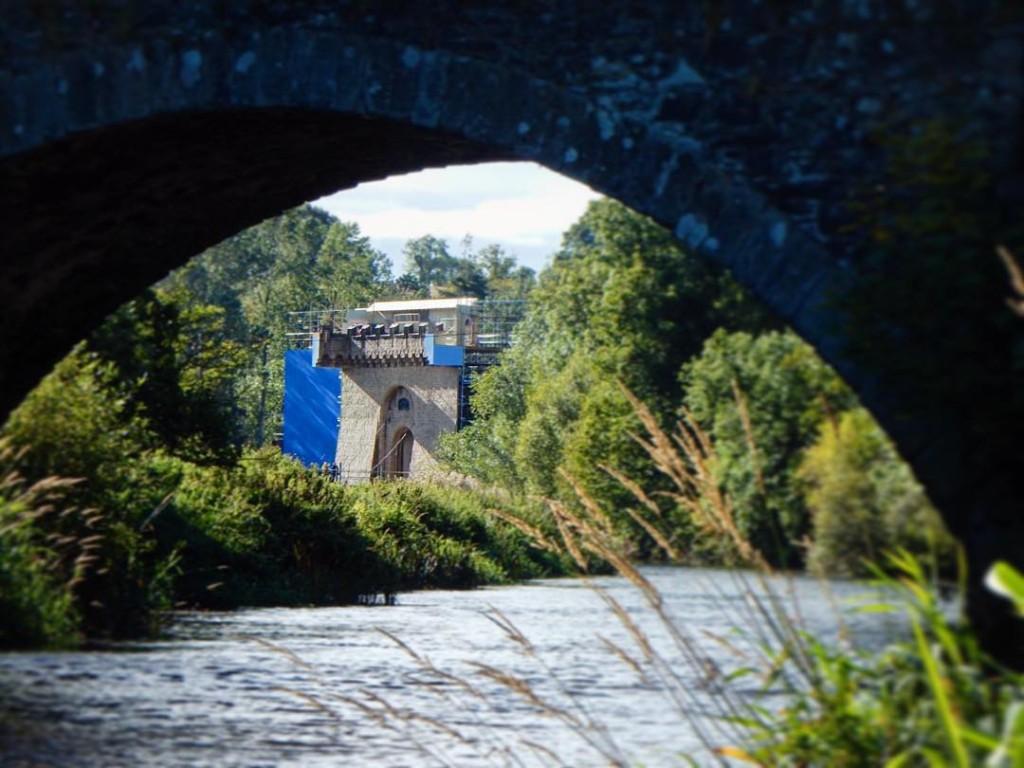 While Game of Thrones is busy over in Spain with season 6 filming, production continues around their home base of Northern Ireland, and today’s update brings exciting news.

In Instagram photos published online by user Jamcall, and spotted by WotW reader Morgan, Game of Thrones appears to be constructing the front facade of a castle in Corbet, N. Ireland.

Earlier this month, our sources confirmed for us that several characters would be journeying to the Riverlands this year. If this Corbet sighting is indeed for Game of Thrones, I think we can say that someone is headed for Riverrun.

Update 9/25: This photo has turned up as well, posted online a few hours ago, displaying many Lannister red tents outside the castle set: 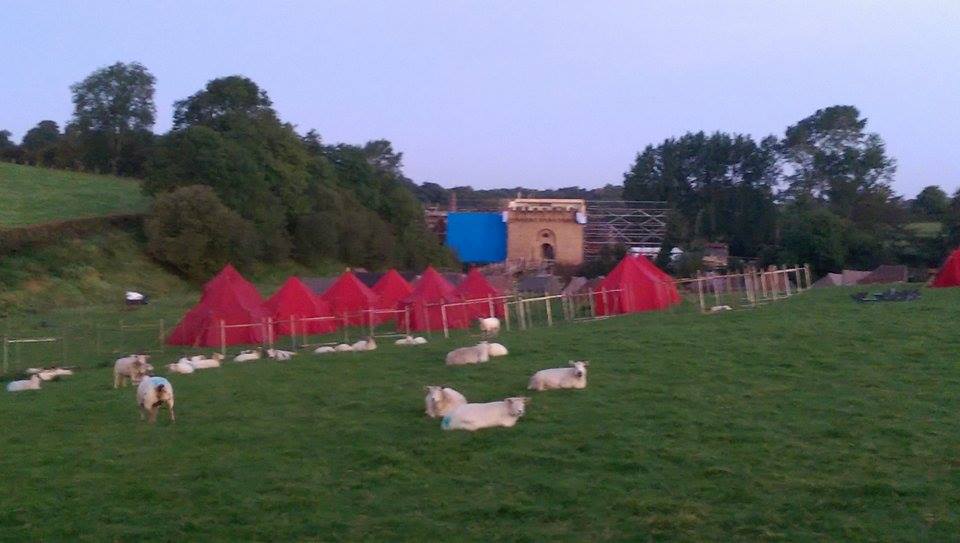 Also, it’s been confirmed that GOT pink signs have been spotted in the area, so this is a Game of Thrones location as everyone suspected.

Speaking of Spain- these images turned up today, of the sets in progress in Peñíscola. They include a setpiece labeled “Meereen granary.” (The second image tells us it’s for Dragon Unit filming.) That’s one more piece of evidence in the growing pile indicating that the city’s locations will be standing in for Meereen this year.