Game of Thrones breaks the record for most Emmy wins in a year! | Watchers on the Wall | A Game of Thrones Community for Breaking News, Casting, and Commentary 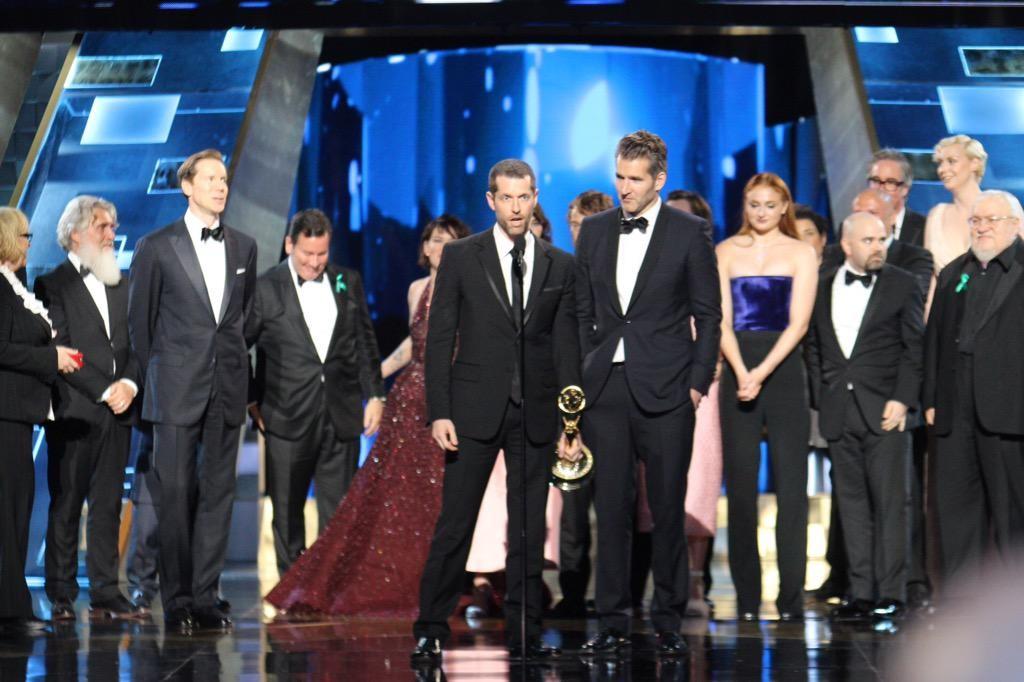 Game of Thrones won four Emmy Awards tonight, at the live ceremony held at the Microsoft Theater in Los Angeles, bringing the show’s total for this year to an astonishing twelve awards! This demolishes the record previously held by The West Wing, who won nine awards in 2000.

Game of Thrones picked up wins tonight in the categories of:

Game of Thrones won the first eight awards for the 2015 Emmys during the Creative Arts Awards ceremony a week ago.

Many of the show’s stars were in attendance at the live ceremony tonight, strolling down the red carpet, and joined Benioff and Weiss onstage when Game of Thrones won the big prize for best drama series.

A huge congratulations to the producers, writers, directors, cast and crew of Game of Thrones for their wins this evening!