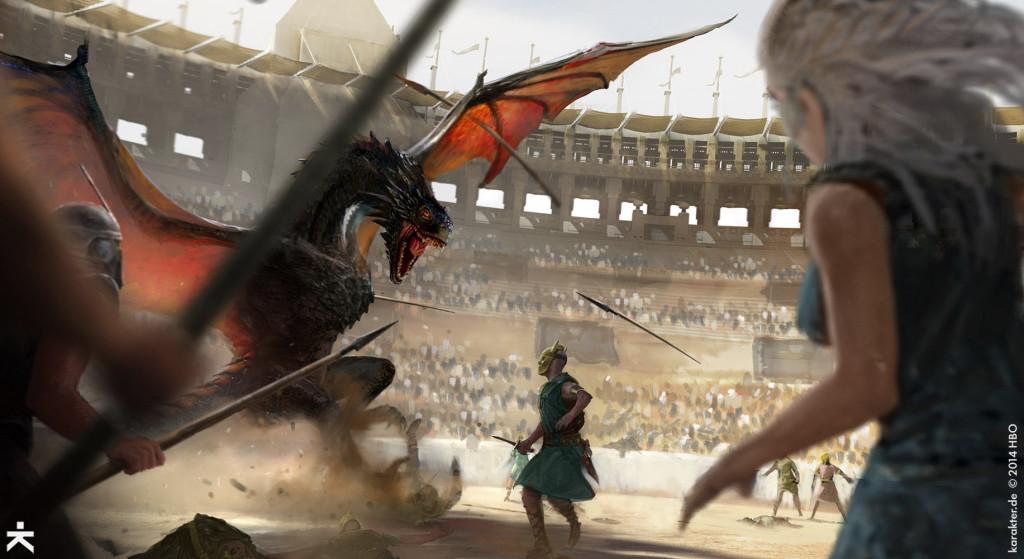 Kotaku has the first look at the art of Game of Thrones Season 5 featuring Daznak’s Pit (above), the battle at Hardhome, The Titan of Braavos and more under the cut!

Karakter, the German studio who has worked with HBO since the beginning (follow the link for earlier art) offers a behind the scenes look at their breathtaking artwork for the latest season of Game of Thrones. 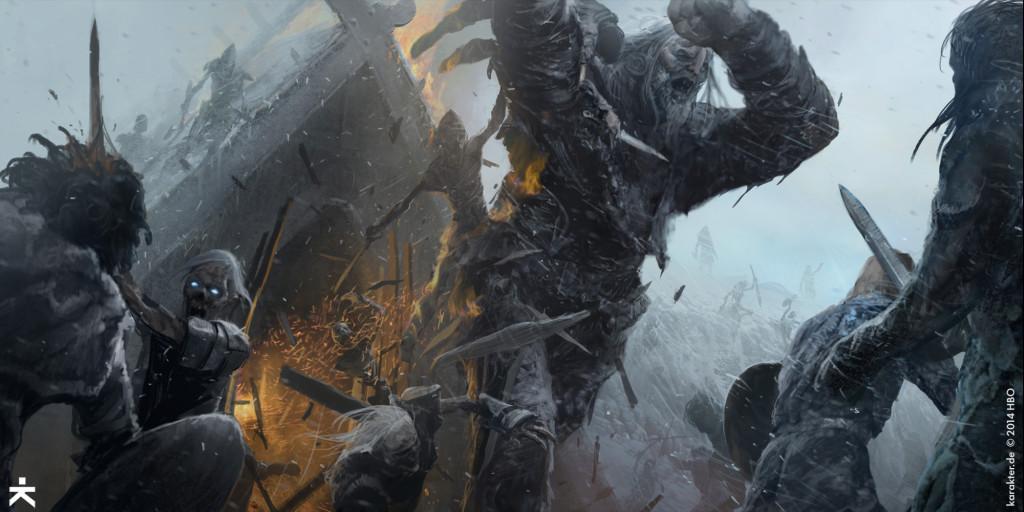 An action-packed scene at Hardhome featuring wights and Wun Wun. 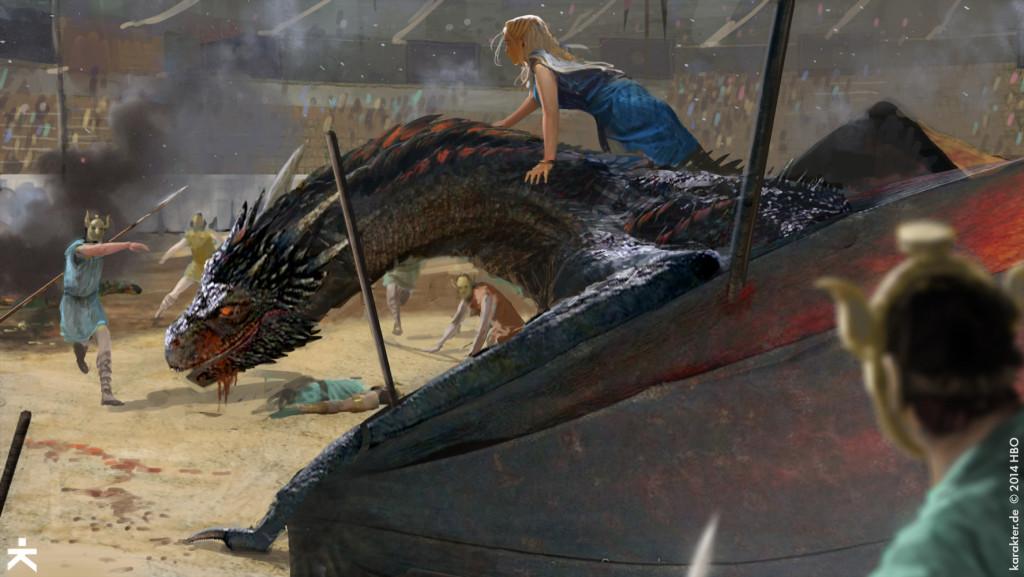 With “Daznak’s Fighting Pit”, we wanted to evoke the illusion that it was part of an ancient cultural realm and heritage. For that, we were drawing upon the designs the art department had made for other sets in the same virtual city, and built a sketch of the arena in 3D. On top of that, we added texture, mood, and action by illustrative means.

A stunning shot of the Titan of Braavos and the city itself in all its beauty. 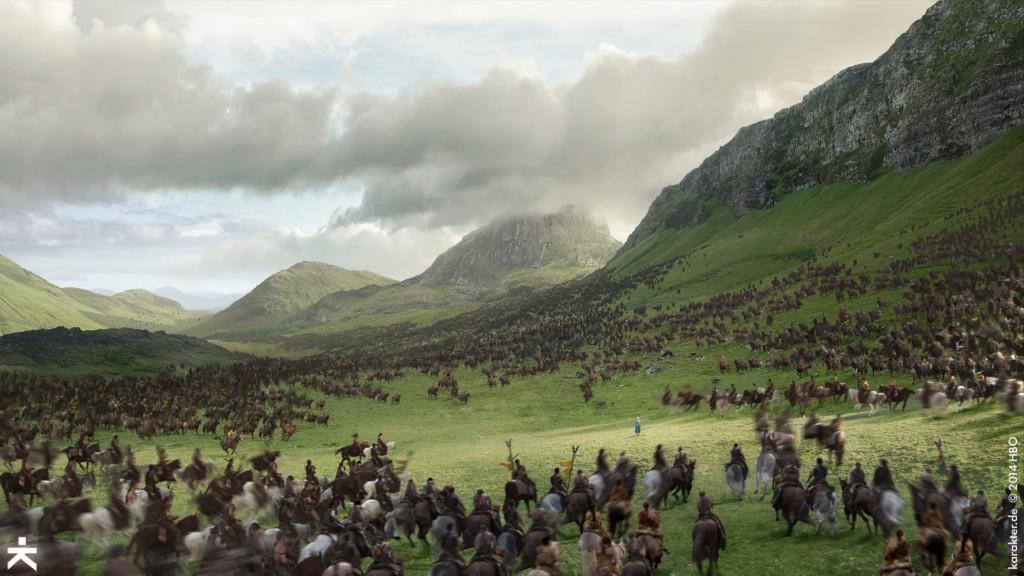 The final shot where we last left our Mother of Dragons and the herd of Dothraki.

For the full size (and wallpaper worthy) images, head on over to Kotaku!

If you’re looking for more of their stunning artwork (featuring earlier seasons of Game of Thrones) and a more detailed behind the scenes look at their involvement, head on over to Karakter!

Which is your favorite from Season 5? Let us know in the comments below!