Fourth Throne in Quest #ForTheThrone Found! Fifth Revealed—Only One to Go! | Watchers on the Wall | A Game of Thrones Community for Breaking News, Casting, and Commentary 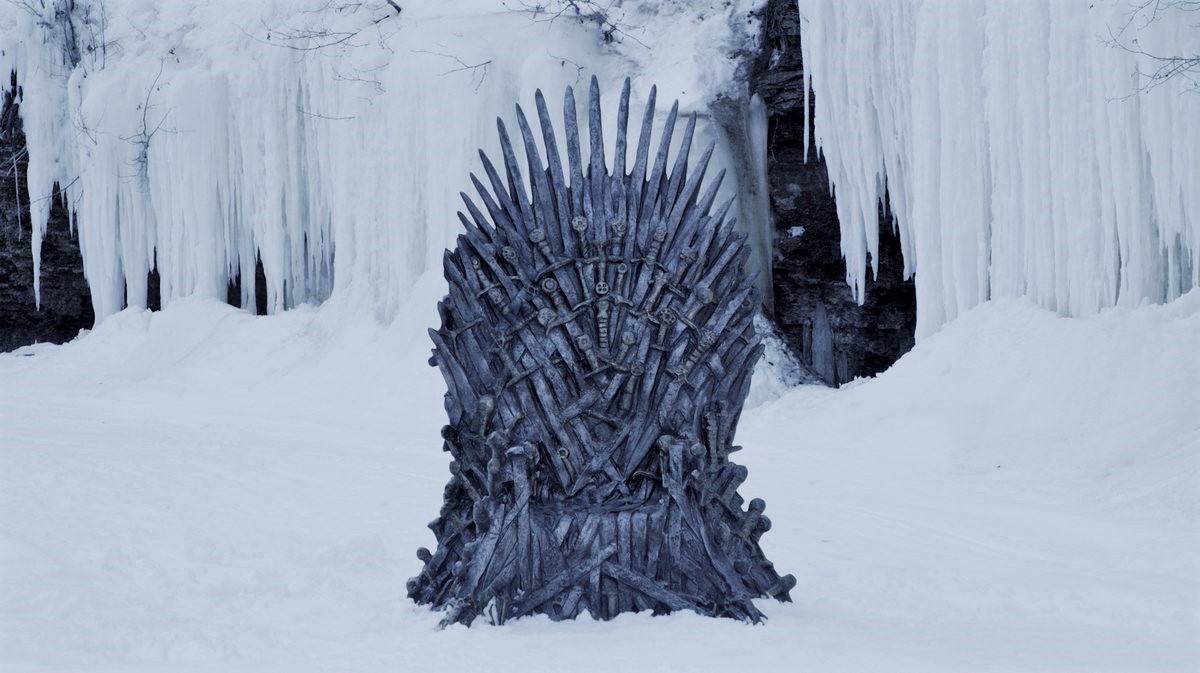 The Quest “For The Throne” continues in HBO’s season eight viral marketing campaign, which is taking things to the real world as fans look for Iron Thrones all over the world. The Throne of Valyria has been found and its queen crowned; a Throne of Ice is next!

The Throne of Valyria was the third of the six thrones to be displayed but the fourth to be found. As revealed by HBO Brasil, it was found in Beberibe, a municipality in the Norheastern Brazilian state of Ceará known for its rocky formations, by a woman wearing an awesome “fight like a girl” T-shirt. She’s wearing a crown, too, and so the text accompanying the reveal appropriately reads “Kneel before the Queen of Valyria.”

Now, with only two lost Iron Thrones left, one of them has been unveiled—the Throne of Ice. If you make use of the 360º view on the video, you may notice the White Walker ice sword planted on the ground. Wherever it is (in Canada), I bet it feels pretty chilly there: