A familiar sigil spotted at 'House of the Dragon' filming site | Watchers on the Wall | A Game of Thrones Community for Breaking News, Casting, and Commentary 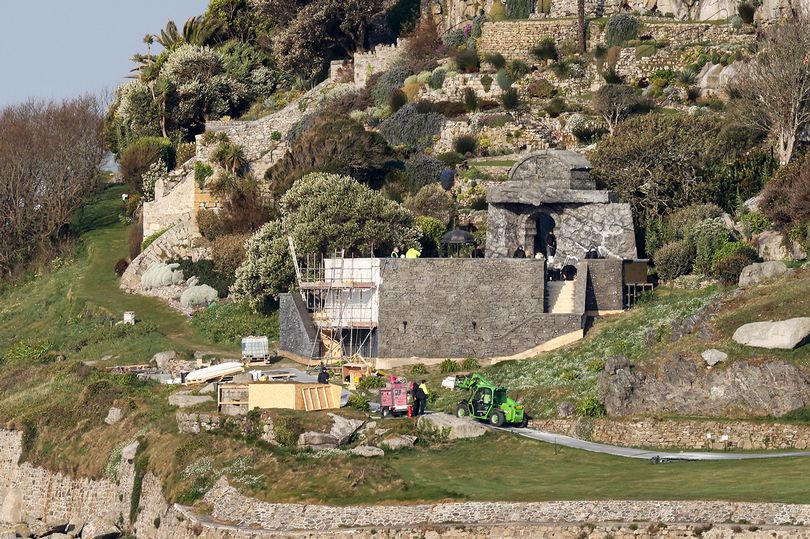 A view of the large stone archway being constructed near Cornwall. (Photo: Greg Martin)

Yes, I technically have to use words like “rumored” and “possibly,” because technically there’s been no confirmation that the busy activity in Cornwall we reported on earlier this week is for the much-anticipated Game of Thrones spinoff House of the Dragon.

Pre-production activity for something being filmed by Warner Bros. — the company that owns HBO — has been taking place in Cornwall this week, including on St. Michael’s Mount, an island that features a 12th century castle. One of the structures being built there is a huge stone archway that looks quite Thrones-esque, and when CornwallLive’s photographer captured the initial shots zoomed in on the top of the arch, something very intriguing was visible: 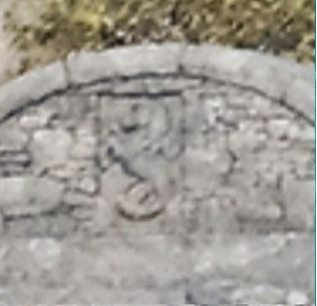 Is that what I think it is?… (Photo: Greg Martin)

It doesn’t look like much…until you compare it to known sigils of Houses of Westeros, and then there’s really only one that looks awfully similar: the silver-and-green seahorse of House Velaryon. 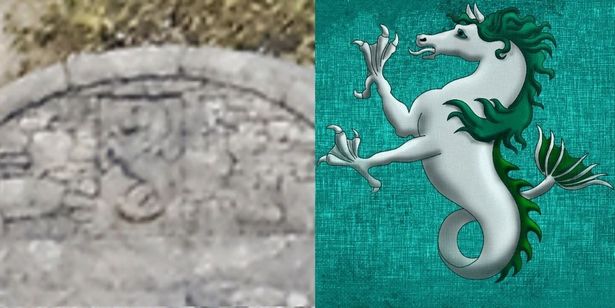 It’s also worth noting that St. Michael’s Mount is a “tidal island,” which is only accessible during low tide — during high tide, the road or path that leads to the island is under water. And “high tide” sounds familiar when talking about the Velaryons…oh right! It’s because the castle of House Velaryon at the time of the Dance of the Dragons is called High Tide!

Again, technically there is no confirmation for any of this, and yes, it could be a horse and not a seahorse. But we know for a fact that we’ll be seeing House Velaryon, who were among House Targaryen’s staunchest supporters for generations, in HoTD, which centers on the Targaryen civil war known as the Dance of the Dragons (a conflict in which the Velaryons were also heavily involved). So this seems a bit too coincidental, especially for us diehard Velaryon fans who have always longed to see them on screen.

Speaking of castles, a different castle in Cornwall is also being prepped for…something, according to CornwallLive who shared photos in the same article as the one above. 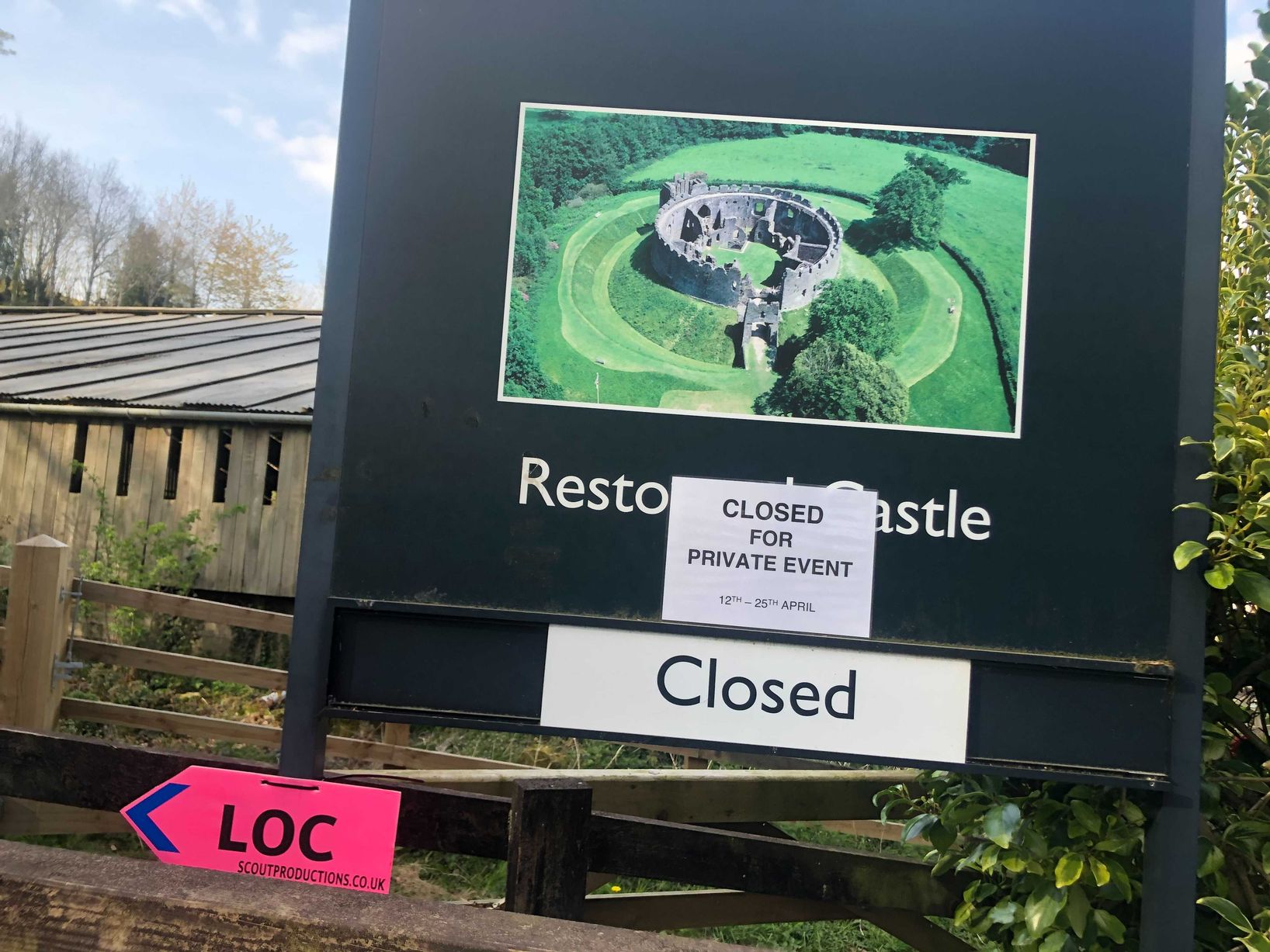 A local business that specializes in residential building projects tweeted a photo of Restormel Castle stating it was for “fairy tale” filming.

Is “fairy tale” cover story/code for something more Westerosi-inspired? Or is it a totally unrelated project that really is, well, just a fairy tale? At this point, there’s no way to tell, but the timing seems interesting. Stay tuned to see if we hear more about this one.