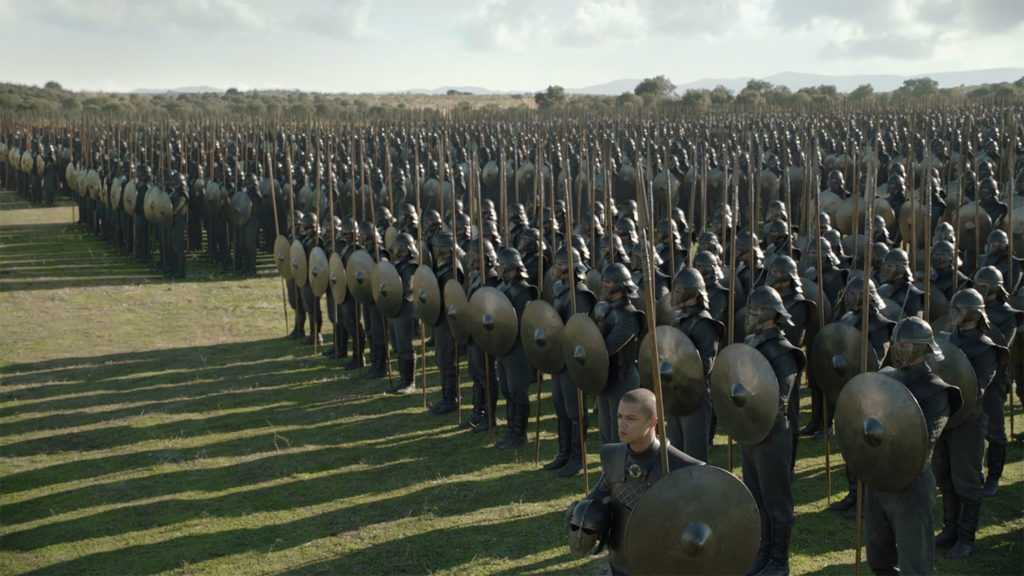 As a new scene involving the Unsullied is filmed, construction continues in Moneyglass, where the Winterfell set has been revamped from the ground up, and outside Titanic Studios, which holds the mysterious new set we’ve been speculating so much about.

The Unsullied have been filming in Toome, near the Winterfell set, for the last few weeks, sources tell us. Though it wasn’t a battle, we know they are getting ready to combat the White Walkers, as every Unsullied wielded a new dragonglass-tipped spear. If you recall, they have Jon Snow to thank for that, as he convinced Daenerys to let him mine Dragonstone’s rich dragonglass deposits. But will this be enough of an edge?

Meanwhile, the two greatest season eight sets we know of remain under construction. Thanks to Watchers reader Cathair, we now can see the field facing the Winterfell set in Moneyglass is being covered extensively in white tarps, as a foundation for fake snow: 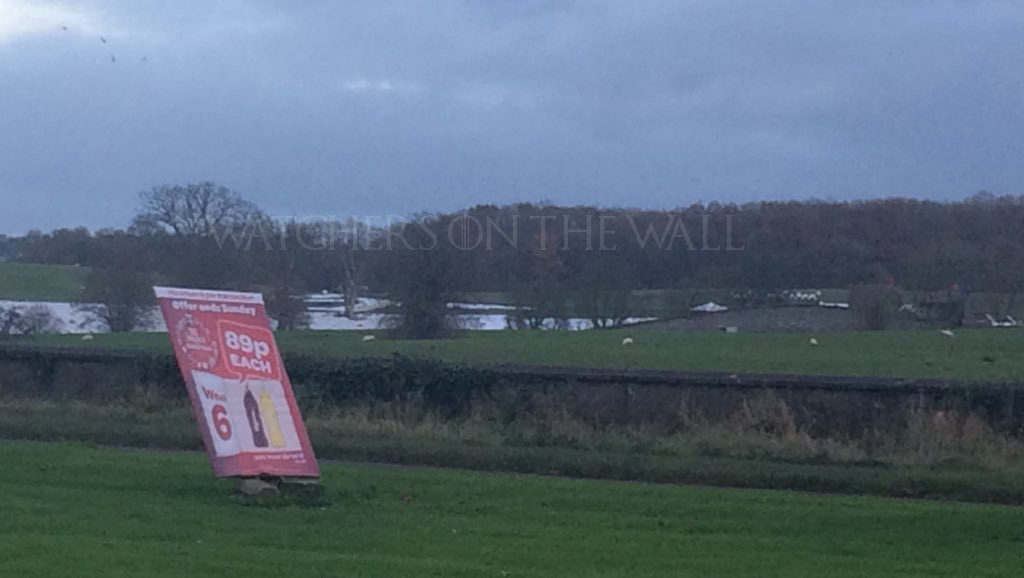 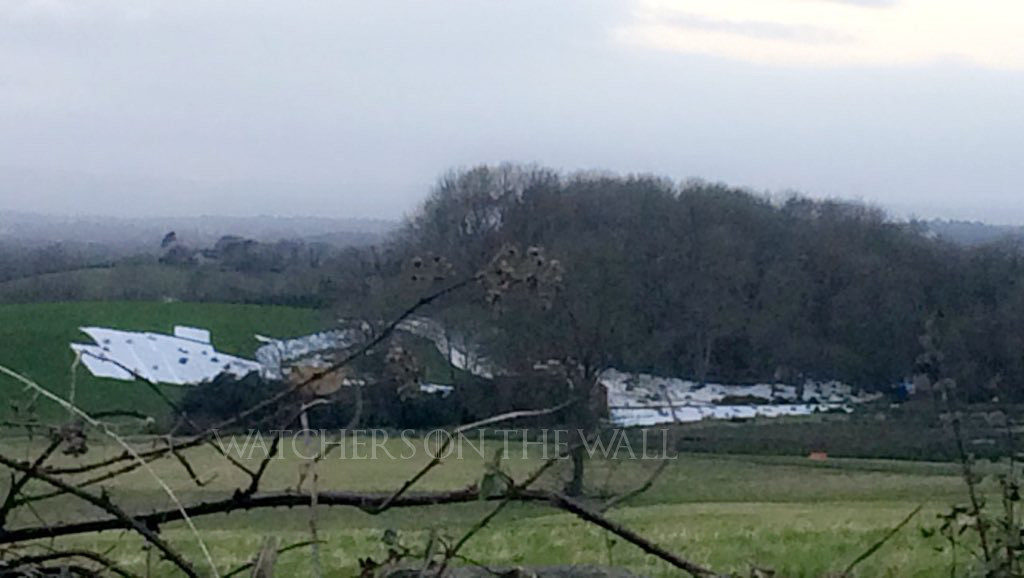 Oakleaf Photography has older Moneyglass photos, yet they do offer a closer look:

This development matches with our previous hypothesis: for the first time, Winterfell’s battlements and the outside of the castle’s walls will be part of the set instead of purely CGI, which points to a battle sequence taking place right outside the Stark stronghold. The deep winter dressing for the field only serves to corroborate this notion.

As for the other set, the layers of mystery keep being peeled off only to reveal more layers. Construction at the Titanic Studios parking lot advances, but it does so slowly, and now a row of trucks protects the set from view. Nevertheless, there are new photos: 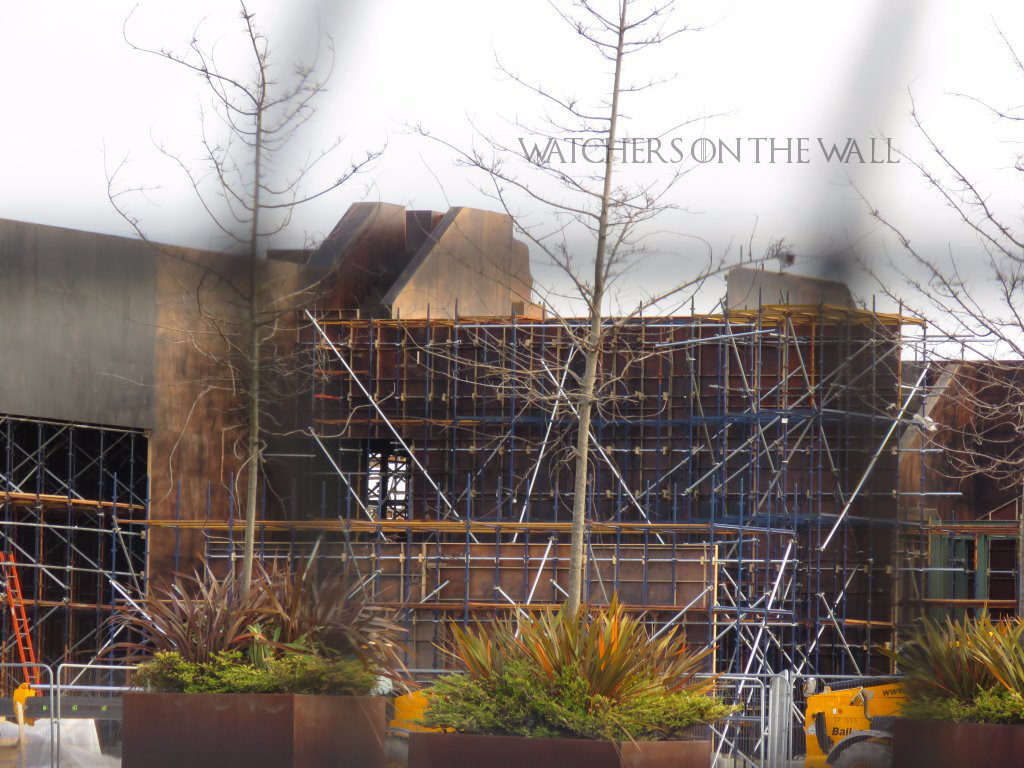 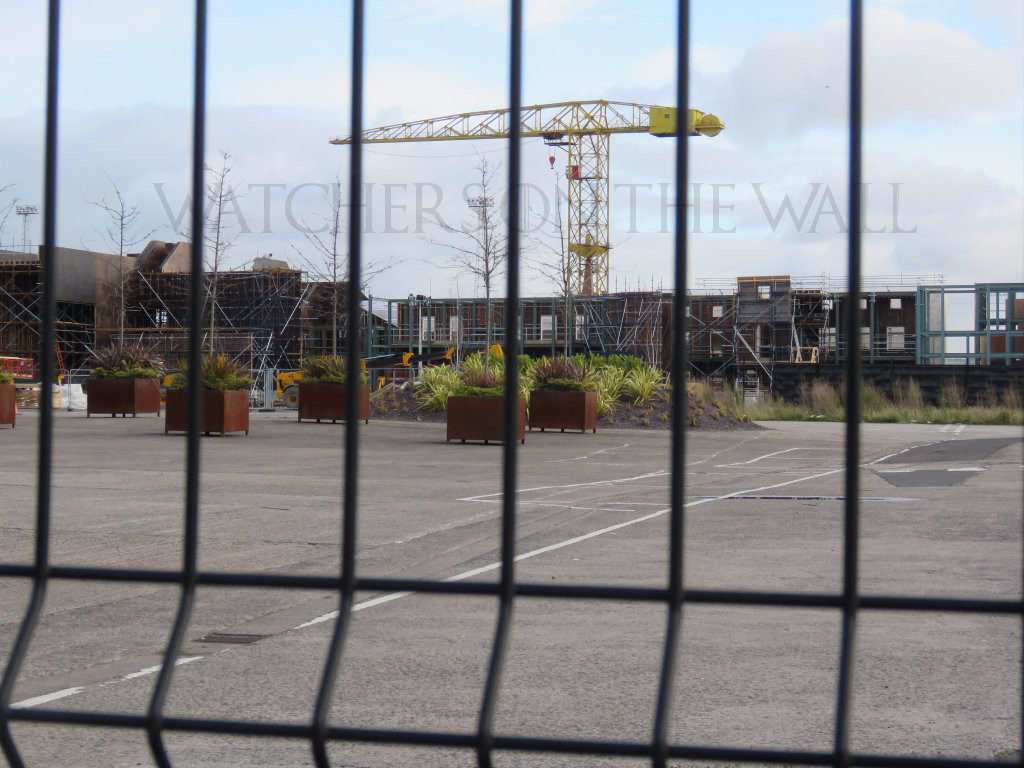 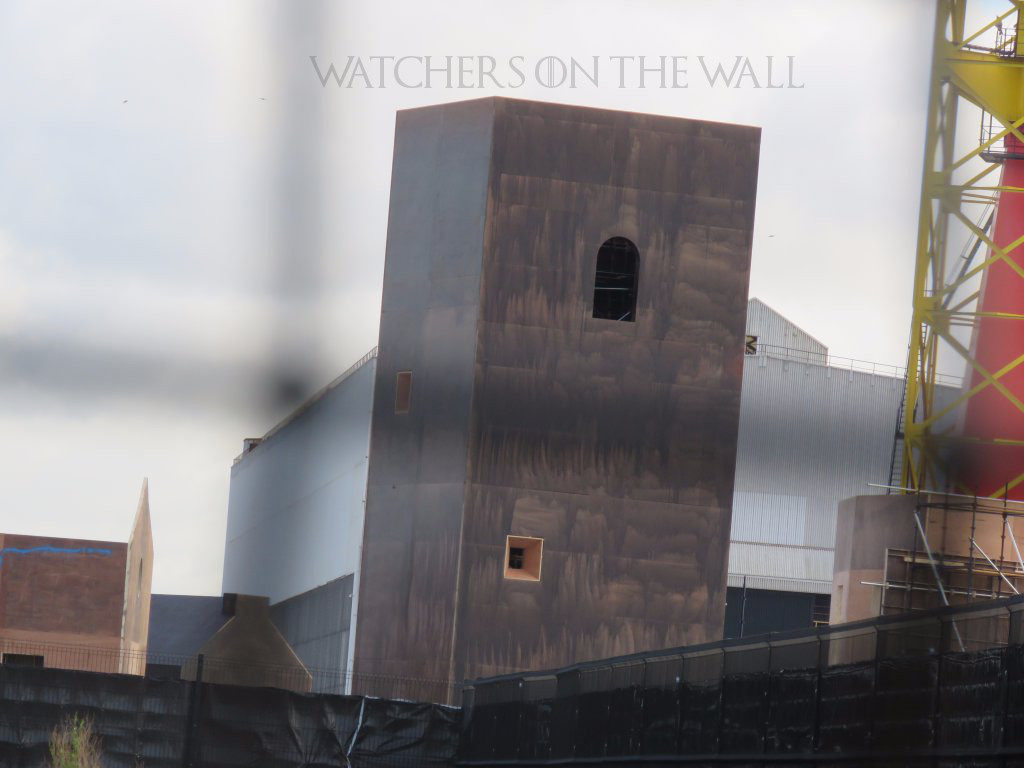 Again, Oakleaf Photography also has some good pictures, though slightly older as well:

Pics from the new set being constructed by HBO for season 8 of the Game of Thrones. #GOT #GameofThrones #GameOfThronesFinale #Belfast #winteriscoming pic.twitter.com/UPHP0nDszI

As you can see, the tower is halfway there, now with window frames, while the other buildings increasingly look like common city architecture — certainly not part of a castle, as we initially assumed. This appears to rule out the Red Keep, Harrenhal and the like. There is something else, too: the gate arch at the great defensive wall looks like it’s supposed to be in ruins, though there is no way to know yet whether it’s supposed to be an old ruin or recently destroyed. Still, considering all the clues we have, there is only one place this new set is likely to be, in my opinion: one of the seven main entrances to King’s Landing, probably for a battle sequence in which the city may be penetrated.

But that’s just my best guess. What is yours? What is this set, perhaps the largest in the show’s history, supposed to be? What will happen in it, and in Winterfell, that require these sets to be so extensive? And what are the Unsullied up to?