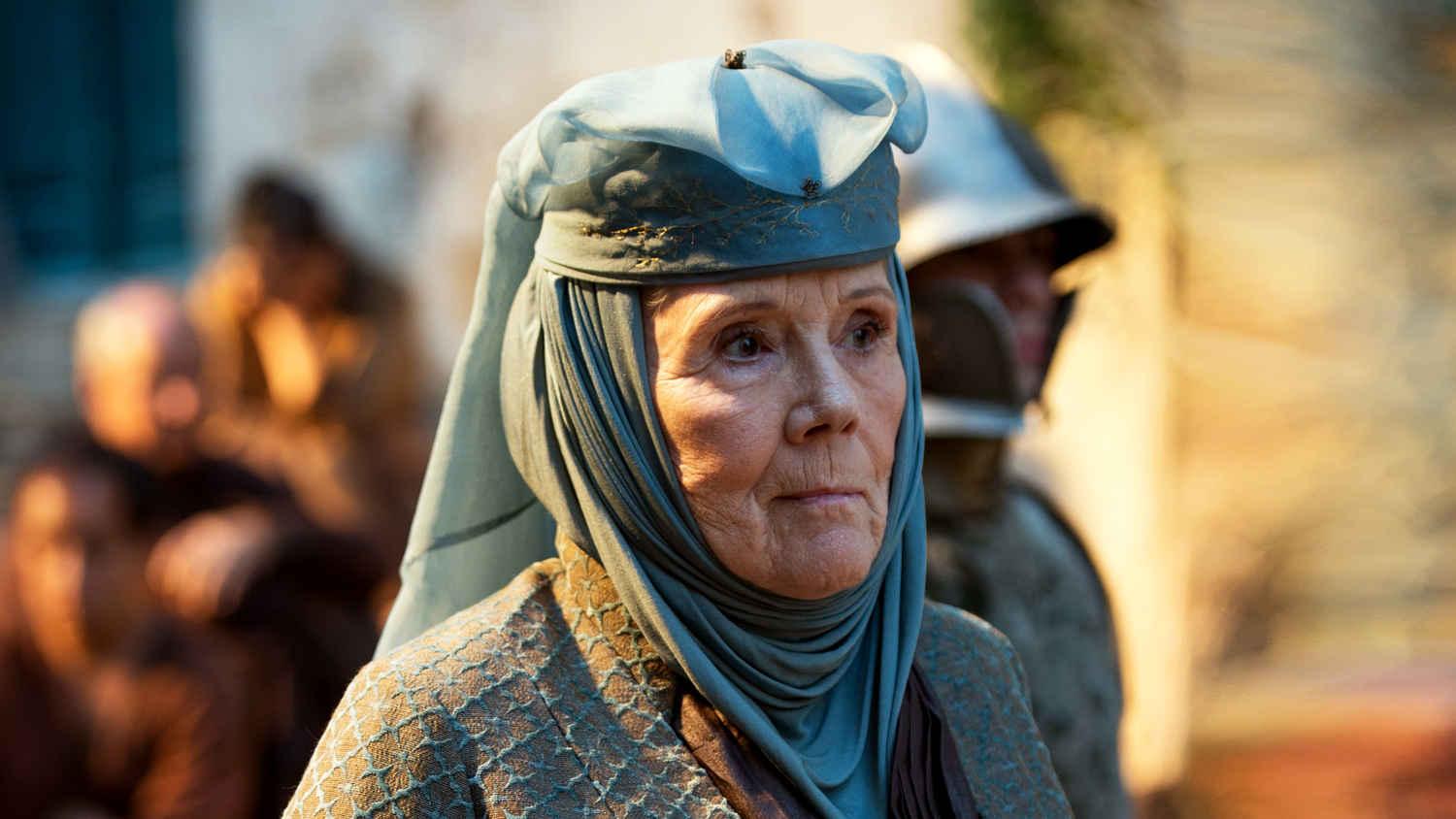 Game of Thrones The Complete Sixth Season is arriving on Blu-ray and DVD next Tuesday, November 15th, and with it we can look forward to a juicy assortment of extras being released. Today, Entertainment Weekly has a great one– a deleted scene from season 6, never before seen by fans. The deleted scene features a tense Tyrell meeting between the Queen of Thorns and her son Mace, originally planned for episode 2 of last season.

We first learned that this scene existed over a year ago, when we had the scoop on Mace’s return to Westeros. The scene is even better than it sounded from the season 6 spoilers, with wonderful acting from Diana Rigg and Roger Ashton-Griffiths.

I can see why the scene might be cut, since it’s not strictly necessary to push the plot forward, but I wish we had seen it anyway since it does so much for Mace as a character. It would have been fantastic to see more shades of the oafish Lord Tyrell before he was sent on his way in the season finale.

Another bonus from the Game of Thrones season 6 Blu-ray has been released this week and it’s a must-watch for fans. io9 has debuted the Histories and Lore animated featurette “The Children of the Forest vs. the First Men.” The video is narrated by Max von Sydow as the Three-Eyed Raven- nice to have him back for one more performance! It does a nice job of filling in the gaps in the back story that was teased in season 6.

The video can be viewed over at io9, and will appear on the Blu-ray as well.

If you love these bonuses, be sure to enter our ongoing giveaway to win one of four copies of Game of Thrones Season 6 on Blu-ray! Or you can purchase Game of Thrones The Complete Sixth Season on November 15th!