EW goes inside Game of Thrones Season 8's largest battle in TV & film history; with 16 covers and new promotional photos! | Watchers on the Wall | A Game of Thrones Community for Breaking News, Casting, and Commentary 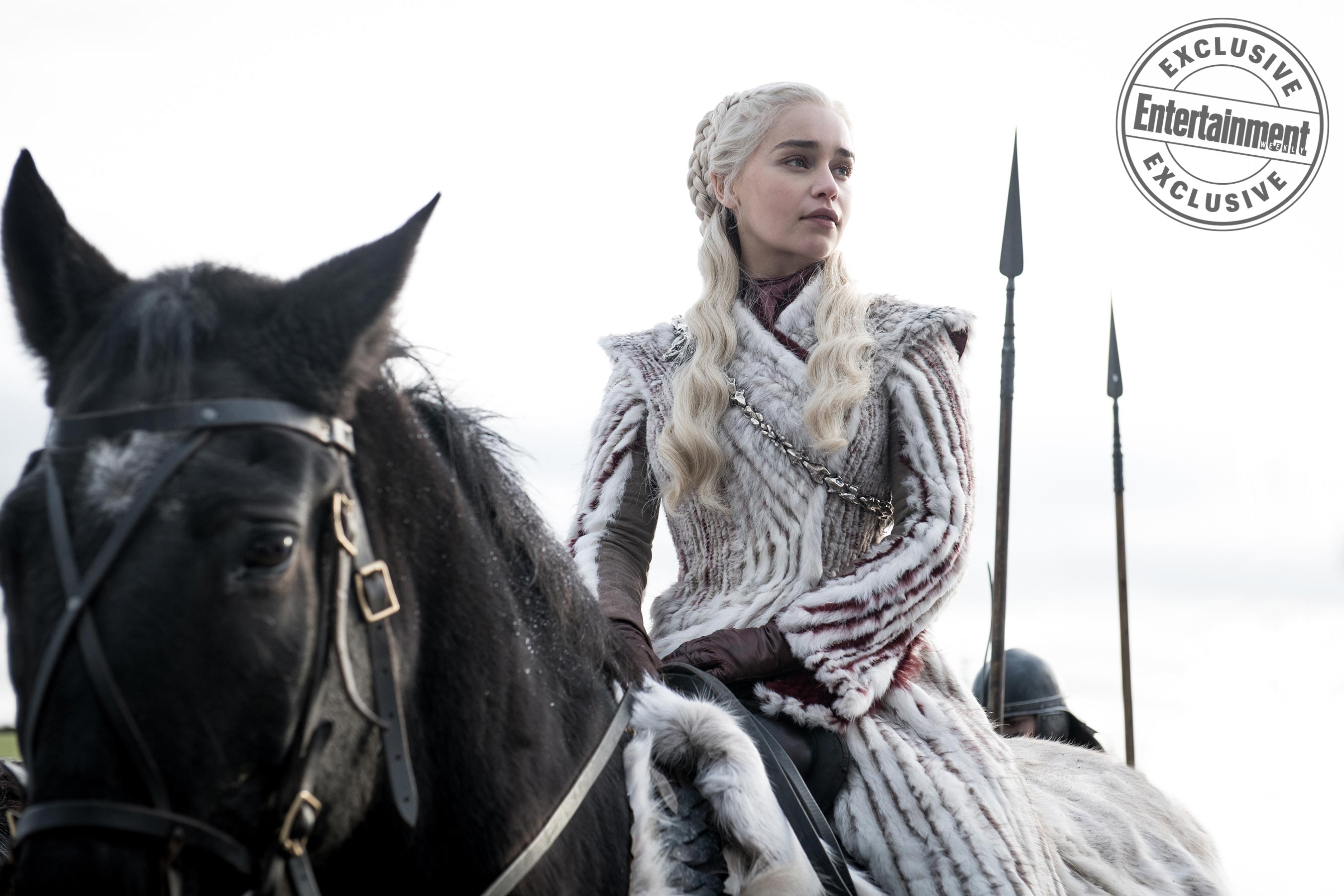 We got the season eight character posters a few days ago and that could only mean promotion for the final season was about to ramp up. Indeed, Entertainment Weekly just announced their next Thrones-centric issue, with 16 beautiful covers and an inside look at this swan song’s challenging production. Also: new promotional photos!

Before we get to the meat of it, let’s take al look at those covers: not only do they showcase the new costumes better than any photo released so far but they’re also astonishingly beautiful. Click on the group shoot below to see all the 16 covers in detail, including one that may have you exclaiming “CLEGANEBOWL, GET HYPE!”:

EW has released an advanced look at some of the issue’s 78 pages of Game of Thrones content, regarding the difficult and secretive production of this final eighth season, and the greatest battle sequence yet produced for television.

“The fans will not be let down,” director David Nutter tells EW. “There are a lot of firsts in these episodes. There’s the funniest sequence I’ve ever shot on this show, the most emotional and compelling scene I’ve ever shot, and there’s one scene where there’s so many [major characters] together it feels like you’re watching a superhero movie.” Reportedly, the Nutter-directed premiere will be “a calm-before-the-storm entry that might surprise viewers with its play-like intimacy.”

But, of course, the proverbial shit must hit the fan at some point, and when it does, we’ll be witness to a battle sequence of unparalleled proportions, which required 11 weeks of night shoots with 750 people working in the cold and mud. As we reported for months here on Watchers on the Wall, the first Miguel Sapochnik-directed episode will be all about the Battle in Winterfell. According to EW, the episode will pit “an uneasy collection of allies against the Night King and his army.”

“[N]othing can prepare you for how physically draining it is”, says Maisie Williams about filming Arya’s first battle. “It’s night after night, and again and again, and it just doesn’t stop. You can’t get sick, and you have to look out for yourself because there’s so much to do that nobody else can do… there are moments you’re just broken as a human and just want to cry.”

As grueling as the sequence was for the cast, it won’t be about mindless action, however. According to Sapochnik, he studied famous film battles, such as the nearly 40-minute Helm’s Deep siege in The Lord of the Rings: The Two Towers, to determine when the audience would get fatigued from the relentless action. The British director concluded that “the only way to really approach it properly is take every sequence and ask yourself: ‘Why would I care to keep watching?’. One thing I found is the less action — the less fighting — you can have in a sequence, the better.”

“We built this massive new part of Winterfell and originally thought, ‘We’ll film this part here and this part there,’ and basically broke it down into so many pieces it would be shot like a Marvel movie, with never any flow or improvisation,” Sapochnik says. “Even on Star Wars, they build certain parts of the set and then add huge elements of green screen. And that makes sense. There’s an efficiency to that. But I turned to the producers and said, ‘I don’t want to do 11 weeks of night shoots and no one else does. But if we don’t we’re going to lose what makes Game of Thrones cool and that is that it feels real.” Showrunner David Benioff agrees: “When you have rapid cutting you can tell it was all assembled in post-production. That’s not the show’s style and it’s not Miguel’s style.”

The article goes on much deeper detail, with cast members detailing the terrible experience of filming that battle. One of the actresses even fainted from exhaustion! It all ends with a tease of another much-anticipated episode: the series finale, written and directed by showrunners David Benioff & Dan Weiss.

“We want people to love it. It matters a lot to us,” Weiss tells EW. “We’ve spent 11 years doing this. We also know no matter what we do, even if it’s the optimal version, that a certain number of people will hate the best of all possible versions. There is no version where everybody says, ‘I have to admit, I agree with every other person on the planet that this is the perfect way to do this’ — that’s an impossible reality that doesn’t exist. I’m hoping for the Breaking Bad [finale] argument where it’s like, ‘Is that an A or an A+?’” Benioff agrees: “From the beginning we’ve talked about how the show would end. A good story isn’t a good story if you have a bad ending. Of course we worry.”

As indicated, you should really take a look at the entire Entertainment Weekly article here, though I must warn you, you may get almost as exhausted as the cast members and producers just by reading how grueling all of it was to film. However, hopefully it’ll all be worth it! I think we can all appreciate the massive effort they put in.