Emmys Roundup: Photos, Quotes, and Weird Al | Watchers on the Wall | A Game of Thrones Community for Breaking News, Casting, and Commentary

The 2014 Emmys have come and gone, and while Thrones scooped up four statues during the technical program, last night’s prime-time broad cast was as barren as the Red Wastes of Essos when it came to awards.

But, even with no big winners, Monday night’s live show was hardly a Thrones-free broadcast.

The show kicked off with host, Seth Meyers, including Game of Thrones, and HBO in his monologue.

• “Shows like GoT, Good Wife, and Fargo have the right idea: When you show starts getting some attention and critical acclaim, kill off all the main characters. Otherwise, before you know it, you’re paying Sheldon a million dollars an episode. [To Jim Parsons:] You’re worth every penny. Every. Penny.”

• “Congratulations to HBO. They have 99 nominations tonight, the most of any network. Not to be outdone, NBC is also a network.”

• “I gotta say: HBO is like the kid you grew up with who ended up d 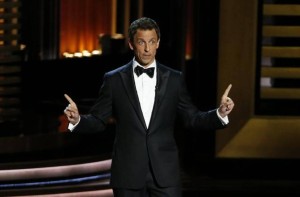 oing way better than you expected. 99 nominations. When I first met HBO, all he had was Grease 2 andFraggle Rock. I wish I was nicer to him:

‘You guys want to watch Poltergeist?’
‘We watched it yesterday, HBO. How many times do you think people want to watch the same movie?’
‘One day I’m going to make a show about dragons.’
‘Okay, buddy, best of luck.’”

• “There are so many different ways to consume TV. people don’t necessarily watch them when they air anymore. The most DVRed show of the past season was The Blacklist. Game of Thrones was the most pirated show. And Duck Dynasty was the most VCR-taped.”

• “Congratulations to Game of Thrones, nominated for 19 Emmys, including Best Drama, Best Supporting Actor, and Worst Job Security. If you’re an actor on Game of Thrones I bet you wait for next week’s script the way most people wait for biopsy results. “I think you better sit down: Your character has been invited to a wedding.”

During the (mandatory?) musical number, Weird Al Yankovic provided his own lyrics to television show opening themes; not only including Thrones, but using it as the grand finale of the production. His performance, which you can view in all of it’s glory below, ended with a plea to George R.R. Martin to type as fast as he can before they run out of scripts.

They also gave him a typewriter… which may or may not be faster than the DOS-based computer he’s currently using.

The segment then carried over in Lena Headey’s introduction of the next award as Andy Samberg, dressed as Joffrey, accosted her in full whiny furor:

And, of course, as with any award show, there was an amazing after party where all of our favorite GoT actors joined together to solemnly commiserate over their losses: 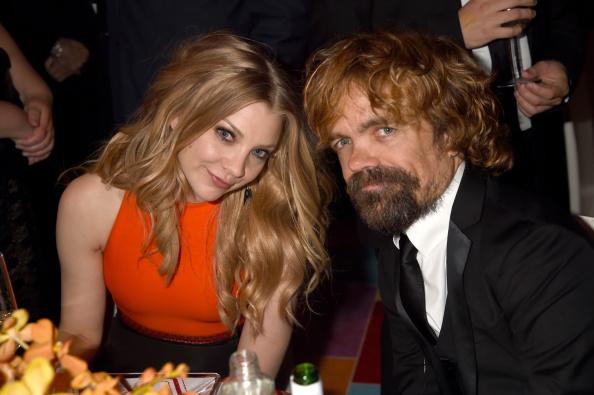 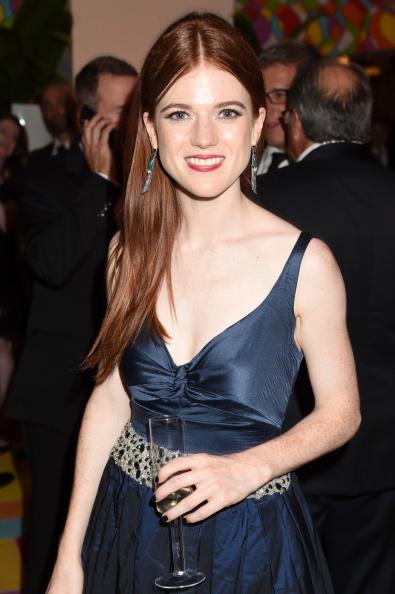 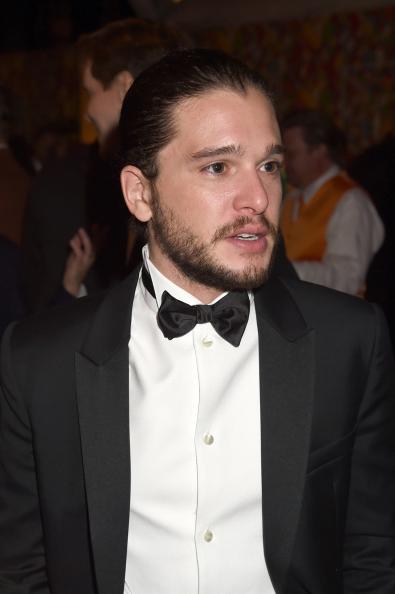 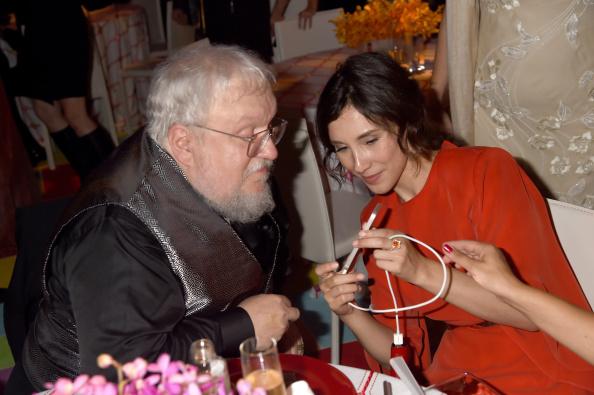 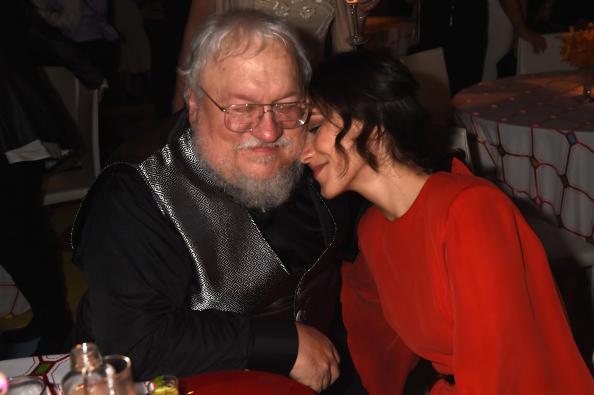 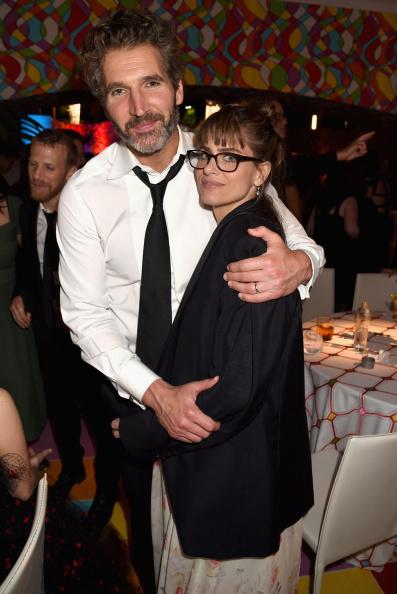 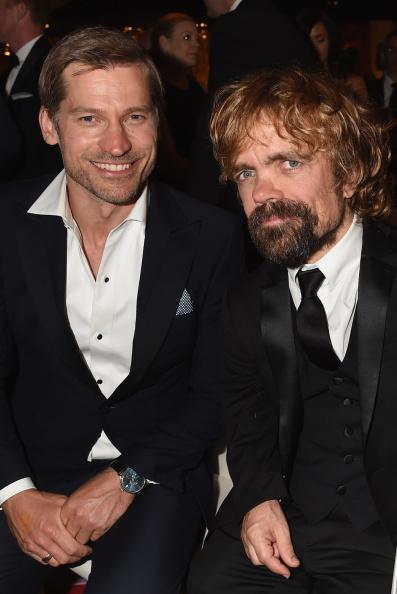 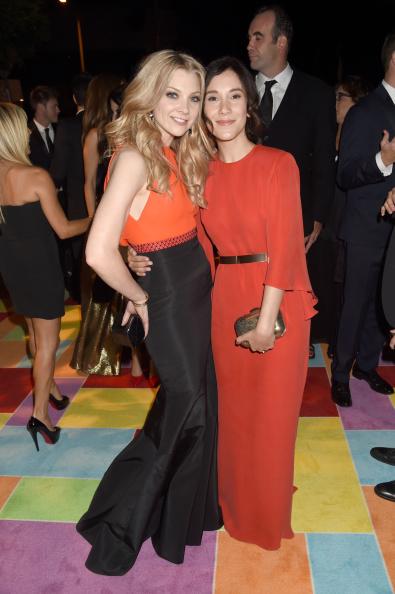 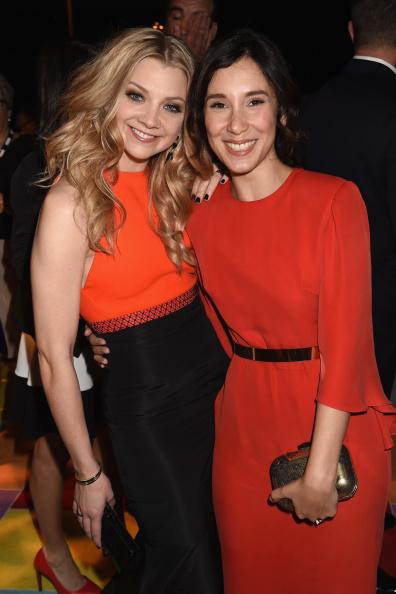 I know, I know… it’s really hard to see them like that.

But, on the bright side, there’s always next year… when we’ll be up against the final season of Mad Men.