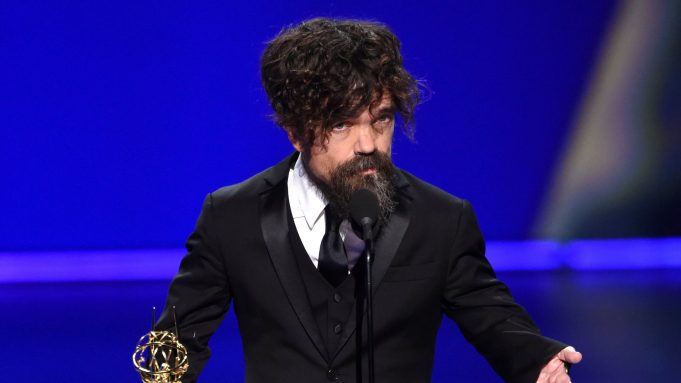 Emmys season has come and gone, and the long night has finally broken on Game of Thrones.  Yes, it tied its 12 Emmy record, falling one win shy of what would have been its own broken record. But we all know the true fun is the friends it made along the way. While the Emmys are traditionally supposed to celebrate ALL of TV, more often than not the Emmys have increasingly seemed like TV is GOT‘s space, and everyone else is just here to play. 2019 was no exception, with all the nominated cast members getting to make a grand entrance on stage, as a spoiler-filled tribute to the show displayed for the stars in the room and the fans at home. Yes, it was a memorable Emmys indeed, capped only by Michael Douglas’ bemusing smirk as he revealed to the millions of petition-signing whingers that yes, GOT is the king, and if you come at the king, you best not miss. So, what else went down?

On the Red Carpet, Kim Renfro did a deep dive with Liam Cunningham (Ser Davos Seaworth, Lord of Ships, née Onion Knight) and Isaac Hempstead-Wright (King Bran the Broken, née Three-Eyed Raven). Reporting for Insider, she got some good feedback from them, when asked about the worst fan theory they ever heard during filming:

Isaac Hempstead Wright: That f—— Bran is the Night King. [Cunningham looked surprised at the use of a swear word.] This isn’t live! Is it?

Kim Renfro: No, but it is being recorded.

Isaac Hempstead Wright: Well, you can bleep that out.

I really like the way they handled this question about the largely disliked (though not by me) ending:

Kim Renfro: What is one thing you would hope fans take away from the final season of “Game of Thrones”?

Liam Cunningham: That we all collectively did our best to try and tell this gorgeous story, and we took people on a journey with us. I think we achieved that. And hopefully it raised people’s expectations for future shows. If we raised the bar of quality for storytelling, we’ll have done some good.

Isaac Hempstead Wright: I think just a sense of how to finish a story well. We did a very noble thing, which is to end it on a high with only six episodes when we could have dragged it on for 10 more seasons and everyone would have watched it and it would have been fine — but I think it’s a real lesson in quitting while you’re ahead.

Check out the rest of her interview for some really good soundbites, including the TV shows they’re keeping up with these days.

Meanwhile, Jimmy Kimmel’s right-hand man, Guillermo had a ‘back to back’ with our very own Nikolaj Coster-Waldau (Ser Jaime Lannister, Lord Commander of the Kingsguard, one-time right hand-haver). Skip to 4:32 to see his one-on-one:

And lastly, though it isn’t really the Emmys, the transcript from an interview with series creators David Benioff and Dan Weiss on a trip to Japan was just released. While they revisit lots of stuff we already know (Peter Dinklage was the person they imagined from the get go, etc.), there are still some great quotes there, including their thoughts on how characters must be changed in adaptation:

“[T]hat said, there are far fewer characters in the show than there are in the books, so the show itself kind of represents a compression, a condensation, of the number of characters in the book. So when you pull characters out, the story has to change accordingly because that person that was important to this plotline isn’t there anymore, so you have to figure out a different way to tell that story that stays true to the spirit of the story, minus some of the characters from the book. So I would say that just making it viable and workable on television required a lot of those changes. But we knew that, we’d read the first four books by the time we started and we knew by the time we got to book four you had more story than we could do justice to even in 10 hours a season.”

What other good quotes can you find? It was a pretty long interview, and definitely worth the read. I hope you all enjoyed the Emmys as much as I did!