Emilia Clarke on wearing the Daenerys wig for eight years in Game of Thrones, the pains of filming with dragons, and more | Watchers on the Wall | A Game of Thrones Community for Breaking News, Casting, and Commentary 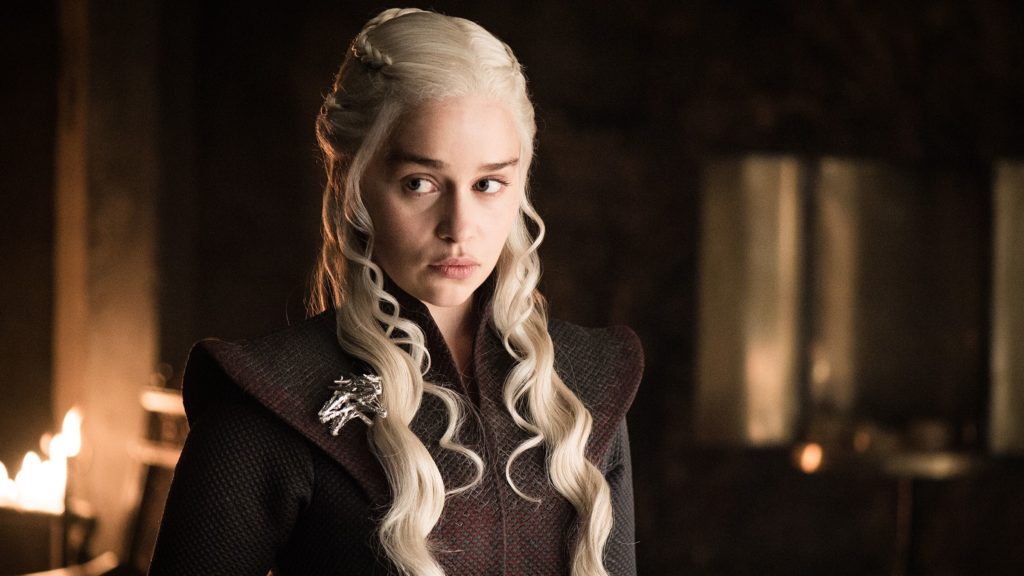 Vogue Paris spoke to Emilia Clarke, mainly about representing Dolce & Gabanna alongside her Game of Thrones co-star Kit Harington, but also about her dragon-riding workout routine, her method for being comfortable in front of the camera, and what wearing the Daenerys wig for so long has meant for her personally.

At first, Clarke jokes that she does yoga “to be able to climb easily on the back of the dragons”, though in reality it’s mostly to deal with a body “left sore by fatigue” after an entire day of riding the green buck that will become Drogon in post-production. “When I started doing sports,” the actress continues, “I tried every possible exercise and diet. But I quickly realized that no method or coach could find the solution to a perfectly balanced physique — you have to do it yourself. Today, all those who engage me, engage me with my body as it is. I do not want to change it for anyone other than me.”

“Breathe,” Clarke replies simply when asked about acting tricks. “You too often hold your breath in life when you are tense or frightened, excited or under pressure. When we do not breathe calmly, we are not in the present moment, and I learned that this was the only way to be comfortable in front of the camera lens.” Is there more to it than that? Of course: “Imagining the other person in the toilet can also help bring some malice into the eyes. A dragon in the toilet?! You can’t help but burst out laughing!”

As for the famous Targaryen wig, Clarke highlights “wearing Daenerys’ blonde platinum wig for the very first time” as “a truly memorable recollection.” As she puts it, “8 years later, I’m still so excited to wear it.” And so are we! For a final time, alas, in season eight.

You can read the whole interview here, where she goes into how it was to film the Dolce & Gabanna advertisement campaign in Naples, her daily beauty routines, and more.