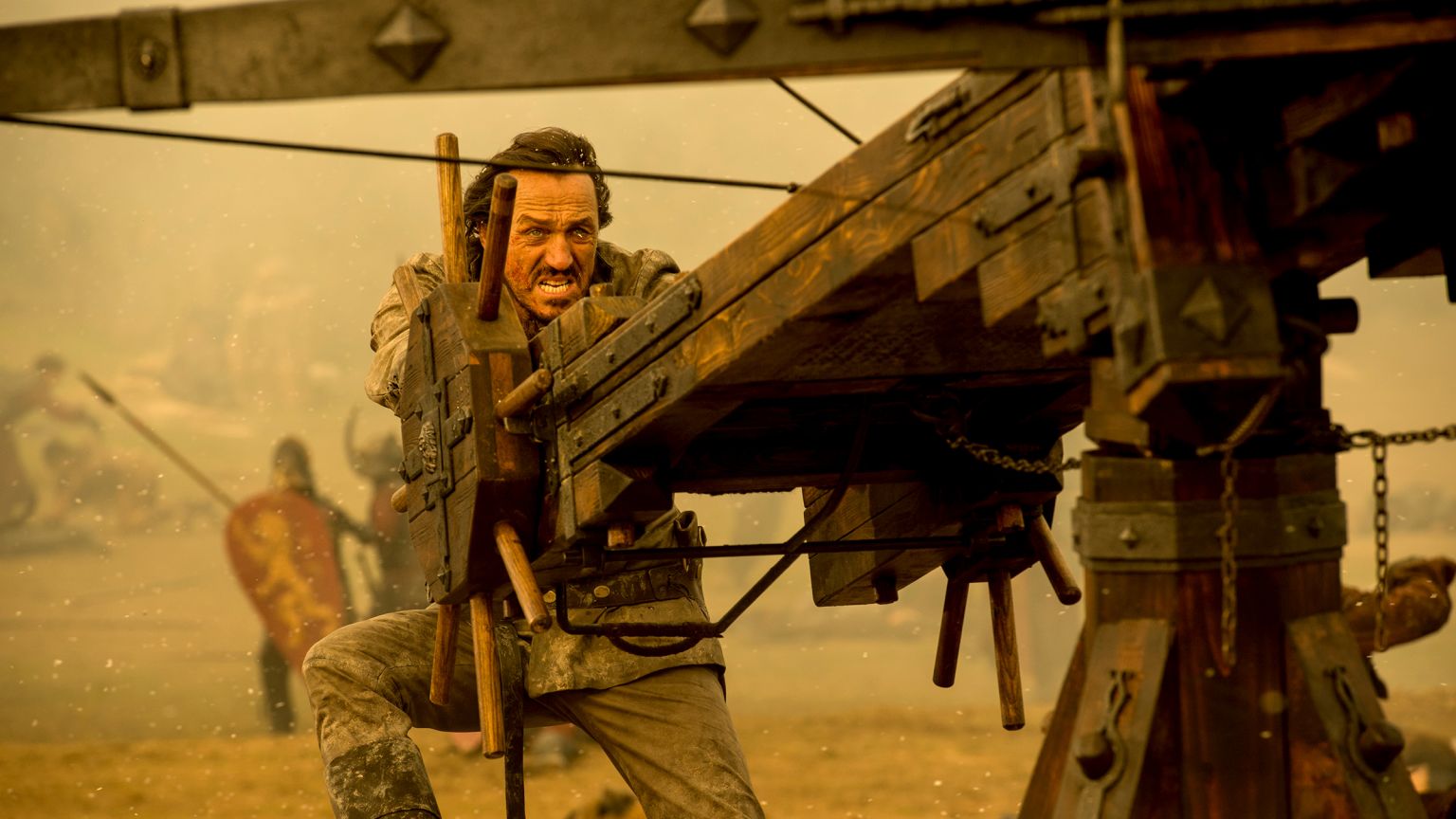 In Game of Thrones, dragons have always been a threat to others, and not so much the other way around, but season seven proved to be the exception to the rule: first, Bronn almost managed to kill Drogon with Qyburn’s scorpion (the giant crossbow-like weapon pictured above), and then the Night King skewered Viserion like a pig. This trend may continue in the eighth season, with Qyburn’s latest innovation in anti-dragon warfare!

Bronn’s failure in “Spoils of War” must have damaged Qyburn’s ego, as he apparently decided to improve his original design by following the adage of “the bigger, the better.” Steve Bird recorded a brief video of a crew member testing one of the new scorpions in front of the Paint Hall at Titanic Studios. I stabilized it, zoomed in, and slowed it down:

The difference might not be obvious, but you only have to compare the size—relative to the weapon—between Bronn in season seven and the crewman at Titanic Studios:

These changes could also be due to the fact that the version we knew was portable, while this one will be affixed on King’s Landing’s walls. Three of them will, in fact:

Drogon and Rhaegal better be careful (Viserion can suck it.) Whether it is the Night King or Daenerys (or perhaps both) who take their dragons to King’s Landing in season eight, they will face this new and improved weapon of war—and more than one, this time!

I wouldn’t discount the danger: these are functional props because an action scene will revolve around them again … except this is the final season, so no one is safe. Drogon got hurt already and Viserion fell to a similar projectile (before a certain Olympic javelin thrower revived him), so could it be Rhaegal’s turn to face Qyburn’s latest monster?