Dragons are Coming: The #GOT5DVD Experience | Watchers on the Wall | A Game of Thrones Community for Breaking News, Casting, and Commentary 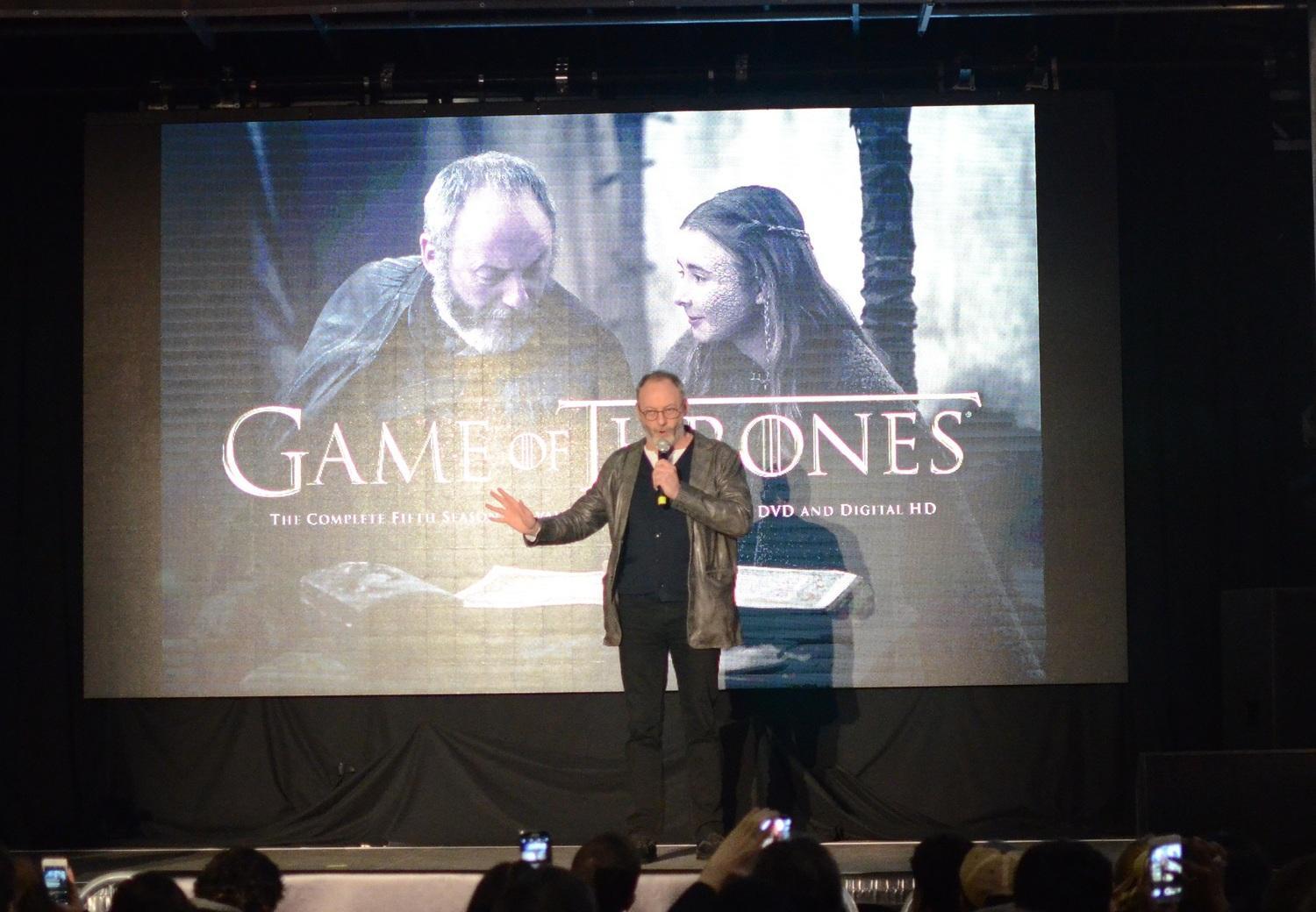 The information was rather vague, consisting mostly of tweets about dragons and free stuff. It was enough.

Game of Thrones fans started milling about Union Square as early as 7AM. By 8, the dragon landing was built, an awkwardly small patch of applied destruction that drew a light crowd throughout the day, but perhaps not what constitutes a spectacle in New York City. Police came early to haggle over the appropriate smoke machine levels and many from the gathered crowd were more puzzled than not, but the signage and staff had the message out soon enough: Game of Thrones season 5 is out on DVD and Blu-ray. And dragons were coming. 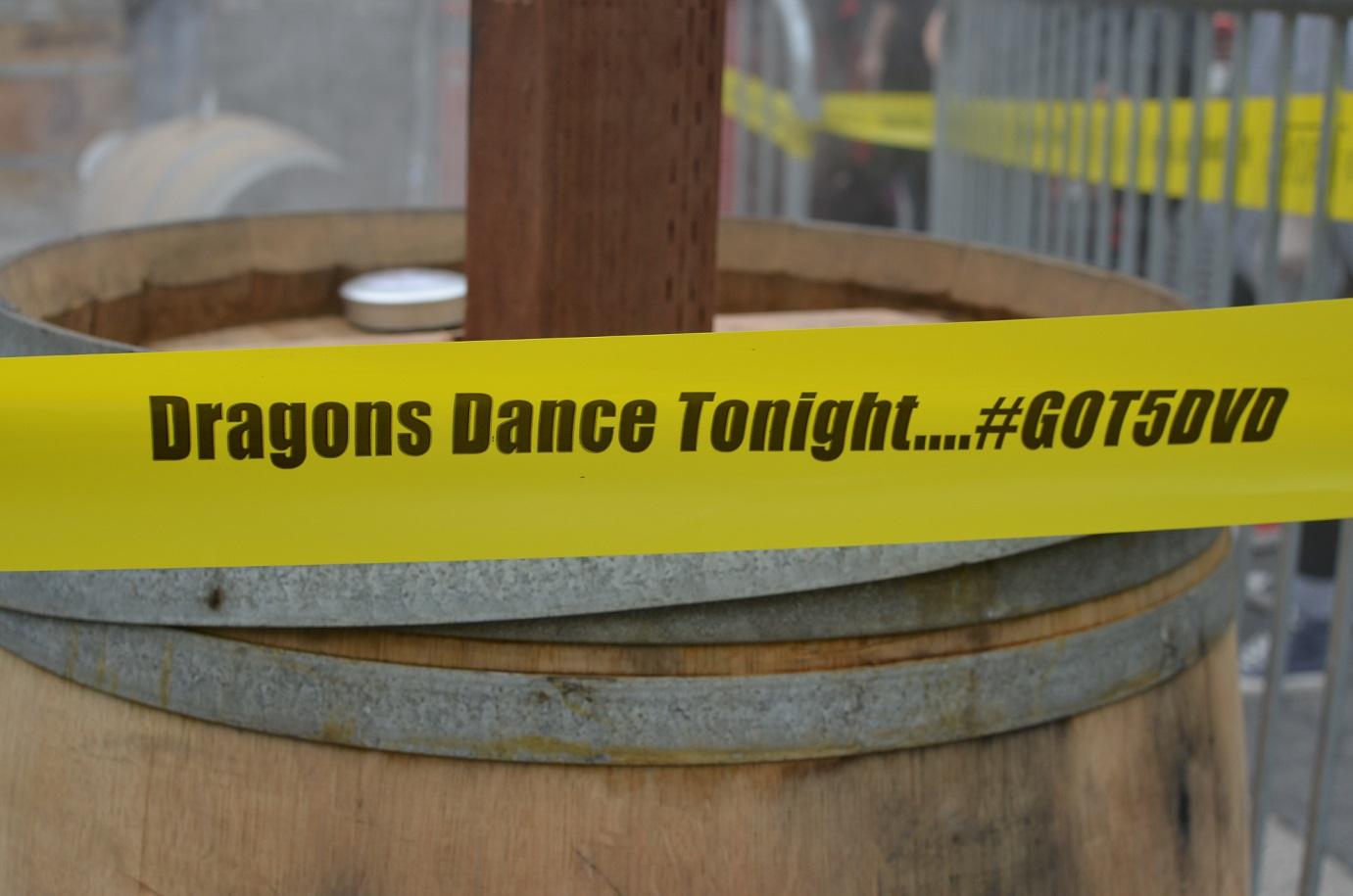 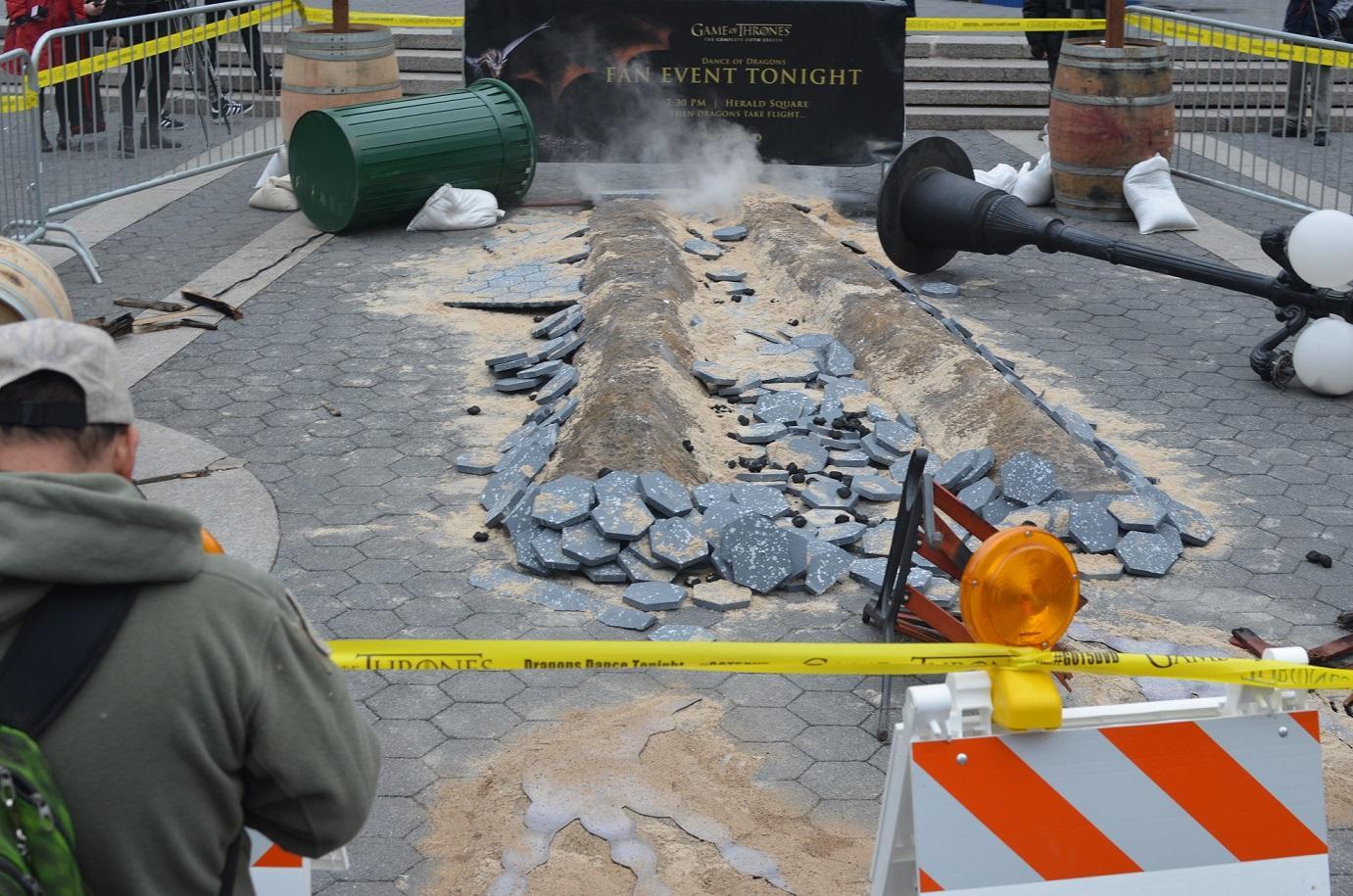 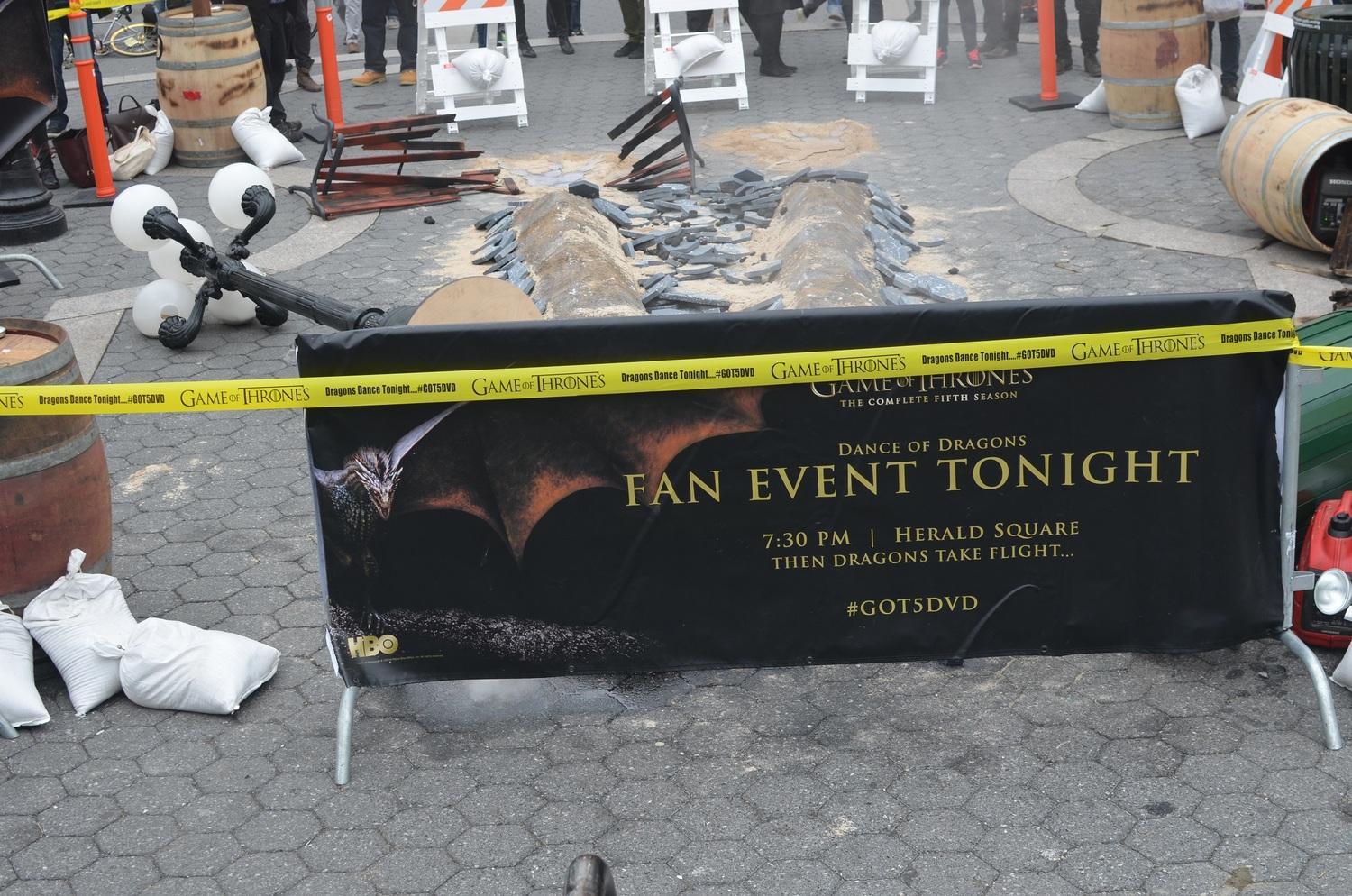 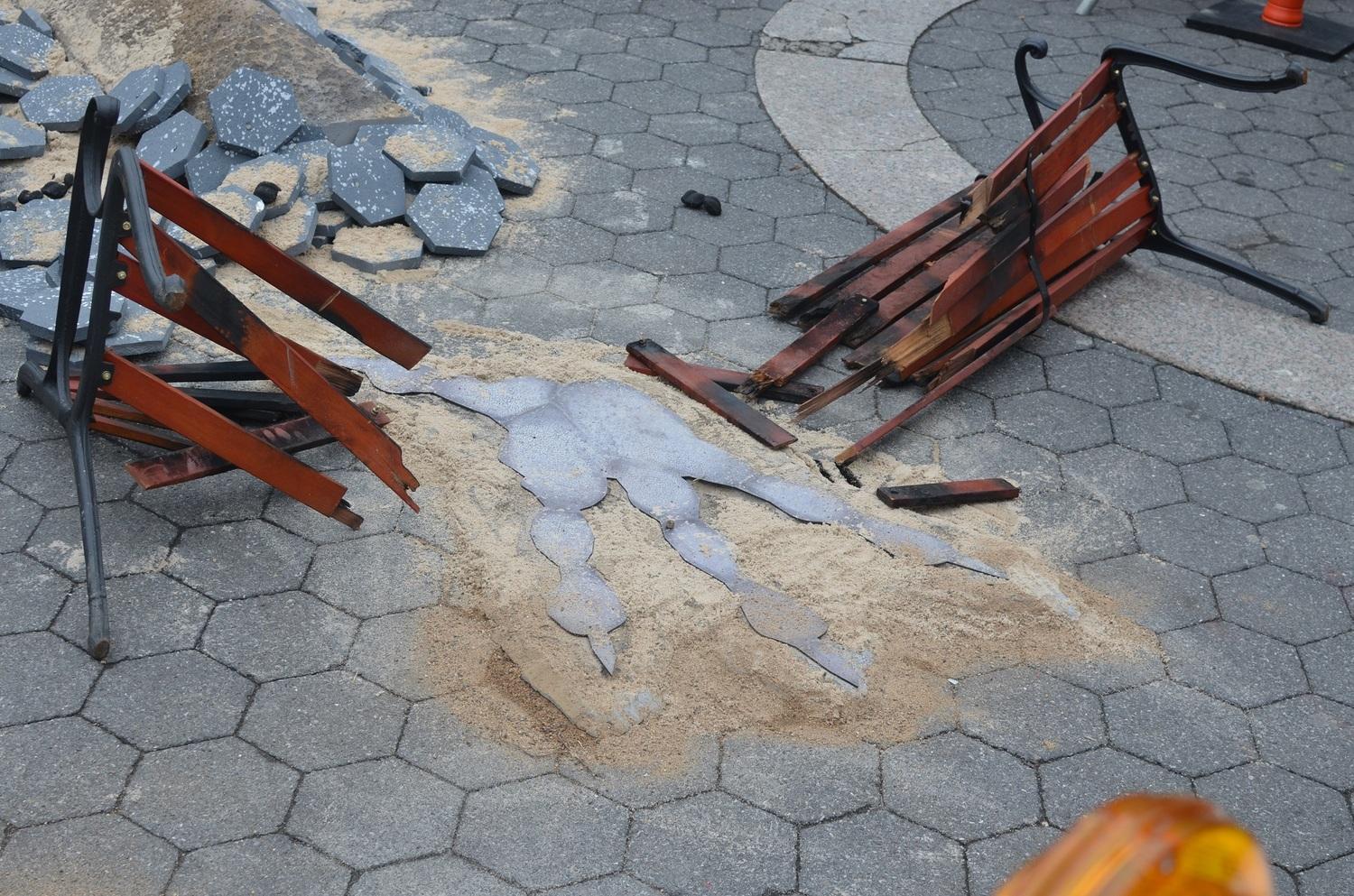 All of the ads and signs pointed twenty blocks north, to Herald Square, the small plaza in front of Macy’s. A stage and screen were set up directly under the giant billboard claiming “World’s Largest Store!” 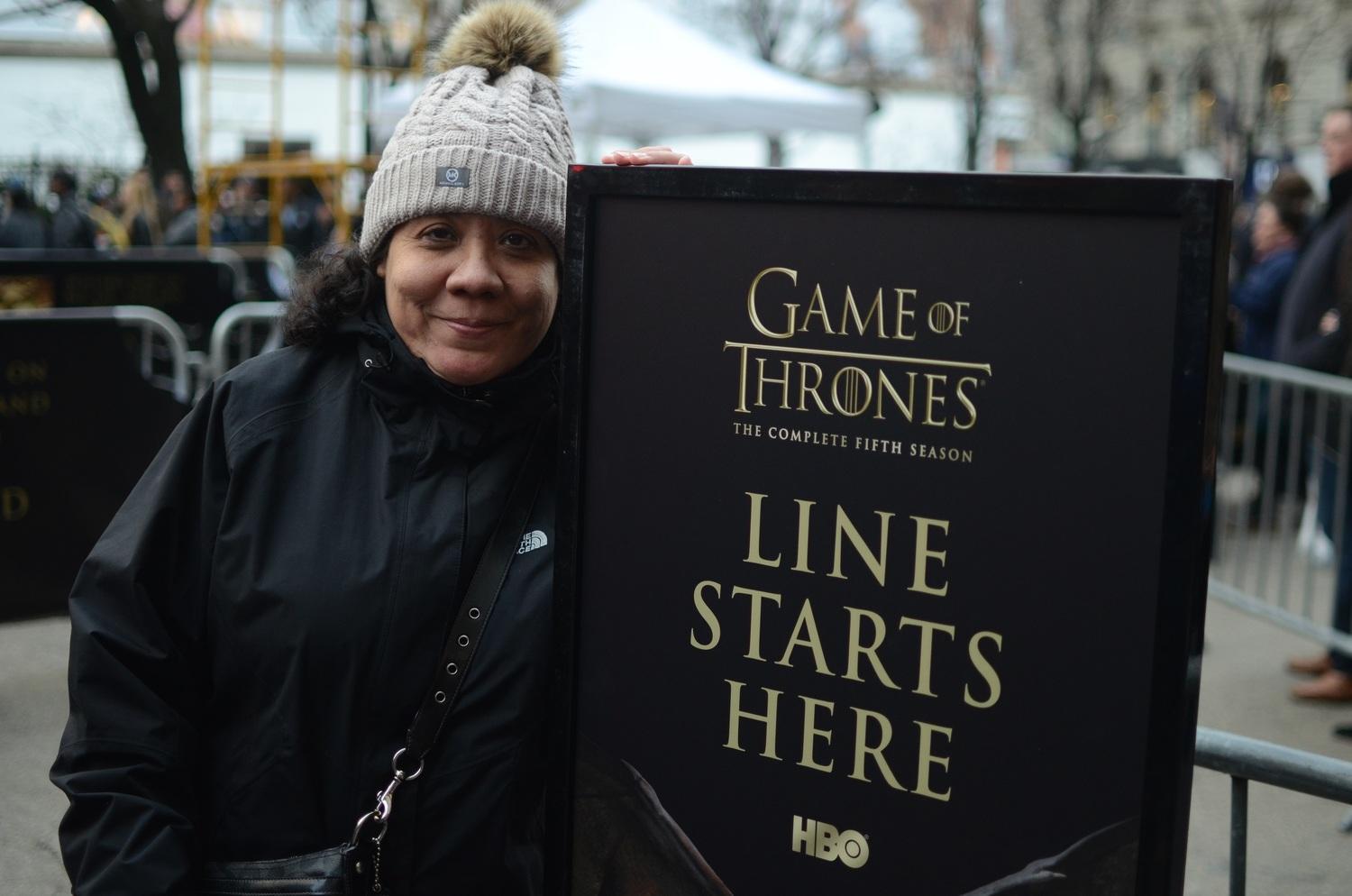 Margie Callow was one of those who had stopped by Union Square early, and her dedication was rewarded by being the very first person in line at Herald Square, at 9AM. The crowd grew, some who traveled across state lines just for the smallest chance of Game of Thrones swag or a cast sighting, but also others who were simply snared by the signage.

Some fans from the #GOT5DVD event: 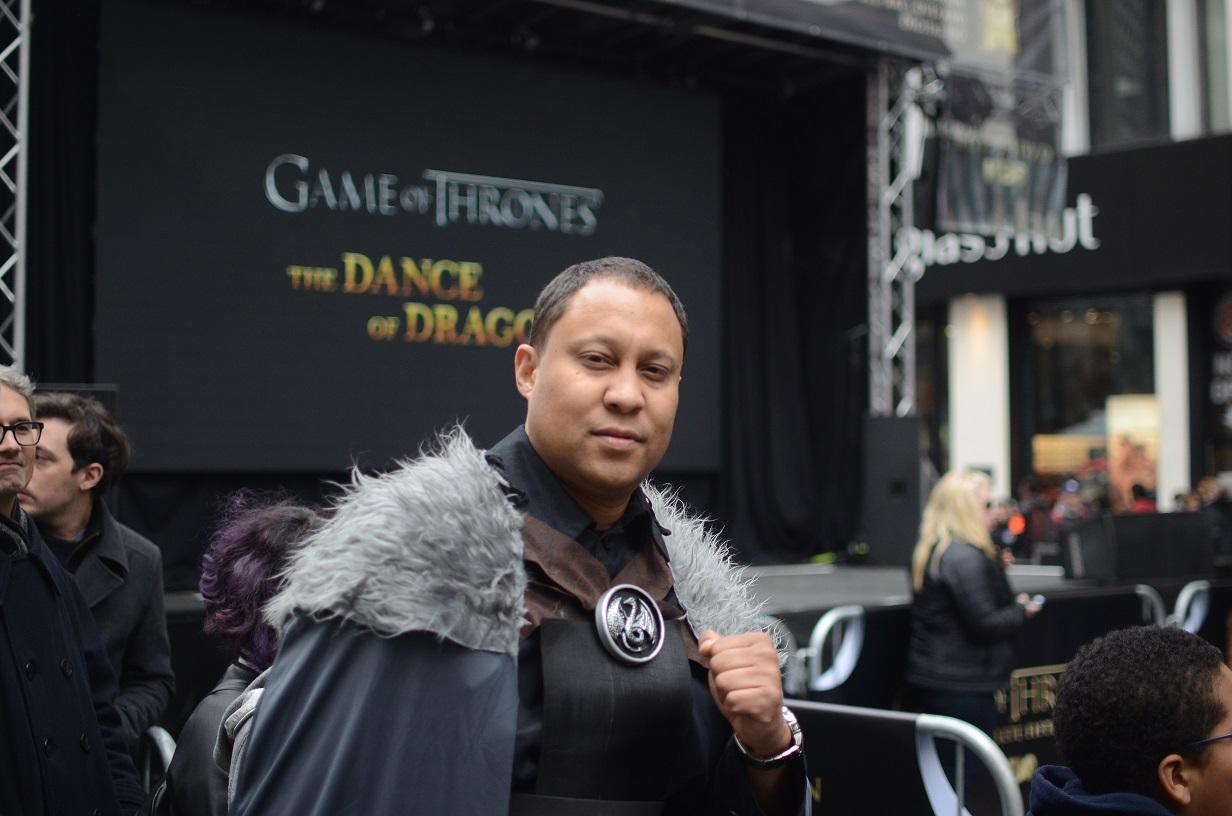 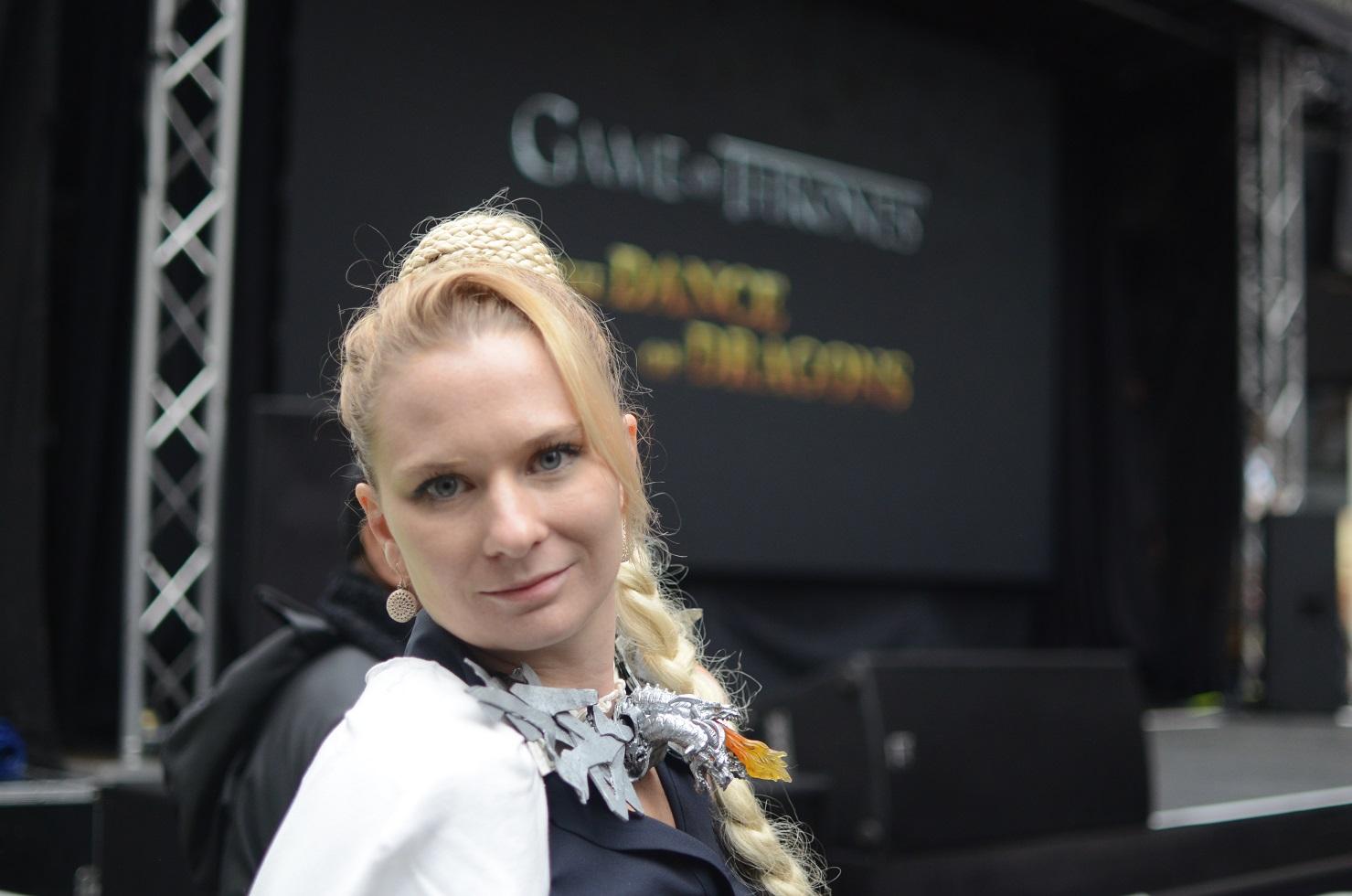 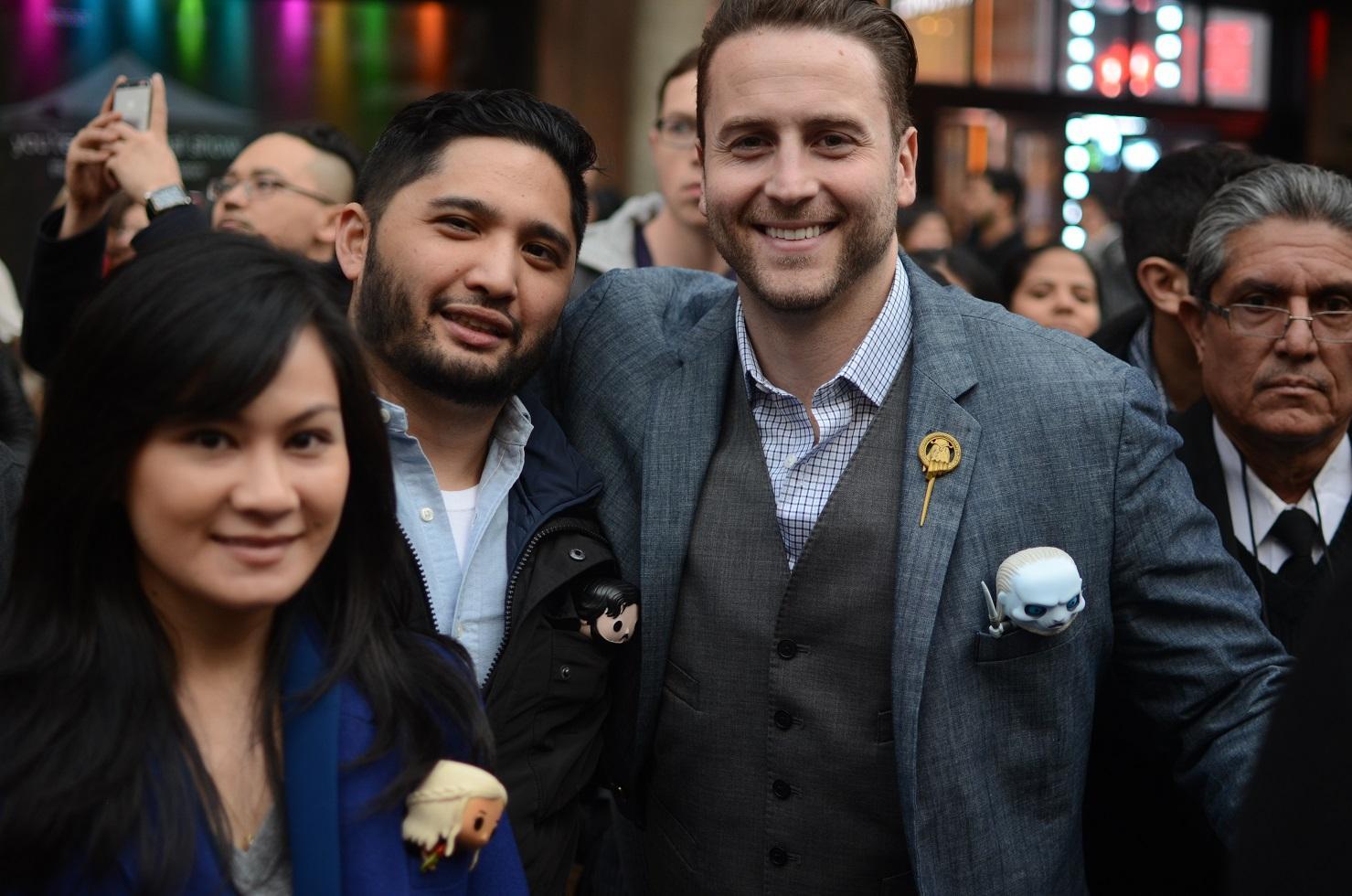 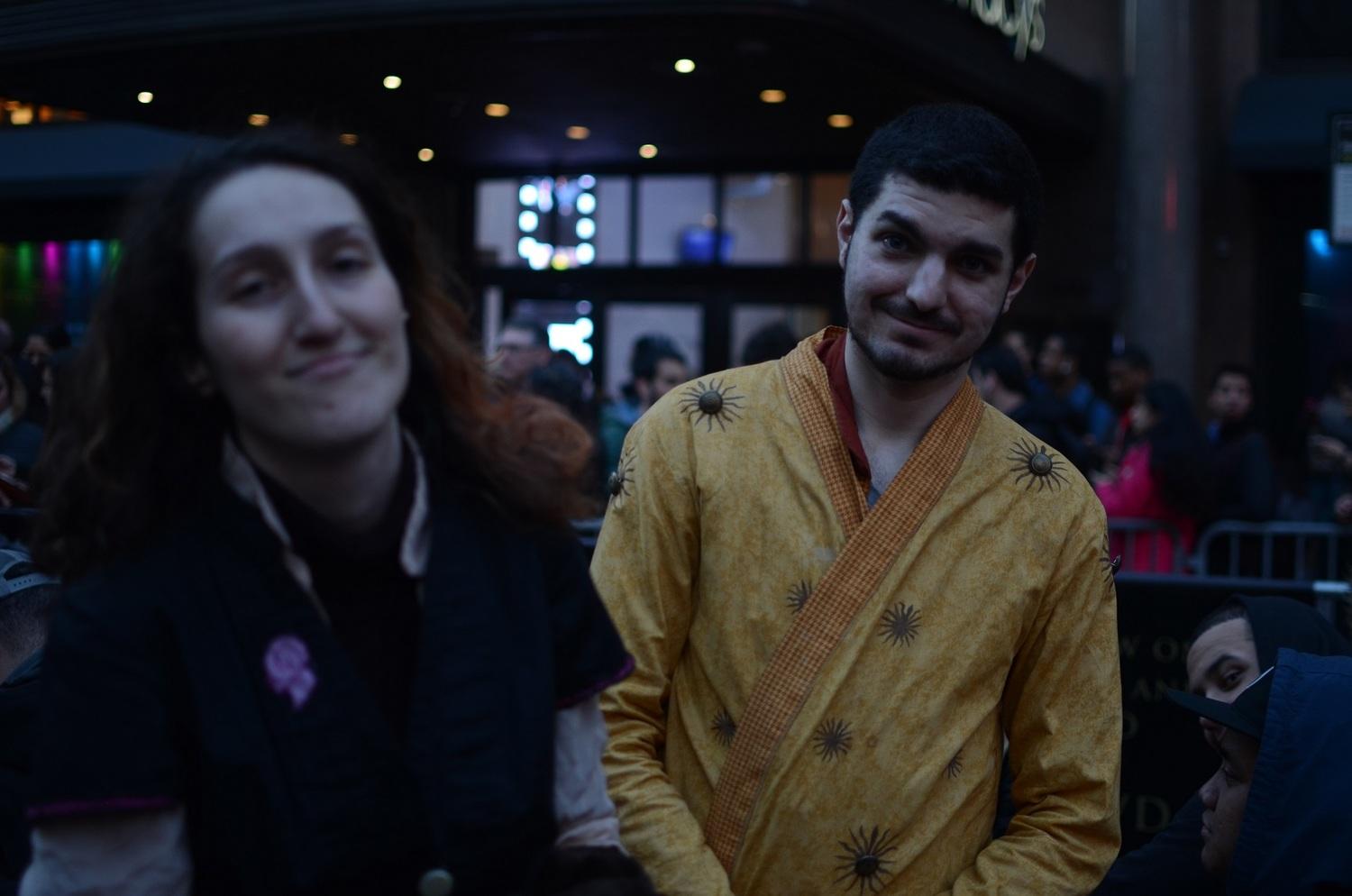 By 5PM, the line had grown long enough to wrap around the entire seating pen. Only the first 200 would get seats (and a free copy of the Blu-ray), and many stayed in line for hours only to barely miss the cut-off. 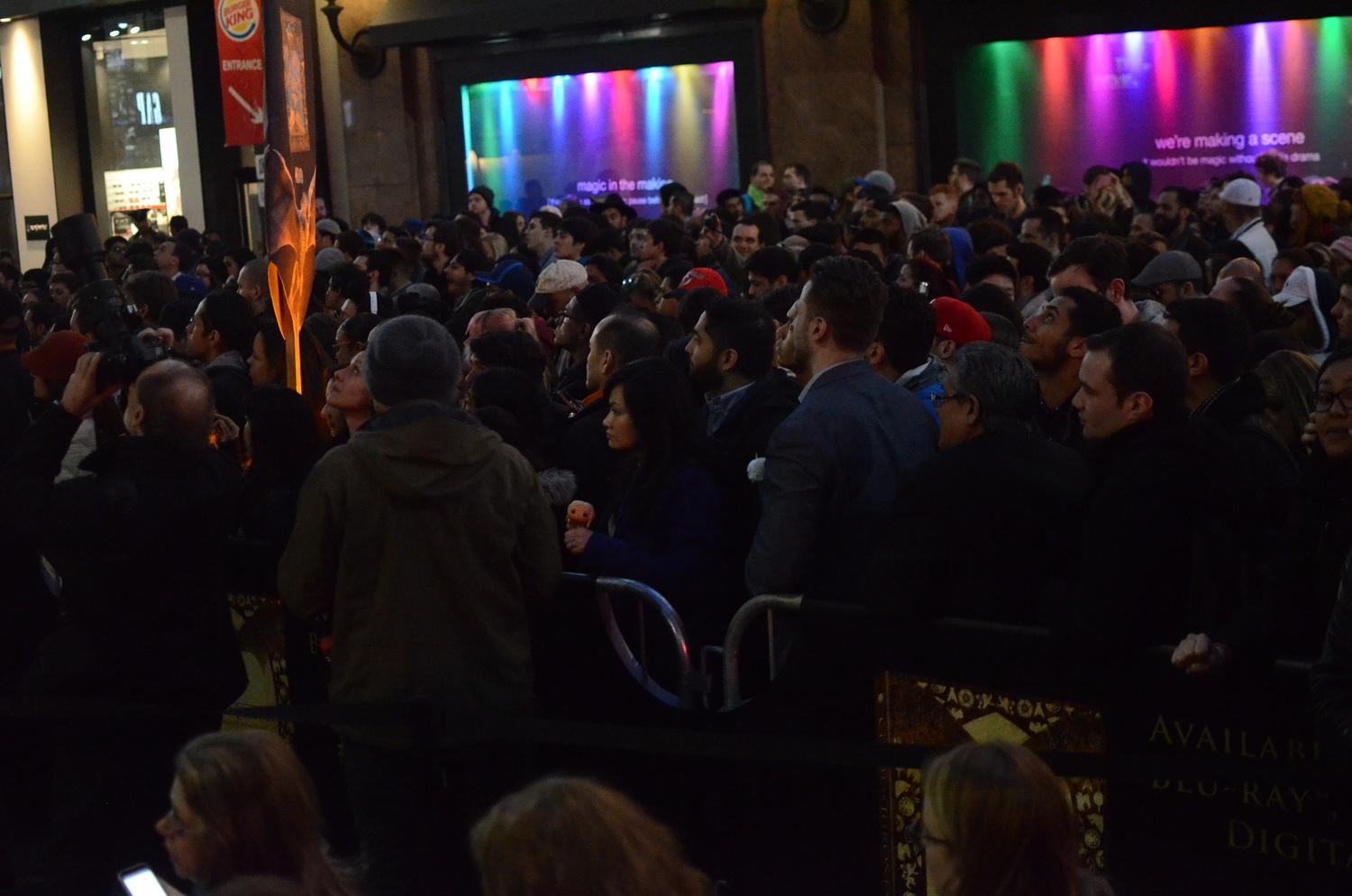 The screening was open to anyone on the sidewalk who could see and hear though, and the sitting audience was easily doubled by the crowds on the sides pressing into the police barriers. Cosplay was in full effect in the crowd, and even media members touted their nerd cred through Targaryen t-shirts and Star Wars bow ties.

At 6PM, the line was let into the seating area, and at 7:45, the screening started. Series writer Dave Hill got on stage to introduce the event, and he had the honor of revealing the evening’s biggest surprise: Liam Cunningham! 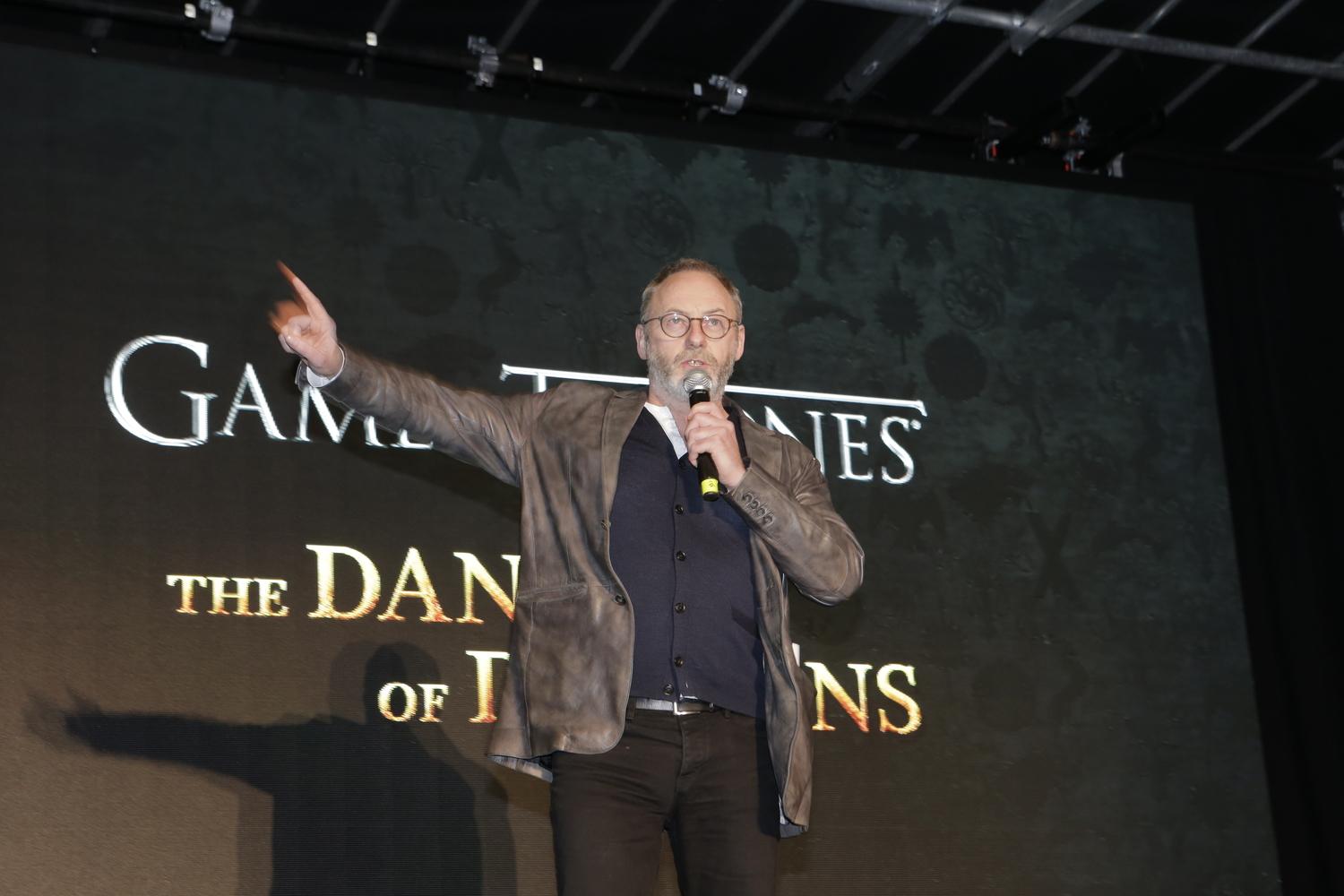 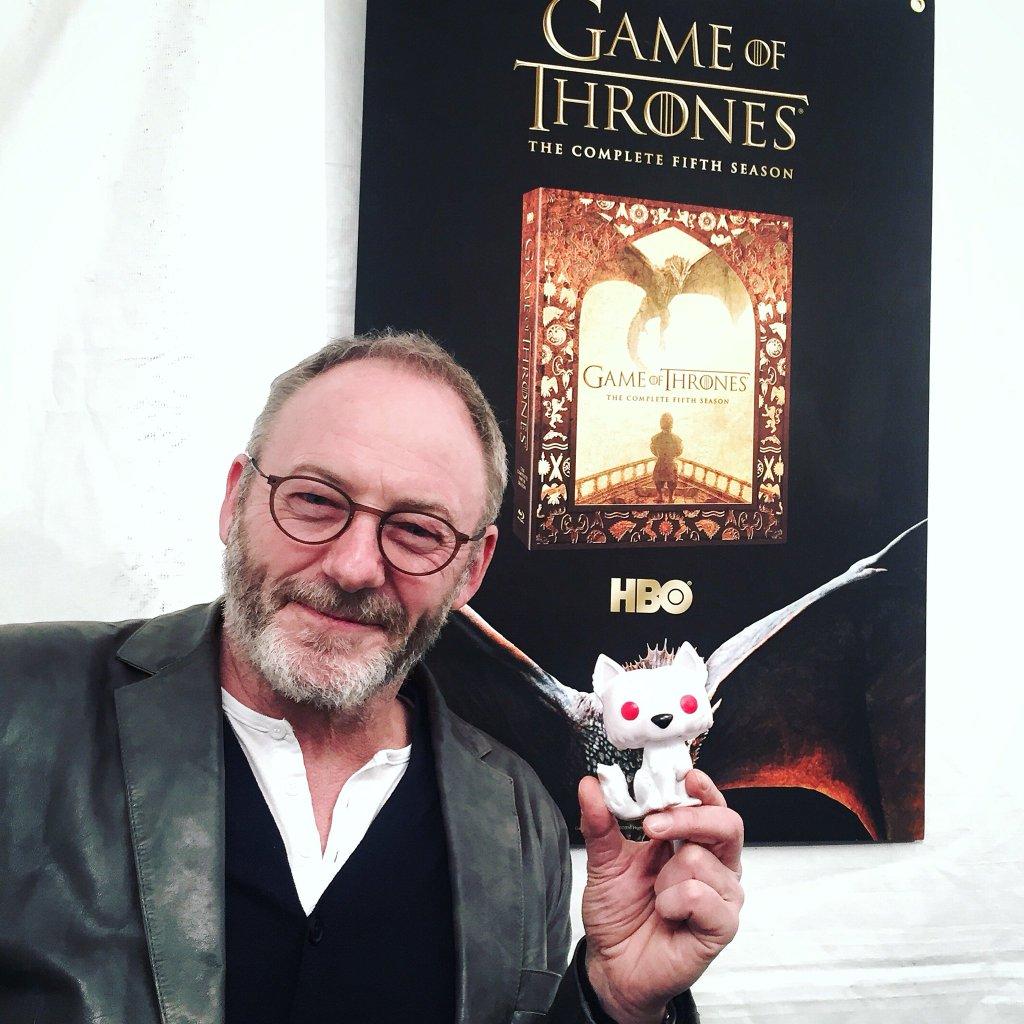 Cunningham, posing with a Pop! Ghost at the event. Photo: Twitter.com/GameofThrones

The crowd ooh’ed and awed at everyone’s favorite bannerman/pseudo father figure as he introduced the video: “The Dance of Dragons,” a twenty minute featurette from the new Histories and Lore. The video itself was censored for the public crowd, notably leaving out Blood and Cheese’s murder switcharoo and a joke about the other thing Nettles was famous for mounting. 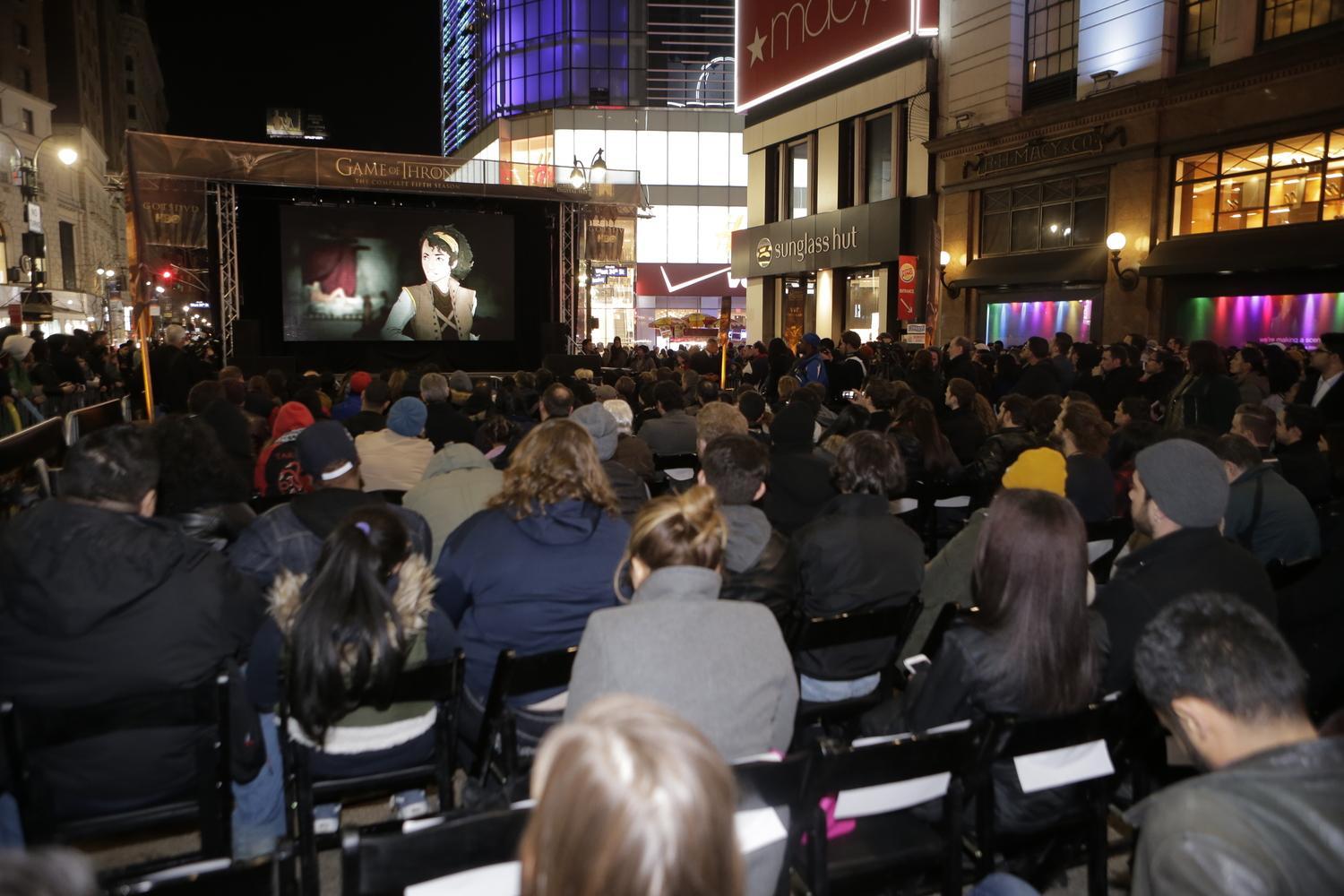 At the conclusion, Cunningham got back on stage to quip that the dragons were dead, but now they’re back with Daenerys Targaryen!

With a turn and flourish, he pointed the audience to the buildings overhanging the square. A comical beat later a huge golden dragon (Sunfyre!?) was projected onto the walls. The crowd chuckled at the projection and slowly dispersed. VIP fans were led to the greenroom tent to meet Liam and get their Blu-rays signed. Crews tore down the seats and signage.

By 9,  we were all back to waiting… for Game of Thrones season 6! 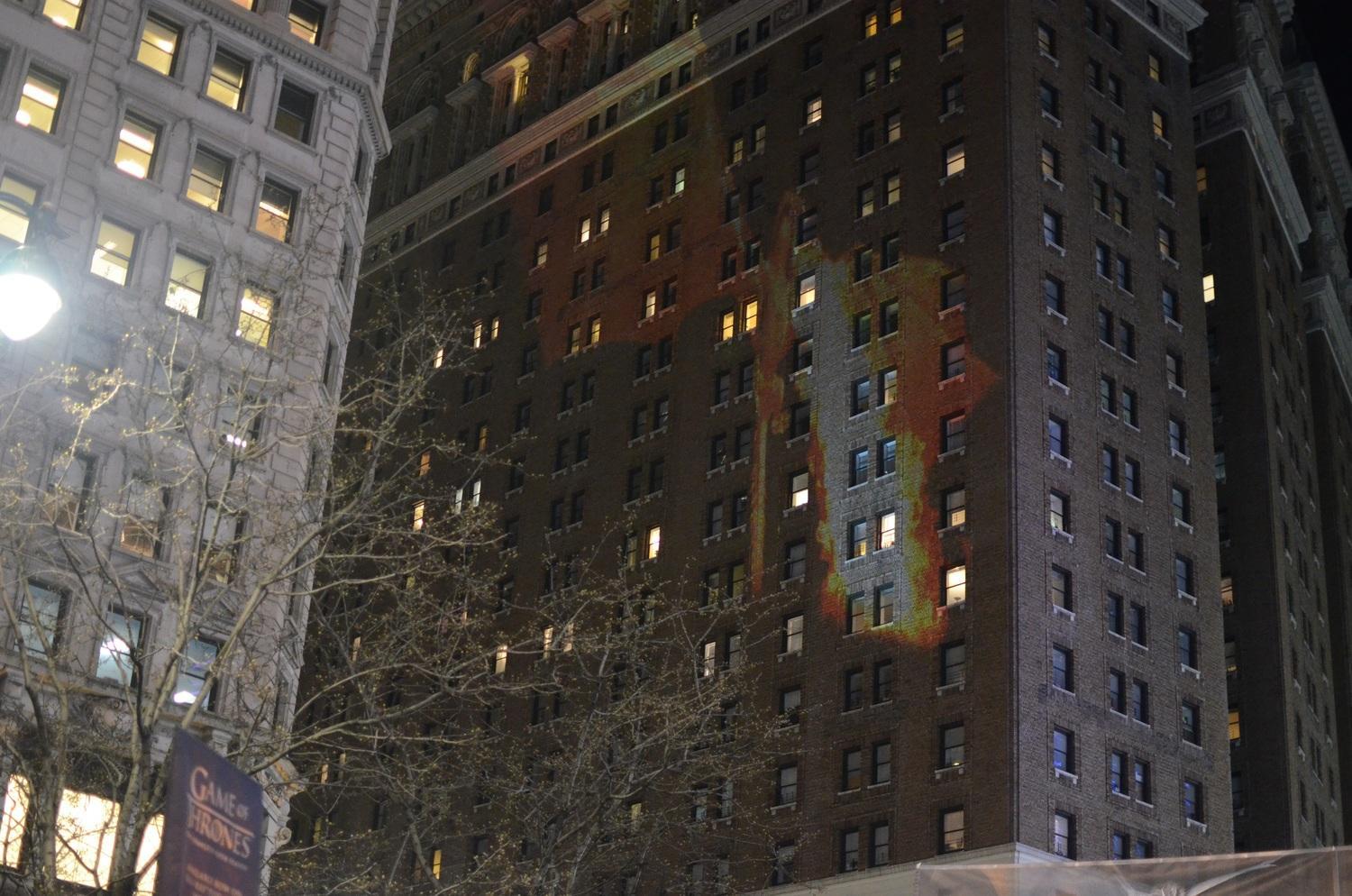 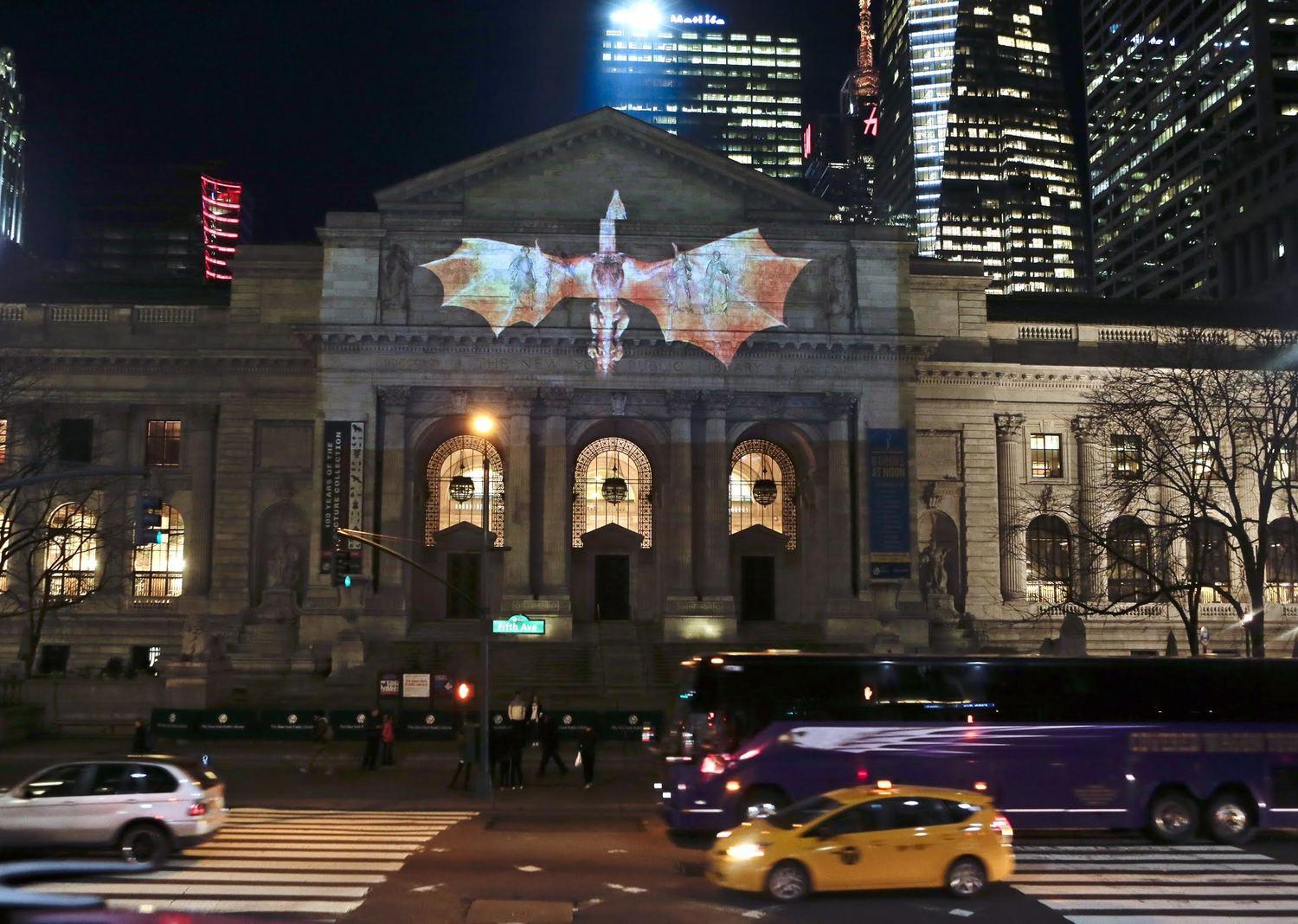 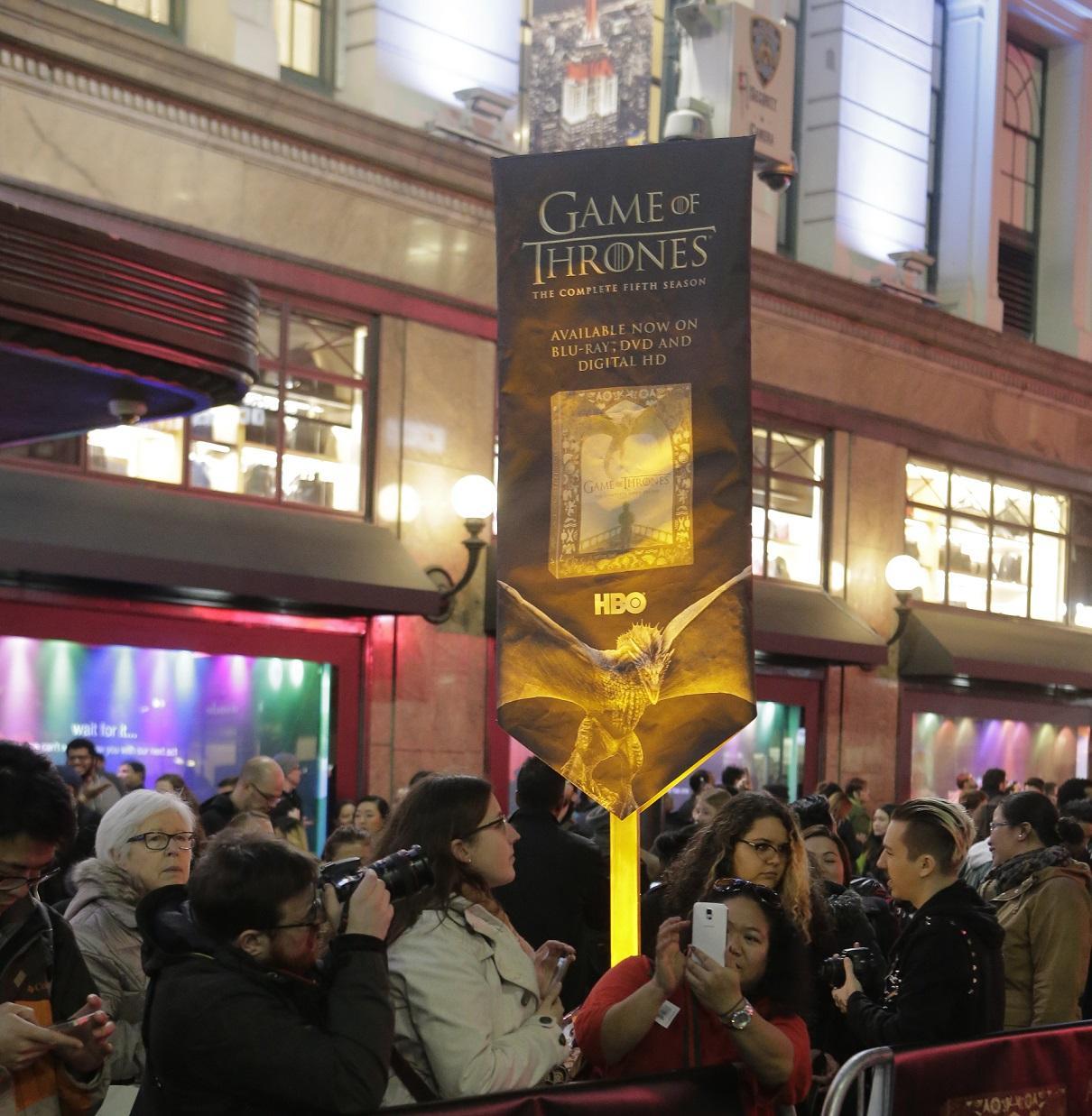