Director Sighting Sheds Light on Wolf Hill; Malpartida Wraps Up and Cáceres is Ready | Watchers on the Wall | A Game of Thrones Community for Breaking News, Casting, and Commentary 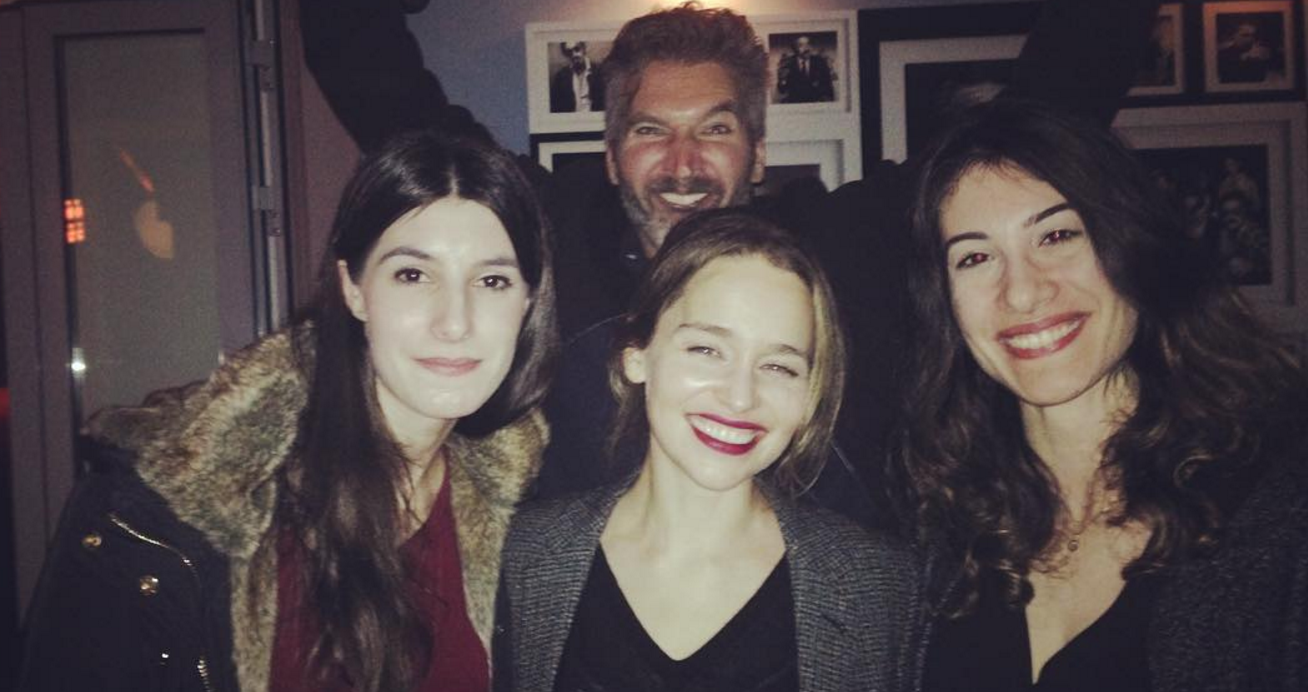 Game of Thrones wrapped up a three weeks-long shoot at Los Barruecos with an equally enormous party and now moves on to the city of Cáceres, which is ready for filming. Meanwhile, one of season seven’s directors was spotted in Belfast with certain cast members, not only situating him at the —coincidentally also three weeks-long— Wolf Hill Quarry shoot but also placing the related action sequence within the season.

Beware: There are references to season seven’s story below the cut. Spoilers ahead!

Game of Thrones director Alan Taylor was seen with Kit Harington and Iain Glen at Belfast Airport on Friday, probably leaving for the weekend before getting back to it:

Bundle of nerves tonight thanks to Lian Glen, Kit Harington and Alan Taylor for ALL signing my book for my wee family

As we reported, Glen and Harington, along with Rory McCann and Kristofer Hivju (as well as 300 wight extras), have all been filming at the Wolf Hill Quarry set, and Taylor’s appearance confirms the placement in the season for this huge sequence, if any doubt remained: It will be in episode six. Taylor famously directed the climactic episodes for the first season and almost half of season two, and after all these years he returns for a single yet decisive episode, the penultimate one —That is, the climactic episode in which we have been trained to expect shocking deaths and impressive battles. Think on its esteemed legacy: Baelor, Blackwater, The Rains of Castamere, The Watchers on the Wall, The Dance of Dragons (including the preceding Hardhome wouldn’t be a stretch either), and The Battle of the Bastards. It’s fair to say Alan Taylor has a lot to live up to.

Meanwhile in Spain, before any cameras roll at the Old Town of Cáceres, first they had to call it a day for the final time at Los Barruecos, in Malpartida. After a long three-week shoot, they have now wrapped up, all according to plan. Emilia Clarke arrived in the city a few days ago, presumably to film a few grounded moments for the dragonrider in this ambush she will lead against the Lannisters and Tarlys (who just sacked Highgarden); And on Friday, the cast and crew celebrated a massive wrap-up party, just as they did last year once they were done with the Battle of the Bastards shoot at Saintfield.

According to HOY, this private celebration was held at a trendy local establishment… with no less than 400 people! It seems all the cast and crew were invited. In the following pictures, we can see that —at the very least— the following talent celebrated the completion of this likely grueling sequence: Emilia Clarke, Nikolaj Coster-Waldau, and, last but not least, showrunner and amateur Nosferatu impersonator David Benioff:

Though there is no photographic evidence, HOY reports Peter Dinklage also attended the party, which lasted until 4 AM and was a huge success according to the owner. Still, earlier Dinklage did visit Alboroque, a local tapería, and we can see him with his usual sort-of-smile. I know it well, as it’s as much as I can usually muster for a photo: 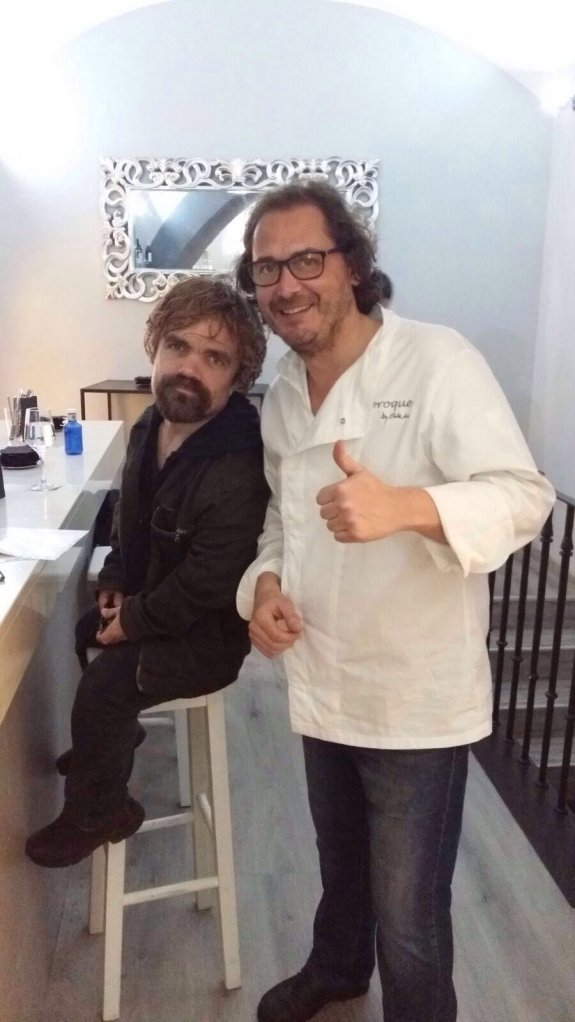 The photogenic Malpartida cast continues taking photos with fans, likely for the last time. I think we’ll all miss seeing James Faulkner around… Oh, and Tom Hopper, Jerome Flynn, and Nikolaj-Coster Waldau (Is this crush on Faulkner healthy? Yes, it is.)

thanks to @JeromeFlynn for letting me have a picture with him ; ) pic.twitter.com/XwKf6O8i1S

Let’s now take a look at the finishing touches made by the Game of Thrones set designers at the Old Town, before filming takes place next Wednesday and Thursday. The San Francisco Javier Church at Plaza de San Jorge has been given a face-lift to look less like a blindingly white Southern European building: Its walls have been painted over with a dirtier ocher color which would look right at home in King’s Landing:

The gates of the Concatedral de Santa María now have a Lannister look to them:

Every time a city’s medieval neighborhood is turned into the faux-medieval world of Westeros, there are two sets of props that will inevitably make an appearance: Ivies to make the walls look more colorful; and awnings over almost every street.

Christmas decoration at Palacio de Carvajal or thematization for #GoT filming at Cáceres? Who knows…

By the way, these woven mats not only look good and ensure cinematographers can rely on more varied yet controlled lighting, but they also happen to be historically accurate —Busy street-markets in ancient and medieval cities were covered with them. After all, everyday life took place on these streets, and that can be quite dangerous under the hot Southern European sun —Which works just as well for King’s Landing, I imagine.

Again, as usual, they have hidden (and, if needed, removed) anything remotely modern or specifically Spanish —Plumbing and streetlights, and historical statues and plaques:

All the streetlights removed from Plaza de Santa Maria and the statue of San Pedro perfectly hidden…all ready for #GoT filming at Cáceres pic.twitter.com/XvKiYrLgbv

Arco de la Estrella another place where filming will take place for #GoT at Cáceres…At least I suppose for this Little details… pic.twitter.com/zT5xLSjGlk

Malpartida wrapped up, Cáceres is ready, and so are we! We’ll return on December 14 at the latest with news about the two day-long filming in the city. I don’t think it’s too optimistic to expect a glimpse of the actors involved, but there is always hope we’ll get more —That we’ll get to lay our eyes on whatever they film at the Monumental City.